Here’s everything you need to know ahead of the Nations League game between Ireland and Scotland.

The Republic of Ireland take on Scotland in their third Uefa Nations League game on Saturday afternoon.

Here is everything you need to know about the game, including squad news, form, and TV channel details. 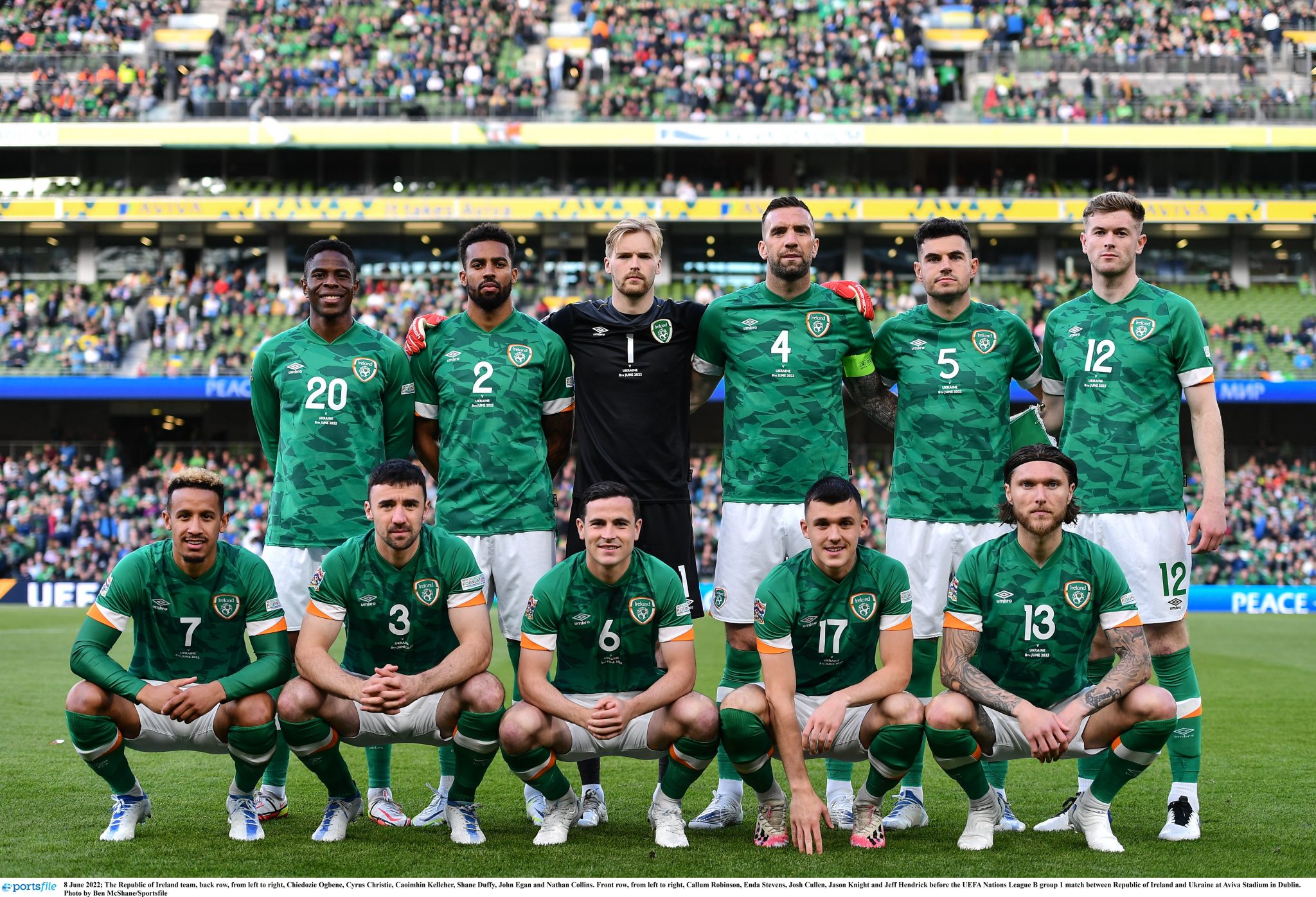 END_OF_DOCUMENT_TOKEN_TO_BE_REPLACED

Stephen Kenny's side host Scotland at the Aviva Stadium in their second home Nations League game in four days.

Scotland are currently ranked 39th in the FIFA world rankings and come into the match after Wednesday's 2-0 win against Armenia at Hampden Park.

END_OF_DOCUMENT_TOKEN_TO_BE_REPLACED

Steve Clarke's side lost 3-1 to Ukraine last week in the Playoff semi-final for the World Cup following a second-place finish in their qualification campaign.

Their star player is Liverpool defender Andy Robertson. The Scotland captain played in the Champions League final against Real Madrid at the Stade de France in May.

Ireland have played against Scotland 11 times, the pair have beaten each other four times with the remaining three games ending in draws. 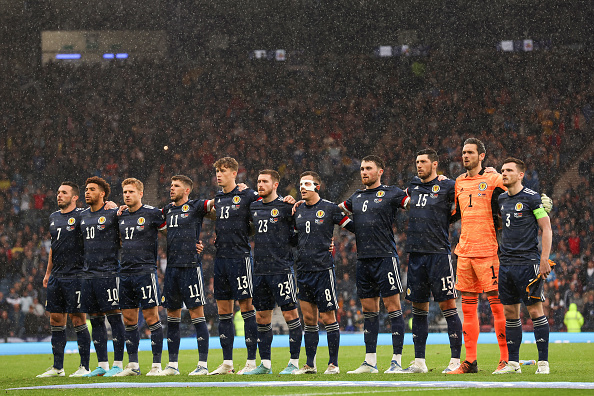 Ireland's form going into the match against Scotland.

END_OF_DOCUMENT_TOKEN_TO_BE_REPLACED

Kenny's side face Scotland having suffered back-to-back 1-0 defeats to Ukraine and Armenia respectively. The Boys in Green are yet to register a win in the Nations League since the competition began in 2018, having drawn five and lost seven.

Ireland registered 27 shots in their two matches in June, however, they are yet to score this campaign as they sit bottom of their Nations League group.

Kenny's team are ranked 47th in the world, despite having not won a competitive game at home for almost three years. Ireland are involved in a battle against relegation from League B. 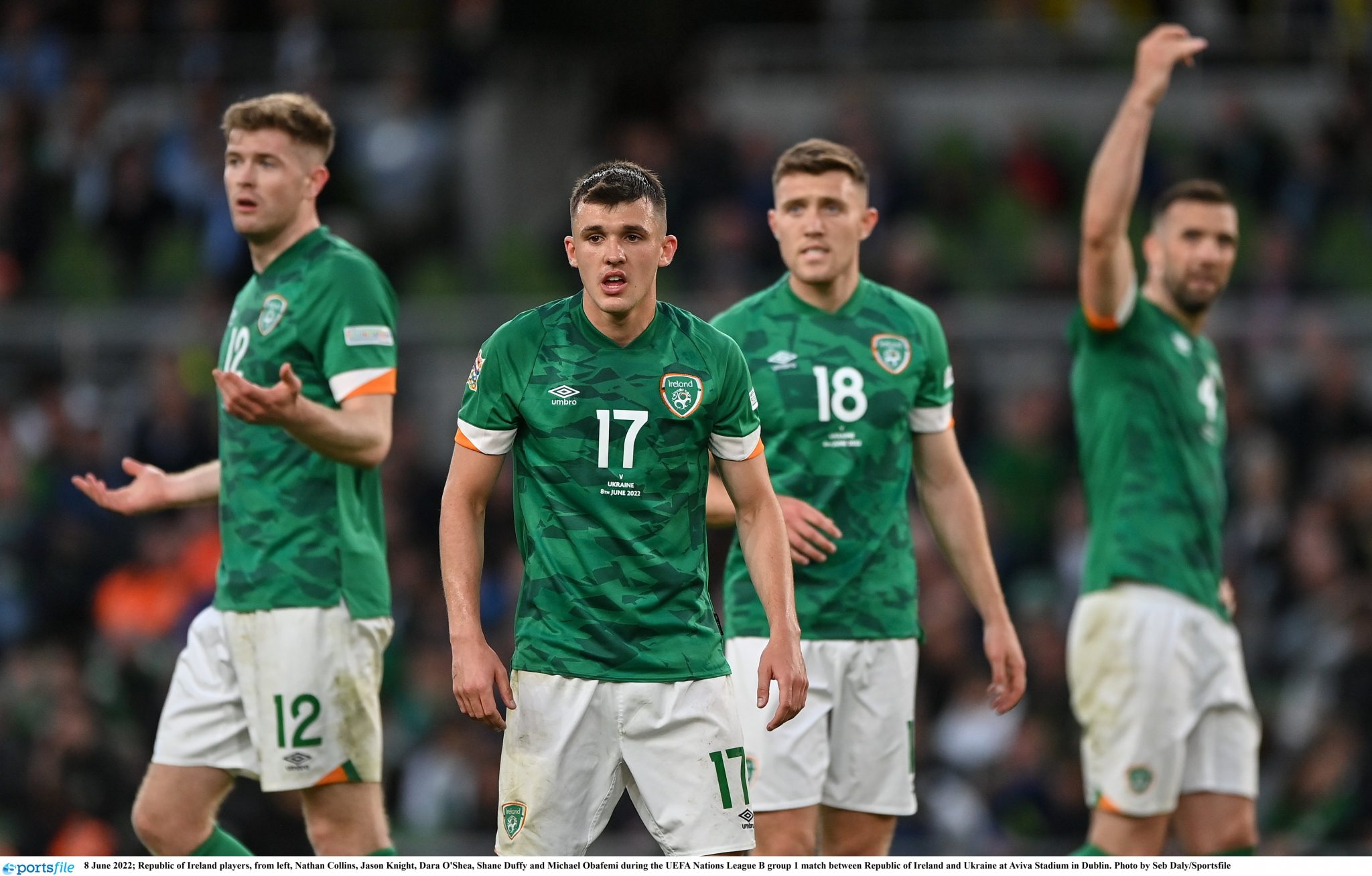 What TV channel is Ireland v Ukraine match on?

You can also watch the Uefa Nations League clash with a NOW Sports Extra Membership.

UEFA Nations League and the European Qualifiers for UEFA Euro 2024 are coming to Premier Sports! 🏆

We will be bringing you over 400 live games, including exclusive Scotland, Northern Ireland and Republic of Ireland fixtures from 2022-2024!

Who is in the Ireland squad?

Here is Ireland's squad for the two remaining Nations League fixtures in June.