Martin O'Neill laments that Ireland no longer have Robbie Keane, but very few teams have a player like Robbie Keane

"He was the only one that you could rely on to actually score goals."

The Republic of Ireland squad trained in Dublin on Tuesday afternoon ahead of two crucial games in the Uefa Nations League against Denmark and Wales.

In the press conference following the run out at the Aviva Stadium, O'Neill spoke about the team's lack of goalscoring threat.

The Ireland manager conceded that his forwards' paltry returns are something of a concern ahead of the upcoming fixtures. 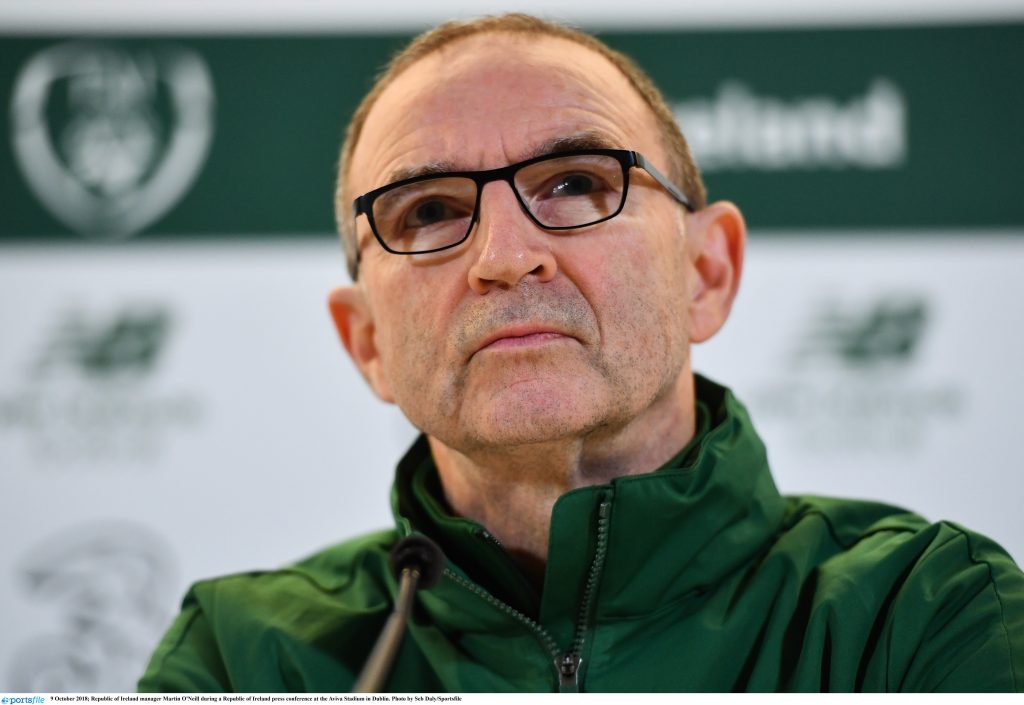 END_OF_DOCUMENT_TOKEN_TO_BE_REPLACED

Long has 17 of those goals in 81 caps, and O'Brien netted on his debut against Poland last month.

O'Neill rued Ireland's lack of cutting edge and spoke about the one Irish player who always got the goals for the national team - Robbie Keane. 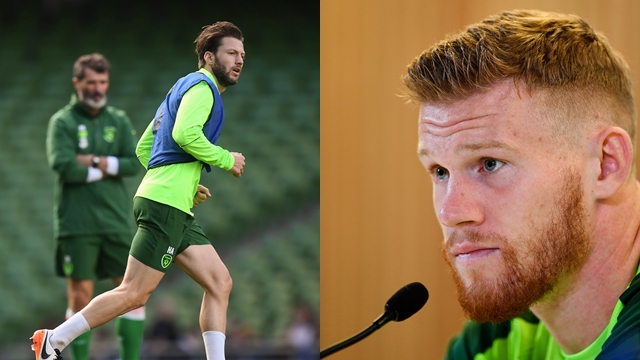 "As long as he's here, he's got my full backing" - James McClean speaks about Harry Arter's return to the Ireland squad

"I'd tell Harry myself that I don't agree with that"

"I have had this problem with the national side here for five years," O'Neill said.

"It's been a long existing problem before that. I obviously inherited an older Robbie Keane than I would like to have done. But he was the only one that you could rely on to actually score goals.

"Jon Walters took on that mantle during the Euro qualifying. That was great. But you wouldn't have said that Jon was a prolific goalscorer in that sense, certainly not in the way that Robbie Keane was.

"In truth, we don't have anyone who has proved themselves to be a prolific scorer. So, it is a difficult one.

"Shane is not that (a prolific goalscorer). He hasn't scored at club level now for quite some considerable time, and of course that plays with your mind.

"But you have to be very, very strong and think when the next chance that comes along, 'this is the one that I'm going to take'." 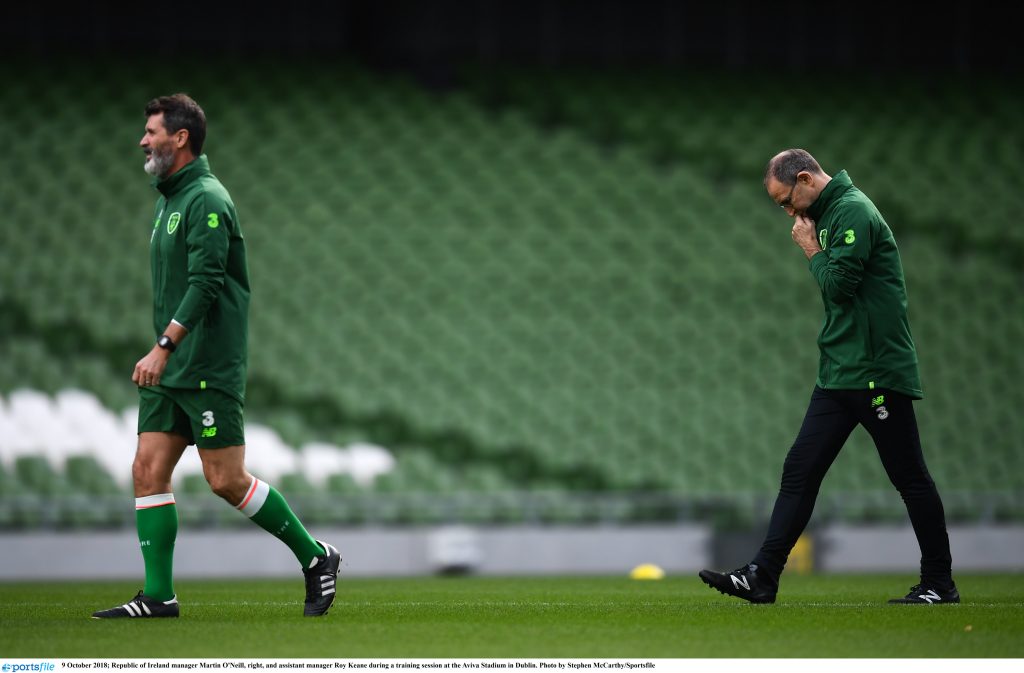 END_OF_DOCUMENT_TOKEN_TO_BE_REPLACED

Of course, O'Neill has a point. Long has qualities, but he has struggled for goals at club and international level in recent years.

He last found the net for Ireland two years ago against Moldova. The Southampton forward has scored just seven goals in his last 79 games at club level. While the rest of Ireland's forwards are inexperienced at international level.

It's not an exaggeration to say that Shane Duffy, the Brighton central defender, is now the national team's best chance of scoring a goal.

Those who always appreciated him knew that the day would come when the Ireland team would miss the former Tottenham striker. Keane was a goalscoring phenomenon at international level, scoring 68 goals in 146 appearances across 18 years with the national team. 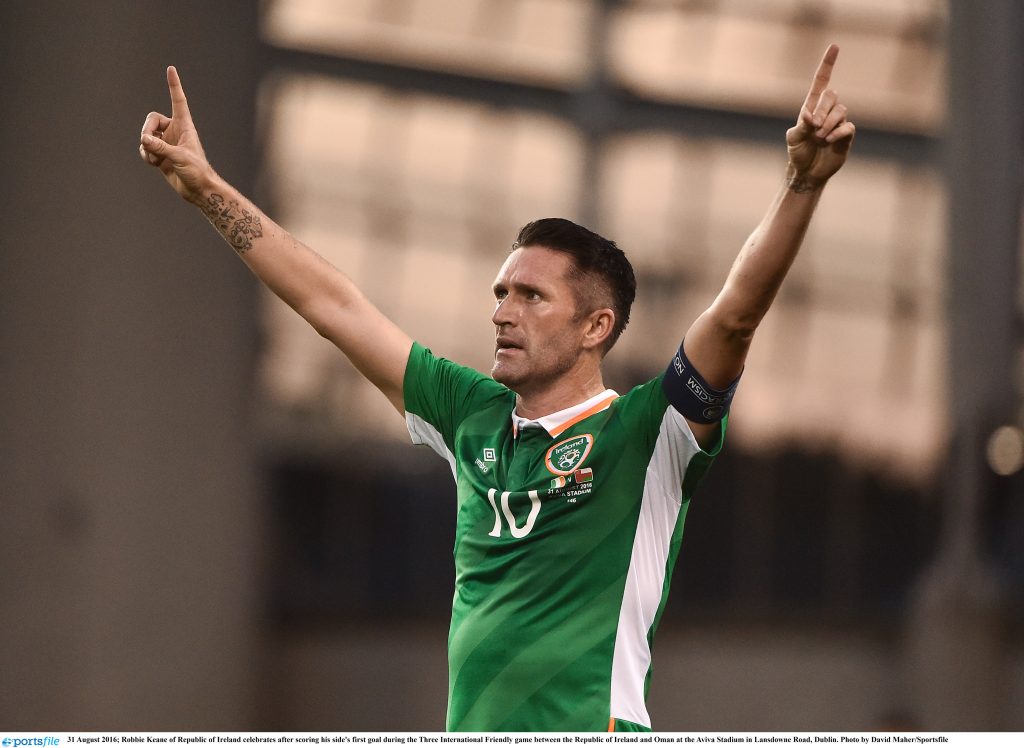 Keane arguably never got the credit he deserved for his achievements with Ireland, during his time with the team and since his retirement from international football following Euro 2016.

The former Ireland captain was a gifted footballer. He was intelligent, skilful and blessed with excellent spatial awareness, as well as an uncanny knack for being in the right place at the right time.

His goals weren't flukes and didn't just come against minnows. Italy, France, Germany, Spain and the Netherlands are among the blue-chip football nations he scored against. 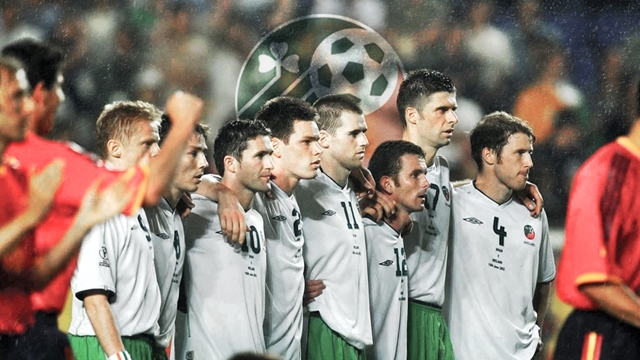 However, it could be argued that mourning the lack of a goalscorer in the Robbie Keane mould is somewhat in vain.

There'll never be another Robbie Keane and there wasn't one before he came along. What other small European country has such a player or ever did?

He was an outlier. To lament his departure is understandable. Yet, it is also somewhat misguided when one looks at the wider context. 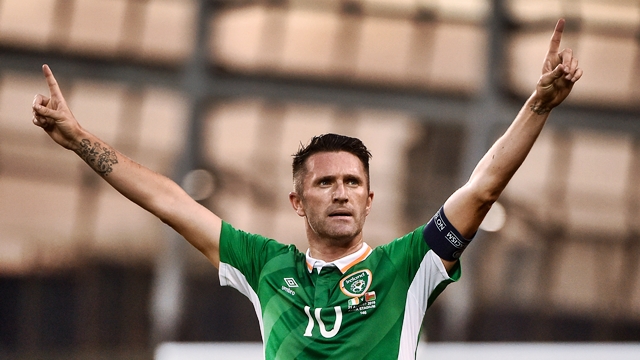 He scored against a lot of countries during his international career. Can you name every country ...

Compared to their Ireland records, Long's own return seems perfectly acceptable. But, when compared to Keane's record, the forward's goal return, of course, looks modest.

O'Neill may not have Robbie Keane, but very few managers do. There are other ways to find the net, and Ireland may need to find another route to goal against Denmark and Wales.


popular
Rangers legend says he and Roy Keane didn't speak during Man United spell
The coolest customer in hand-ball hoping to carry on the family tradition for Kilkenny
Oli McBurnie: Police investigating video of alleged 'stamp' on Nottingham Forest fan
Josh van der Flier and Sam Monaghan win big at Irish rugby awards
Rhodri Giggs accuses Gary Neville of hypocrisy over Salford sacking
"I think there are only five Kilkenny players who are guaranteed to start on any given day" - Cody's motivational methods
FootballJOE's Career Path Quiz: #6
You may also like
5 days ago
Five Ireland players who could be on the move this summer and the clubs they could sign for
1 week ago
Wayne Rooney takes aim at Paddy Kenny's goalkeeping in Man City title win
1 week ago
Joey Barton comments on Glenn Whelan's future following Bristol Rovers promotion
1 week ago
Tottenham and West Ham chasing Ireland Under-21 star Ollie O'Neill
1 week ago
Two Premier League clubs interested in signing Gavin Bazunu on loan from Man City
1 week ago
Scott Parker claims Mark Travers 'epitomises everything' Bournemouth are
Next Page