Ireland have moved up three places in the Fifa rankings.

The Republic of Ireland have moved up three places in the latest Fifa world rankings. Stephen Kenny's side were ranked in 50th place going into November's World Cup qualifiers against Portugal and Luxembourg.

Ireland drew the first match 0-0 with Portugal and then recorded a 3-0 win away to Luxembourg last Sunday. As a result, the national team end the year ranked 47th in the world. 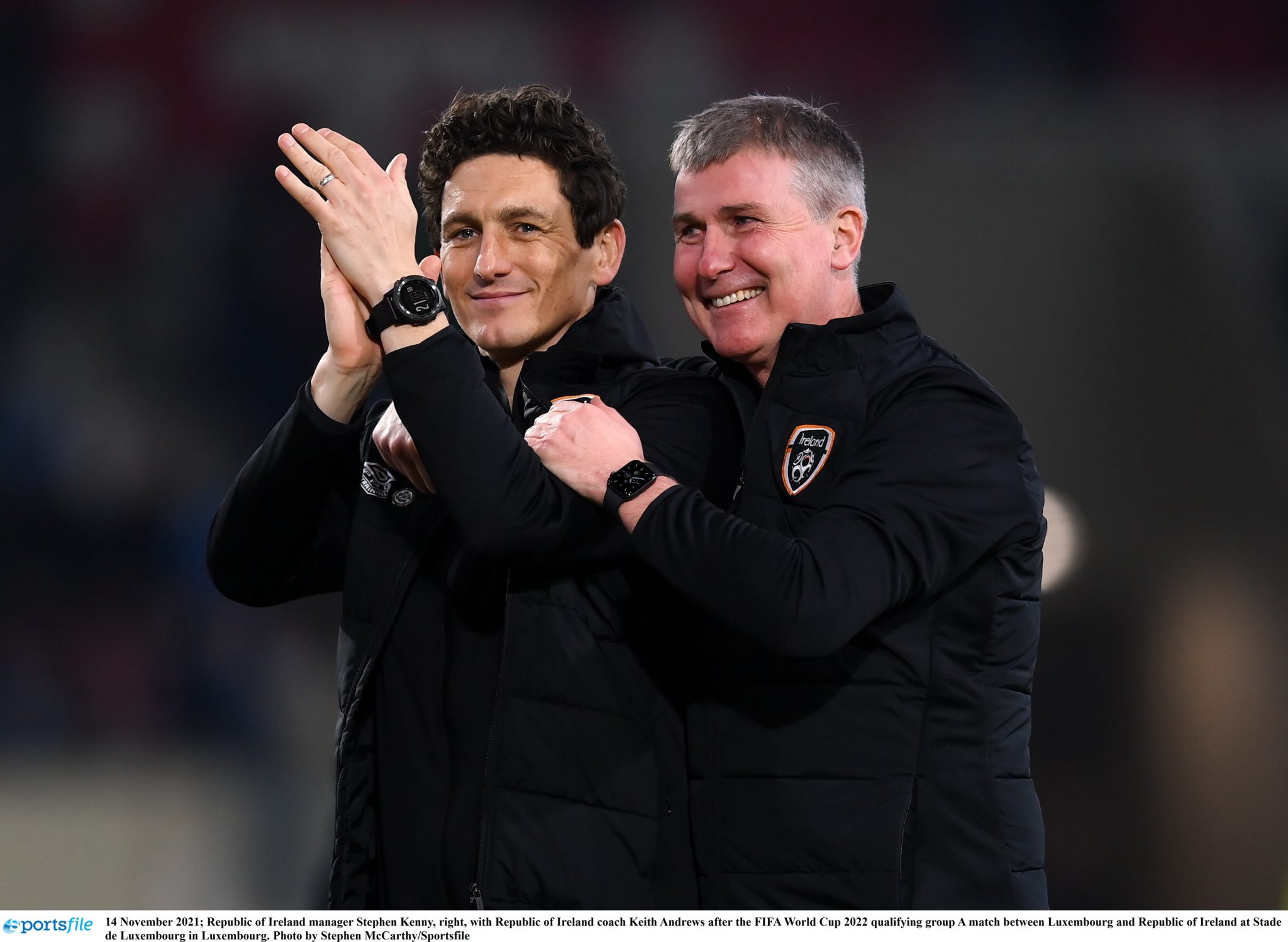 Ireland move up three places in the Fifa world rankings.

END_OF_DOCUMENT_TOKEN_TO_BE_REPLACED

Ireland failed to qualify for next year's World Cup in Qatar but ended the campaign on a positive note. Kenny's team finished third in the group, behind Serbia, who topped the table, and Portugal, who finished second and go into a playoff for a place at the tournament.

The Boys in Green have only lost one of their last 10 matches - away to Portugal in September thanks to two late Cristiano Ronaldo goals - and have turned a corner after a difficult first year in the job for Kenny.

END_OF_DOCUMENT_TOKEN_TO_BE_REPLACED

Ireland's highest ever Fifa ranking was sixth in 1993. At the time, the national team was regularly qualifying for tournaments under Jack Charlton. In recent years, Ireland's ranking has fluctuated. In 2014, they plummeted to their lowest ranking (70th) and they were placed as high as 23rd in 2017.

Kenny's side will take part in the Uefa Nations League next year, while qualification for Euro 2024 in Germany gets underway in March 2023. 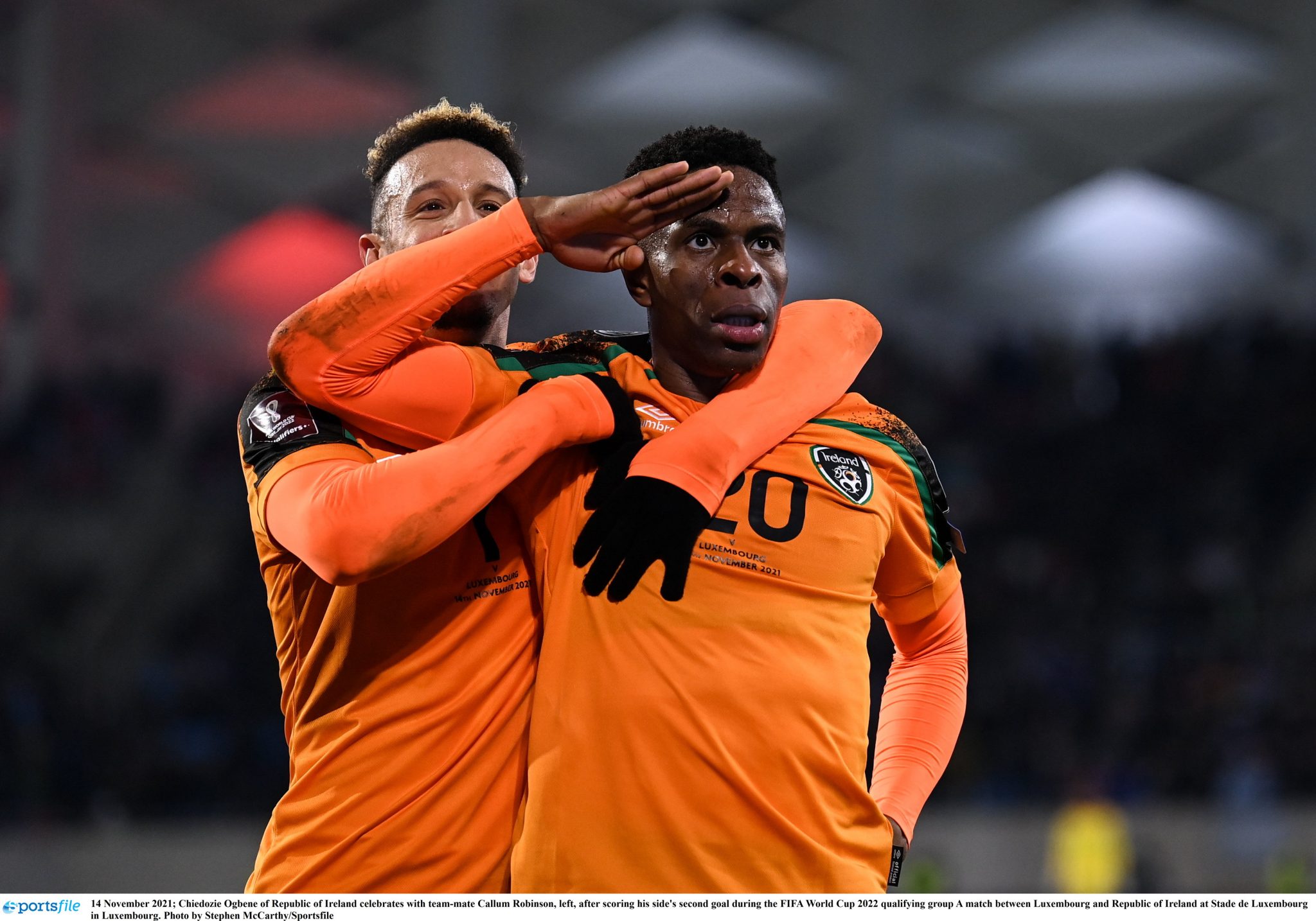 END_OF_DOCUMENT_TOKEN_TO_BE_REPLACED

In the final Fifa world rankings update of 2021, Belgium remain the number one team in international football. Roberto Martinez's side have topped the rankings since 2018, but have been unable so far to win a trophy.

Brazil, the best team in South America, are in second place. France, who won the Nations League earlier this year, are in third place. Euro 2020 runner's up England are in fourth place, followed by Lionel Messi's Argentina in fourth and European champions Italy in fifth. Spain, Portugal, Denmark and the Netherlands make up the rest of the top 10.

Meanwhile, Northern Ireland are ranked 54th in the world. Scotland are in 38th place and Wales are ranked 19th.

You can view the full rankings here.


popular
Kieran McGeeney on the defensive after post-match questions on brawl
Damien Comer targeted in brutal, chaotic Armagh and Galway brawl
Conor Gleeson's gesture to heartbroken Ethan Rafferty a tonic after sideline brawl
Shane McGuigan does a 'Sueey' Cristiano Ronaldo would be proud of after winning MOTM
Roy Keane makes good on bet after seeing Cork fall to Dublin
"That bit of a fracas nearly woke us back up again" - McDaid never doubted his boys in the shoot-out
QUIZ: Name every club to play in the Champions League
You may also like
6 days ago
Robbie Brady: Three Championship clubs line up Ireland winger on free transfer
6 days ago
Burnley name their price for Nathan Collins with two Premier League clubs interested
1 week ago
Troy Parrott wants to 'impress' Antonio Conte during Spurs pre-season
1 week ago
Aiden McGeady could be Hibs bound as Lee Johnson drops transfer hint
1 week ago
Three Premier League clubs reportedly want to sign Nathan Collins
1 week ago
"Is Stephen Kenny telling him to do it?" - Liam Brady questions Ireland tactics and contract decision
Next Page