"From that angle there, it looks a lot worse."

Ireland's Aaron Connolly was denied a clear penalty after 51 minutes of his side's World Cup qualifier against Serbia at Red Star Stadium.

The Brighton & Hove Albion forward beat Serbia's Stefan Mitrovic to the ball and was trying to work an angle to shoot on goal when the incident occured.

END_OF_DOCUMENT_TOKEN_TO_BE_REPLACED

Mitrovic dived in rashly and connected with the back of Connolly's leg before following through and knocking the ball out for a corner.

As you can see from the image (and video) below, Connolly has the ball on the outside of his left boot. The only was Mitrovic can get to it is by going through the Galway native. 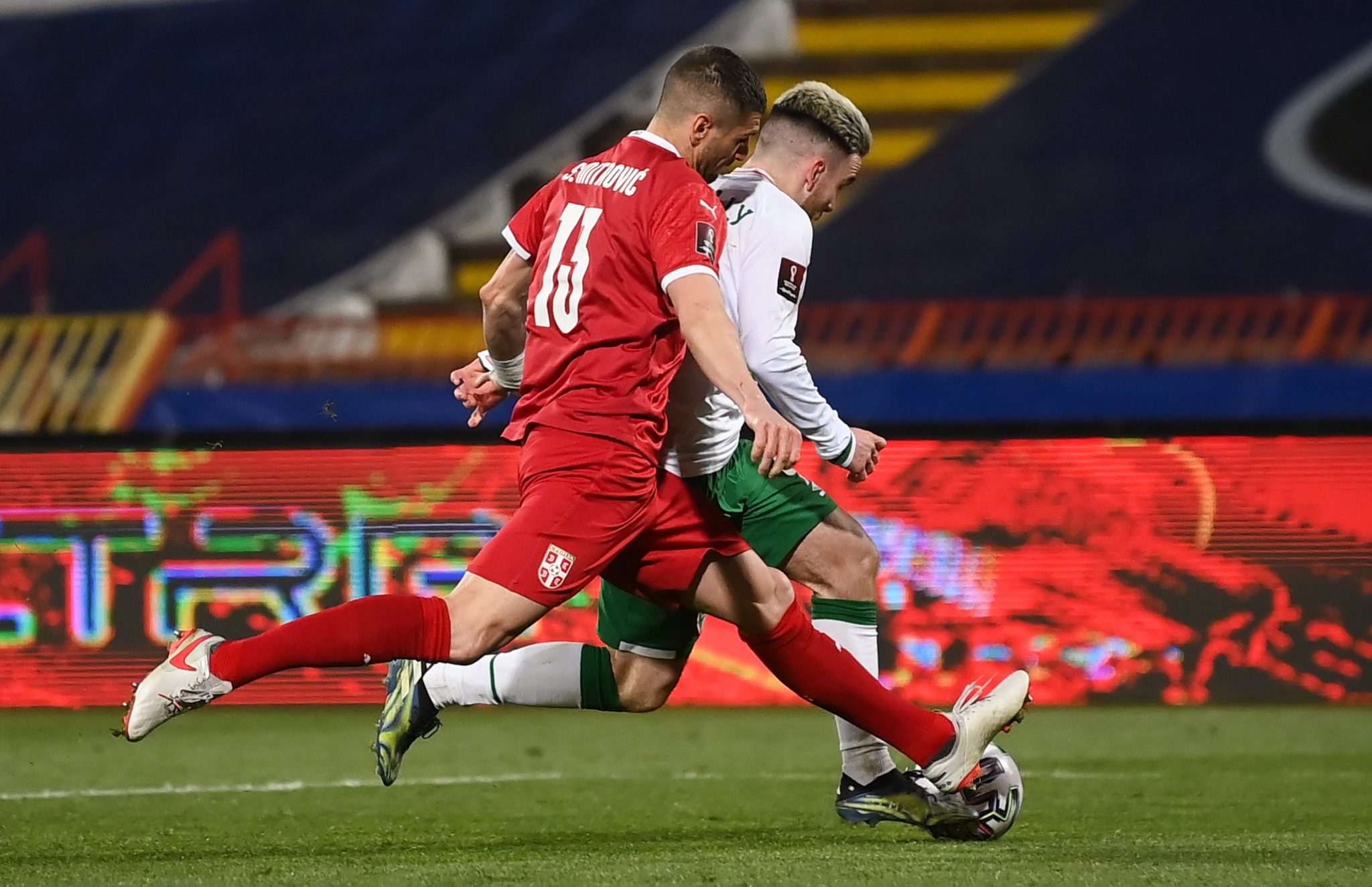 The Strausbourg was straight back to his feet while Connolly and his Ireland teammates were incredulous that a spot-kick had not been awarded. Over on the sideline, Stephen Kenny and the Irish bench erupted in protest but it was no good.

On commentary for RTE, former Ireland defender Stephen Kelly felt it was a close call under a replay angle from behind both players made up his mind that Kenny's side had been hard done by.

Was that a foul on Aaron Connolly?

END_OF_DOCUMENT_TOKEN_TO_BE_REPLACED

Darragh O'Shea went close with a header from that resulting corner while the hosts had a penalty shout of their own, soon after. That was also waved away.

Serbia then put the game away with sub Aleksandar Mitrović helping himself to two goals before James Collins gave Ireland brief hope with his second international goal. It was not enough, though, as the Serbs held on to win 3-2.

Following the game, former Ireland striker Kevin Doyle says the Connolly penalty decision as close but he felt Stefan Mitrovic may have just got a toe to the ball.

Kenny, the Ireland boss, later told RTE, "It looked like a cast-iron penalty."


popular
Galway fans' frosty reception for Davy Fitz doesn't make any sense
The most Stone Age tackle you've ever seen gets South African lock straight red card
"Johnno went, 'We’re not moving! You're trying to mess us about!'" - Ben Kay recalls red carpet controversy
Ryan Manning hacked to the ground by Henri Lansbury in ruthless assault
'Brian was a genius... he would've killed you to even win a game of touch'
Ian Poulter shares Ryder Cup advice to Shane Lowry and Team Europe rookies
"Some of the generals wanted me executed" - Irish rugby legend on flag caper that went wrong

You may also like
3 days ago
"Some of the generals wanted me executed" - Irish rugby legend on flag caper that went wrong
3 days ago
"Johnno went, 'We’re not moving! You're trying to mess us about!'" - Ben Kay recalls red carpet controversy
5 days ago
Full Ireland player ratings as underdogs Spain put World Cup hopes in danger
1 week ago
Serbian media react to 'True Football Tragedy' and hail "amazing" Gavin Bazunu
1 week ago
"I was already taking my jersey off!" - Andrew Omobamidele's post-match interview was so pure
1 week ago
Gavin Bazunu, Andrew Omobamidele and a glimpse of better days ahead
Next Page