The EU Referendum is done, the decision is Leave: it's time to look at the consequences.

Namely, what could Brexit mean for football in the UK?

Back in April, Squawka Football spoke to a number of experts about the potential ramifications leaving the EU would have on British football. 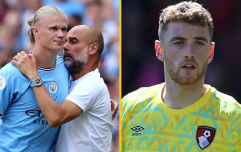 END_OF_DOCUMENT_TOKEN_TO_BE_REPLACED

It appears that leaving the EU, or at least the the European Economic Area (EEA), could make it harder for British clubs to sign foreign players.

"In the event that Britain leaves the EU, young players will not be able to move from the EU to English clubs under the age of 18 years and so clubs here will not have access to a significant pool of talent." said Andrew Osborne, a partner specialising in immigration at Lewis Silkin LLP, a London-based law firm to Squawka.

"Young players from the EU are unlikely to be able to qualify for a work permit and so, again clubs here will be limited in the players they recruit." 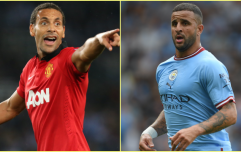 END_OF_DOCUMENT_TOKEN_TO_BE_REPLACED

As Garbielle Marcotti explains for ESPN, Article 19 of the Regulations on the Status and Transfer of Players bans the transfer of minors, defined as players under the age of 18. There are three exceptions. One: kids moving for non-football reasons (like a parent getting a job in a new country); two: youngsters residing near a border; and three: transfers of minors between the age of 16 and 18 within the EU or EEA.

This means players like Adnan Januzaj and, previously, Cesc Fabregas would not have been able to transfer over to the UK if Britain had left the EU earlier. City AM have a full breakdown of what players at each Premier League club would not have qualified to play in the Premier League.

In choosing to leave the EU, the UK has pulled out of the free movement of EU citizens, making any potential signing of EU migrants harder. Future signings from Europe may now have to apply for visas that could hamper the entire transfer, which may well lead to players electing to sign for Italian or Spanish clubs, rather than risk the hassle of coming to the Premier League. 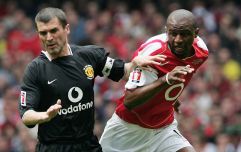 END_OF_DOCUMENT_TOKEN_TO_BE_REPLACED

If you've ever played Football Manager and had a transfer fall through due to work permit issues, imagine that, but on a much wider scale.

This could also see Premier League teams turning to the Football League to replace those lost out to clubs in the EU.

"If EU players have to meet current work permit requirements then there will be a significant number that cannot qualify to play in England," Andre Osborne told Squawka.

"This will leave Premier League squads short of players and so clubs will buy and or poach English players from clubs further down the pyramid. Potentially this will lower the quality of squads in the Football League."

This could bring about more English players playing in the Premier League, as clubs choose to look into the lower leagues, rather than look to foreign academies.

It seems like British football, much like everything, could be due a shake up that's large and far-reaching following the EU Referendum decision.


popular
Barcelona allowed to register four new signings, but Jules Kounde misses out
Erling Haaland registers strange statistic on home debut as Mark Travers keeps the City score down
"He can add something to our attacking line up" - Jamie Clarke signs for Northern Irish soccer club
Erik ten Hag’s Man United demands show why he should reject their offer
Luke Chadwick recalls furious Alex Ferguson reaction when he rejected loan move
Angry Frenkie de Jong 'tells Barcelona teammates he could join Man United'
Ranking the best county GAA songs of all-time (32-1)
You may also like
1 day ago
Your guide to a huge Premier League weekend and how to stream it all
2 days ago
The reason why Everton won't have the club crest on their third kit
3 days ago
Man United target two new forwards as desperate search for a striker goes on
5 days ago
Roy Keane questions Man United's leadership after latest transfer link
5 days ago
Gary Neville almost rendered speechless by Man United's "desperate" Marko Arnautovic bid
5 days ago
Micah Richards winds up Roy Keane with Alf Inge Haaland joke
Next Page