Henrik Larsson expects his compatriot to have a big impact at Manchester United.

Zlatan Ibrahimovic recently moved to Old Trafford on a free transfer from Paris Saint-Germain, and despite being 34-years-old, Larsson has tipped him to cope with the physical demands of the Premier League.

"He's a fit guy. He takes care of his body so that won’t be a problem," the Celtic legend striker told MUTV.

"I hope everything goes well because United deserves it and he deserves every good thing that is happening to him. He's Sweden's biggest footballer ever and to see him join United, yes, it was a pleasure.

"What I remember of him, although it was a long time ago when we played, was that he used to train hard and train well. I expect he's still doing that, otherwise he wouldn’t be able to play football at that level at that age." 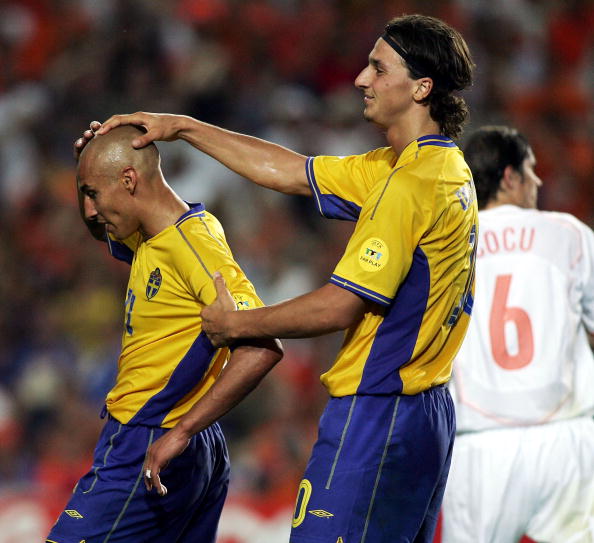 END_OF_DOCUMENT_TOKEN_TO_BE_REPLACED

Larsson and Ibrahimovic played together for eight years with the Swedish national team, and the current Helsingborgs manager, who had a brief, successful loan spell at United in 2007, was full of praise for his compatriot.

Larsson tipped Zlatan to help bring Jose Mourinho's side "back to where it belongs."

"Zlatan is gigantic in Sweden. He is the number one. Everyone knows of him and everyone knows about him. There are going to be a lot of people interested to see him as well.

"I think everybody has seen him play but, for a man that big to have the technique he has and the skills he has, it’s a pleasure to watch. So I have to hope everything goes well now when he comes to Manchester United. Hopefully, he can bring United back to where it belongs."