Harry Kane says he wants to play in the NFL once he's finished playing real football.

The England and Tottenham striker has long been a fan of American football, even establishing a friendship with the sport's GOAT Tom Brady. 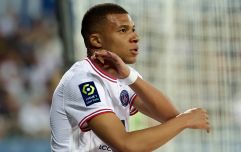 END_OF_DOCUMENT_TOKEN_TO_BE_REPLACED

Brady played for the New England Patriots for 20 years, winning six Super Bowls but transferred this season to the Tampa Bay Buccaneers.

Kane says his "dream" is to join Brady as a player in the NFL when his current professional athlete career is over.

Kane said: "The main one is maybe looking at the option of playing in the NFL one day. That would be a bucket list, a dream come true.

"There's still a long way to go between now and that moment. But it's something that I’ve got one eye on. And who knows, towards the end of my career, I might take it a little bit more seriously. See how I'd go about that. You never know.

"When I was about 18, 19, I stumbled across a Tom Brady documentary on YouTube. I fell in love with him and his mentality, and the game as well. I chose the Patriots from that moment and just loved it ever since.

"We got talking and I got the chance to go out and watch the Patriots beat the Rams in the Super Bowl and we caught up at the after party. That's the first time I got to meet him in person.

"We both appreciate each other in the sport and I guess we have similarities in the way we are as people as well." 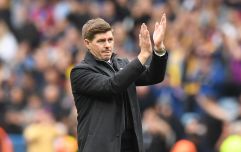 END_OF_DOCUMENT_TOKEN_TO_BE_REPLACED

"The schedule is pretty packed at the moment," Kane added. "And with everything that's going on, we're not sure when the fans are going to be back, but I'm sure he will get over and watch a game. It'll be great to see him in the new stadium.

"I think he's just a football fan in general. We'll have to keep on trying to convert him into a Spurs fan. I know he appreciates good play and a good team, so I'm sure he'll be watching us and rooting for us this year."

After moving to the Bucs this season Brady has led the team to the play offs (Credit: James Gilbert) 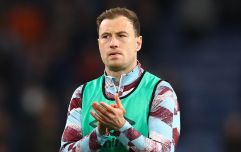 END_OF_DOCUMENT_TOKEN_TO_BE_REPLACED

Six other men have played both professional football and American football in the NFL, usually playing as kicker across the pond.

Lambo, the current Jacksonville Jaguars kicker, is the latest player to do so. Joining the league in 2015 after playing for FC Tampa Bay.

Christian Fuchs has also expressed an interest in playing in the NFL.

Watch the full interview with Harry Kane on Channel 5’s Monday Night Football tonight, at 1am on December 29.