Hand ball rule explains why Sissoko offence WAS a penalty

24 seconds into the 2019 Champions League final, Liverpool were awarded a penalty because of Sissoko's hand ball.

24 minutes later and Kevin Kilbane was still crying on Virgin Media Sport about the decision.

By every metric, the action was an offence and Liverpool were owed their penalty. The hand ball rule in football has always been a point of consternation and it has intensified even more this year with the introduction of VAR but the same referee who gave United a penalty against PSG for Kimpembe's hand ball was right to allow Mo Salah an effort from 12 yards.

One which the Egyptian duly dispatched.

Sissoko might not have moved his hand in reaction to the flight of the ball but he had no need to have his hand in that unnatural position which obstructed the cross unfairly.

The distance between his arm and the ball also allowed him an opportunity to move it out of the way or, you know, not have it extended perfectly 90 degrees away from his body - and then keep it there the whole time.

And, actually, what happened when the ball hit his arm was that Sissoko then proceeded to move his hand towards the ball which was dropping in the deflection and he handles it a second time and spins it to ground.

It was unnecessary, it was unnatural and it was a penalty.

Handling the ball involves a deliberate act of a player making contact with the ball with the hand or arm.

The following must be considered:

Before Mané even strikes it, Sissoko is in this position. 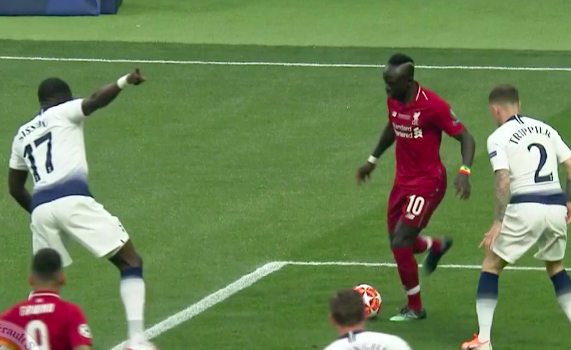 And he is not budging. 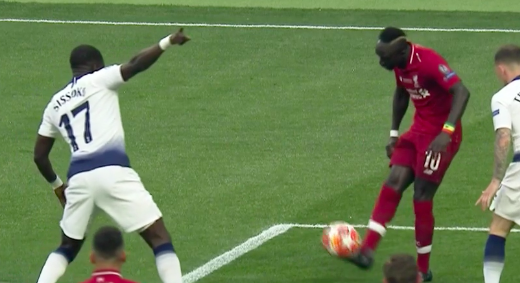 As Mané kicks through, Sissoko's arm is still unnecessarily in the way. 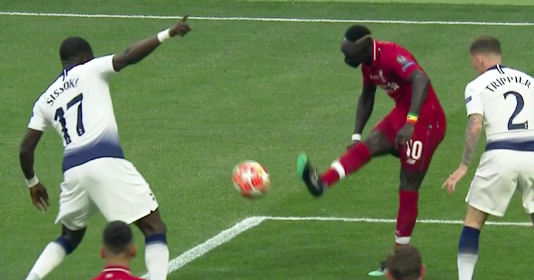 Of course it hits his arm and deflected to a safer position. 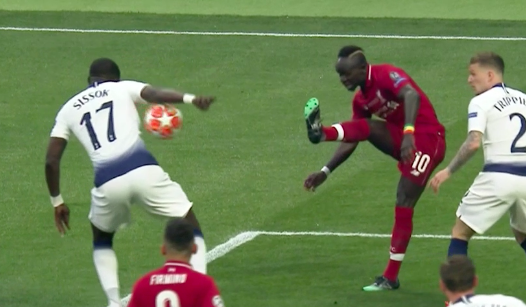 Sissoko gets a second touch of it as he moves his arm towards it and takes the sting out of the ball. 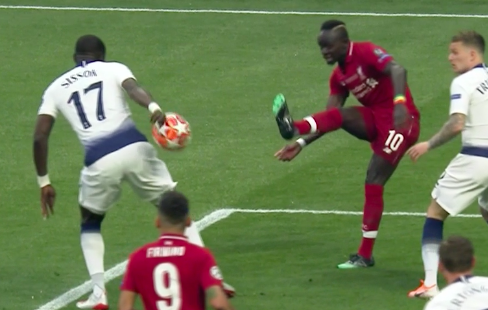 A high, curling cross is trapped and dead because of a loose limb that did not need to be loose. 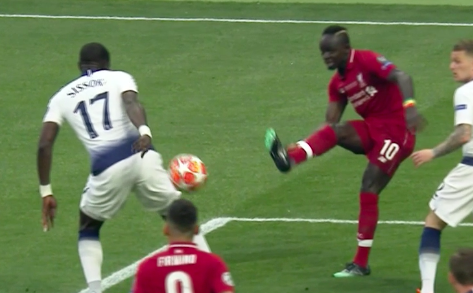 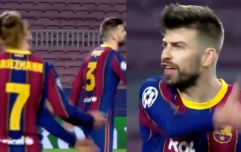 END_OF_DOCUMENT_TOKEN_TO_BE_REPLACED

In January Head of Uefa Referees Robert Rossetti told the Times that - when VAR was introduced into this season's Champions League - officials would penalise any unnatural arm movement that makes contact with the ball.

That's exactly what Sissoko did. Twice.

"The big challenge is the position of the arm. When the arm is totally out of the body above the shoulder it should be penalised. If the defender is making the body bigger in order to block the ball it is not fair.

"It is different if the defender is challenging or playing the ball and it rebounds. But if he is looking to block a cross or a shot on goal and the player is trying to spread his body then it is a handball."

What's more is that referees were told at the start of the season: "When the arm is out from the body, above the shoulder, it must always be penalised."

Whatever you think of the rule is one thing. But, by the rule, it was a penalty.


popular
Referee Mathieu Raynal puts Sexton in his place after TMO mess
Jamie Redknapp's face after going toe-to-toe with Roy Keane as Matt Doherty caught in the crossfire
Robbie Henshaw one of three Irish players deserving of Lions Test XV
QUIZ: How well do you know Manchester United players of the 2010s?
Sexton compares "brilliant" Irish debutant Craig Casey to Jonny Wilkinson
Ellis Genge reveals death threats received after England's loss to Wales
Jean De Villiers on how Paul O'Connell put his foot in it during Springbok dressing room visit
You may also like
1 week ago
Name the top 10 goalscorers in Champions League history
1 month ago
Teammates XI Quiz: Manchester United - 2008 Champions League Final
3 months ago
QUIZ: Name all 50 of these 2000s Champions League players - #2
5 months ago
Can you name these Champions League-winning players from the last 20 years?
6 months ago
Aymeric Laporte grateful to have Rio Ferdinand in his corner after City slump
6 days ago
Tom Davies and Leighton Baines seen buying homeless people drinks day after derby win
Next Page