Since signing Brazilian international Fred and Portuguese full-back Diogo Dalot in quick succession in early June, the only arrival at Old Trafford has been that of veteran goalkeeper Lee Grant, who is expected to start the new season behind David de Gea and Sergio Romero in the pecking order.

It's likely United will get at least a couple more new faces through the door once the World Cup is done and dusted, though at this moment in time, it's unclear who will be arriving.

One name that has been linked with a move to United in recent weeks is Norwegian youngster Erling Braut Haaland - the son of Alf-Inge Haaland, who played for Leeds United and Manchester City during his playing career. 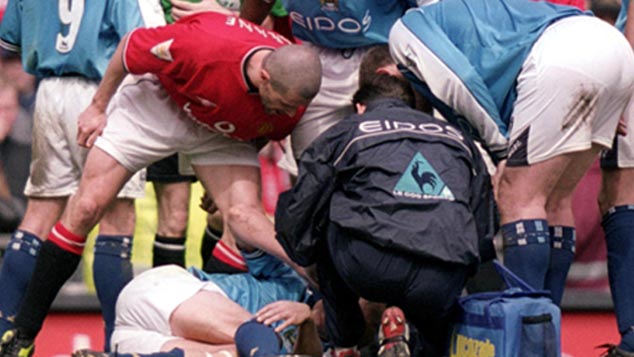 END_OF_DOCUMENT_TOKEN_TO_BE_REPLACED

Not for the first time, the 17-year-old was watched by United scouts while in action for Molde on Sunday. They'll almost certainly have been impressed with what they saw, too. The youngster set up the opener against Valarenga before scoring two goals of his own in a 5-1 win.

Haaland's current manager just so happens to be Manchester United legend, Ole Gunnar Solskjaer, who believes the young striker would find a move to United difficult to turn down, despite his father's footballing history.

“He is probably not the world’s biggest Manchester United fan,” Solskjaer admitted to Norwegian newspaper VG.

"But if they come to the door, there are not many who say no to that."

United aren't the only team believed to be keeping tabs on Haaland, with Italian champions Juventus also thought to be monitoring his progress.