It didn't look like there was any intent, but a red is a red

The Frenchman had been an influential figure in the game, scoring both goals for Atletico as they came from two goals down to level before the break. 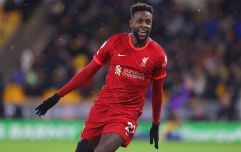 END_OF_DOCUMENT_TOKEN_TO_BE_REPLACED

With the game evenly poised and either side looking capable to go on and get the win, Griezmann tried to bring a ball down from the air, unaware of Firmino approaching to challenge for the same ball. When lifting his foot, he caught the head of the Brazilian Firmino.

After getting Atletico back into the game, Antoine Griezmann is given a straight red for a high foot on Bobby Firmino 😳

Despite protesting his innocence, and in fairness there was no malice in the challenge, there was no option but for Griezmann to be sent off for serious foul play.

To no surprise the home crowd, players and manager Diego Simeone were left frustrated and confused by the decision as Atleti were reduced to 10-men. Once he had accepted his fate, Griezmann walked off the pitch to a standing ovation from the Atletico fans. 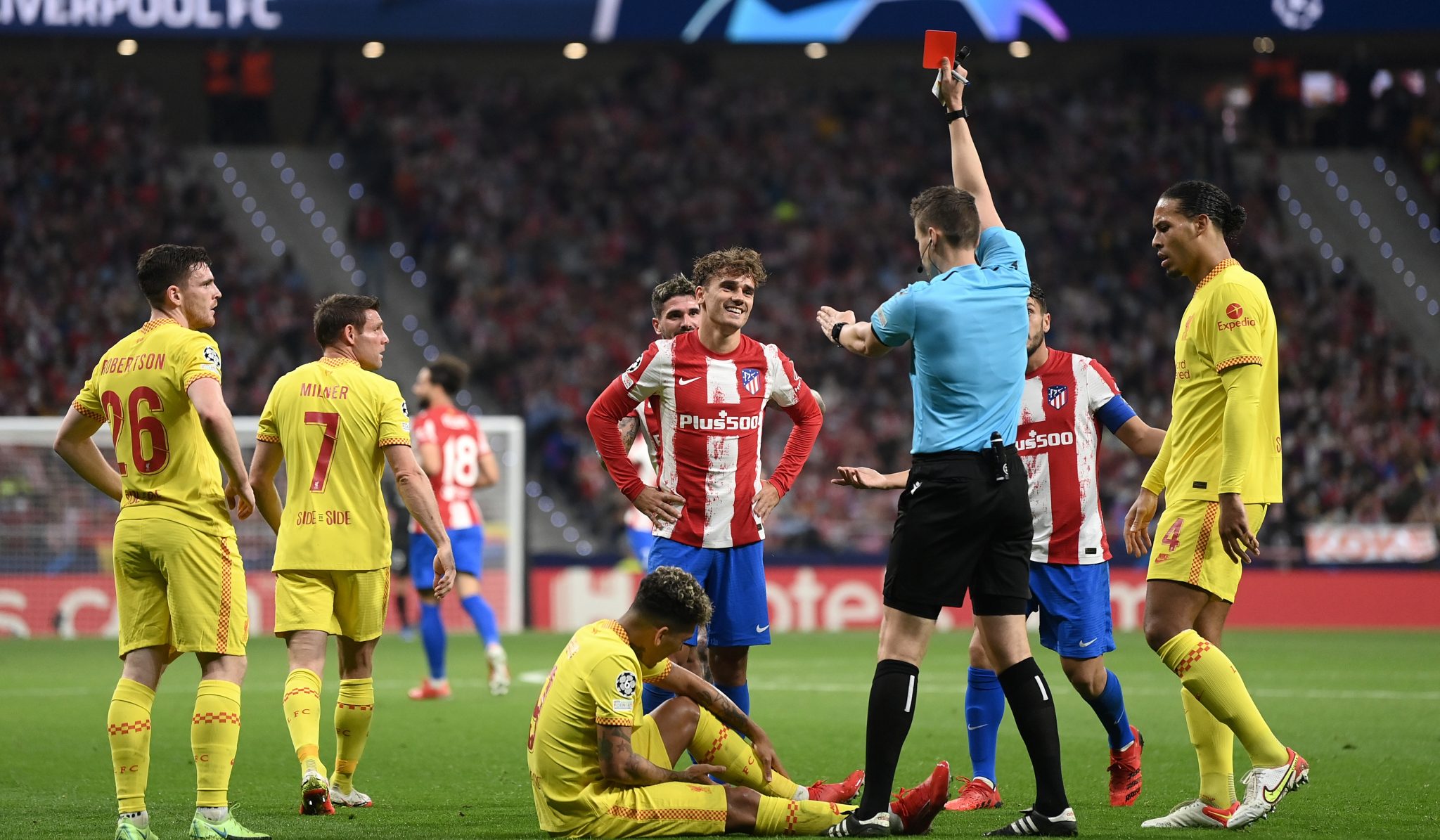 Following the game, which Liverpool won 3-2, RTÉ pundits Didi Hamann and Richie Sadlier had wildly different takes on whether Griezmann should have seen red.

While Sadlier believed the referee made the right call, the former Liverpool and Germany midfielder was not so sure.

HAMANN: He never looks at Firmino once. All he does is looks over his head, sees the ball and sticks his leg out, which happens 10 or 15 times a game. It's unfortunate that Firmino is there, but there's no force. He's not running a hundred miles an hour.

HAMANN: He sticks his leg up to control the ball. He doesn't even know Firmino is there. It's accidental. Of course it's dangerous, but it's accidental and I think it's a very harsh decision.

SADLIER: But it's dangerous. The degree of force with which you kick an opponent's face...

HAMANN: But he didn't kick him, Richie. To a certain extent, Firmino runs into him.

SADLIER: But you can't do that!

HAMANN: There's no force at all. It happens.

SADLIER: Force isn't a consideration of the referee.

SADLIER: A player getting kicked in the face like that?!

Host Darragh Maloney tried to get both men to agree to disagree, but they couldn't even agree on that.