In such an unpredictable season of football, it's refreshing to see that some things will never change.

Having taken the lead through a neat team move finished off by Aubameyang, Arsenal looked relatively comfortable at Turf Moor. But when Granit Xhaka is playing, you can never be fully comfortable.

END_OF_DOCUMENT_TOKEN_TO_BE_REPLACED

Attempting to pass their way through Burnley's press, Arsenal keeper Bernd Leno passed the ball short to Xhaka inside their own penalty area. With Chris Wood blocking the passing lane to David Luiz, and Jóhann Berg Guðmundsson blocking the pass left to Pablo Mari, Xhaka had dropped into the space between them, offering the keeper a quick way out.

What he didn't do, however, was move the ball quickly when he got it. Had the Swiss international had the confidence to play the ball first time on his weaker right foot, he could have played the ball to Luiz, and the pressure would have been relieved.

Instead Xhaka opted to take a touch on his left, before attempting that pass to Luiz, by which time Wood was blocking the lane. Given their position on the pitch, the more sensible thing to do would have been to kick the ball as hard and far away as possible.

This terrible decision resulted in Xhaka passing the ball into the midriff of Chris Wood, who picked up the easiest goal of his career as the ball ricocheted into the gaping net. 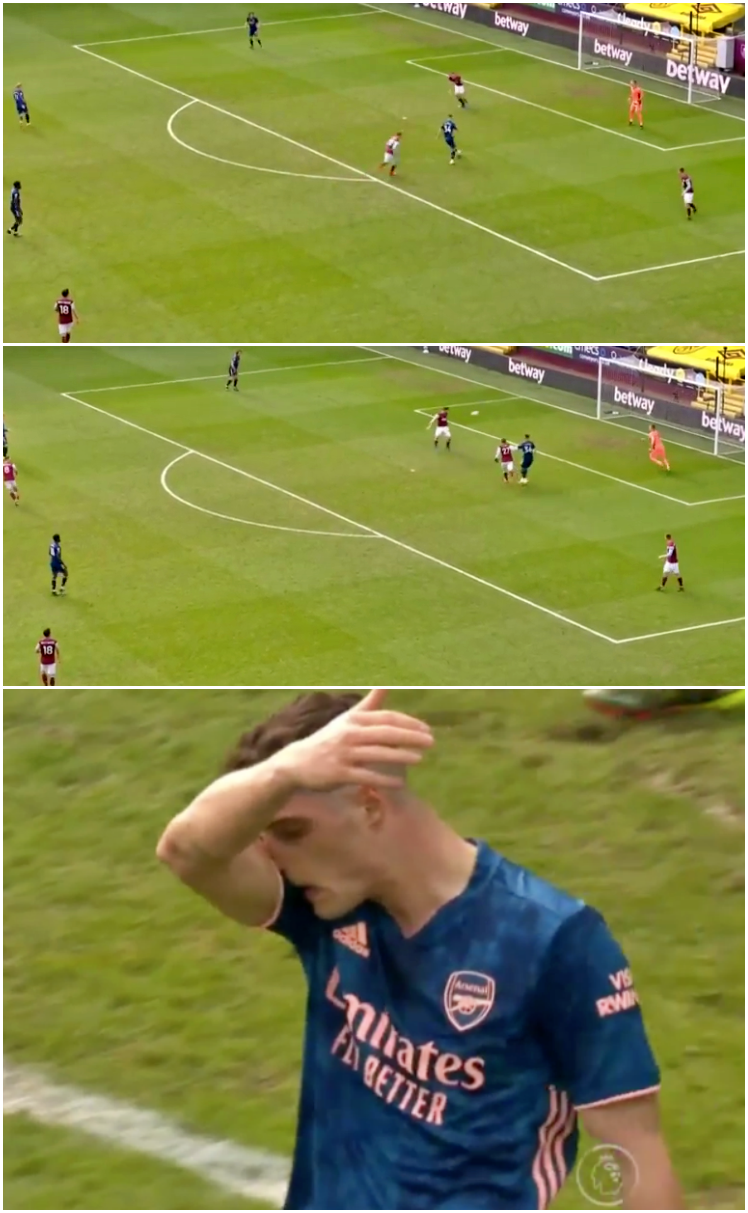 Over of Soccer Saturday, host Jeff Stelling struggled to comprehend if his eyes had seen what they just had:

🗣 "I've never seen anything like that in Premier League football before."

There's commitment to a style of play, and then there's plain stupidity. Granit Xhaka often blurs these lines. Though in this case, they're not really that blurry.