The definitive authority on great mindsets has had his say on Jamie Carragher and Steven Gerrard.

Model professional El Hadji Diouf, who has avoided controversy throughout a glittering, spitless career, is not a fan of the pair of Liverpool legends.

The Senegalese legend, role model and idol to so many young supporters, slammed both Carragher and Gerrard in a bizarre tirade on the BBC. 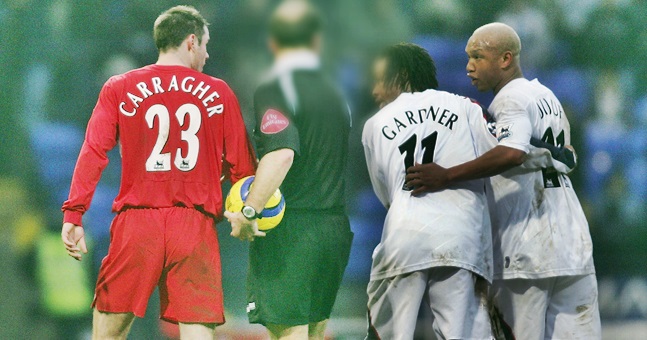 END_OF_DOCUMENT_TOKEN_TO_BE_REPLACED

Asked about recent Reds signing Sadio Mane, a fellow countryman of Diouf's, the former Blackburn and Bolton striker suggested that Anfield is a much better place now that neither Gerrard nor Carragher are there.

“Right now they have a good coach with a good mentality. Sadio stayed at Southampton for two years before he signed for Liverpool. He’s not like me, when I came to Liverpool I came to work in my car and I came from outside England. He’s been in England for two years now so for him it will be more easy.” 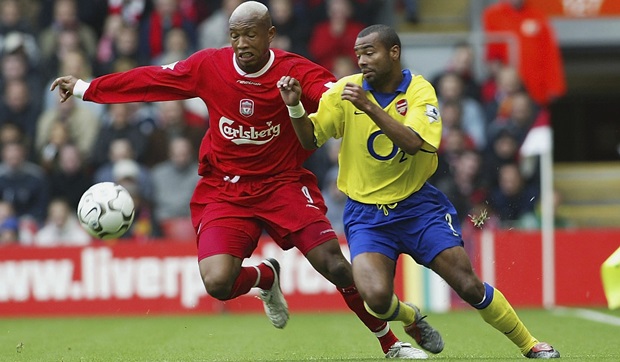 It's not the first time that Diouf has criticised former teammates. It will surprise you to learn that he's made something of a habit of publicly ridiculing them.

Still though, he's got a great mentality.


popular
World Cup 2022 Day 13: All the major action and talking points
Shay Given on how far Ireland could've gone at the 2002 World Cup with Roy Keane in the team
Skills, scowls and scores - Luis Suarez rolls back the years against Ghana
From Ireland to Argentina: Alexis Mac Allister's Irish roots explained
Ronaldo finally reveals why he got that hideous haircut
The World Cup 2022 team of the tournament so far
The confirmed World Cup pundits for RTE, ITV and BBC have been released
You may also like
3 weeks ago
How basic modern sports science would have saved Michael Owen's career
3 weeks ago
Trent Alexander-Arnold makes great point to those who criticise his defending
3 weeks ago
Jordan Henderson reveals how Roy Keane clash had him "dripping with sweat"
4 weeks ago
Jamie Carragher responds to Virgil van Dijk's claim that he wouldn't start in this Liverpool team
4 weeks ago
FA 'very concerned' about rise in number of Hillsborough chants
4 weeks ago
Looking back at the best Tottenham vs Liverpool clashes of the past
Next Page