Boehly's grand plan doesn't seem to be going down too well

Gary Neville has warned that American investment in English football is a 'clear and present danger' to the pyramid and has repeated calls on Twitter for a regulator to be introduced quickly.

Neville has been outspoken in his criticism of the Glazer Family's ownership of his former club Manchester United, again calling for them to sell up after a sustained wave of supporter protests over the last year.

Not up for an All-Star game then? pic.twitter.com/1rtsHnSLpB 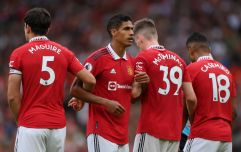 END_OF_DOCUMENT_TOKEN_TO_BE_REPLACED

On Wednesday he tweeted: 'I keep saying it but the quicker we get the Regulator in the better. US investment into English football is a clear and present danger to the pyramid and fabric of the game. They just don’t get it and think differently. They also don’t stop till they get what they want!'

Speaking at the Salt conference in New York on Tuesday, Boehly suggested a Premier League All-Star Game and a four-team tournament comprising of sides at the bottom of the top flight.

"Ultimately I hope the Premier League takes a little bit of a lesson from American sports," Boehly said. "And really starts to figure out, why don’t we do a tournament with the bottom four sports teams, why isn’t there an All-Star game? 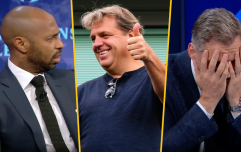 END_OF_DOCUMENT_TOKEN_TO_BE_REPLACED

"People are talking about more money for the pyramid; in the MLB All-Star game this year we made $200m from a Monday and a Tuesday. So we’re thinking we could do a North versus South All-Star game for the Premier League, for whatever the pyramid needed quite easily."

Liverpool manager Jurgen Klopp was one of the first to be asked about Boehly's proposal. Speaking after his side's 2-1 Champions League win over Ajax on Tuesday, he appeared less than impressed by the idea: "He doesn’t wait long. When he finds a date for that he can call me. In American sports these players have four-month breaks."

"Does he want to bring the Harlem Globetrotters as well?" he added, sarcastically.

"Maybe he can explain that. I’m not sure people want to see that – United players, Liverpool players, City players, Everton players all together. It is not the national team. Did he really say it?"


popular
Peter O'Mahony riled by "petulant s**t" as Munster toasted by Dragons
The clear-cut differences between what Stephen Kenny and Dara O'Shea said, last night
Grim injury news for Seabelo Senatla after Bundee Aki's red card clear-out
Kevin Cassidy believes former teammate should be the next Donegal manager
Damien Delaney criticises Stephen Kenny after 'shambolic' Armenia win
Only fans with a wide range of Irish football knowledge will get full marks in this quiz
The largely ignored reason Ireland rely on James McClean and Jeff Hendrick so much
You may also like
2 weeks ago
"Did he really say it?" - Jurgen Klopp baffled by Todd Boehly’s Premier League All-Star plan
2 weeks ago
Paul McGrath names two managers who should have gotten Chelsea job over Graham Potter
2 weeks ago
"For me, it is clear that’s what we have to do" - Jurgen Klopp backs Liverpool fans to pay respects to Queen
2 weeks ago
Thomas Tuchel releases emotional statement after Chelsea sacking
3 weeks ago
Former Ireland coach Anthony Barry takes over at Chelsea, as Graham Potter lined up
3 weeks ago
Here's what Chelsea did not say about Thomas Tuchel in their statement
Next Page