Gary Neville has explained the reason why he didn't sing the national anthem for England at the 1996 European Championships.

Neville revealed that his decision not to sing God Save the Queen was part of a protest against an "FA suit" after they ordered him to do so.

END_OF_DOCUMENT_TOKEN_TO_BE_REPLACED

The former Manchester United and Three Lions full-back has since admitted it was "stubbornness" on his behalf and that he now regrets what he did.

"I didn’t sing it the first time I played for England," he said, as per The Independent.

"Partly because I thought, I’m serious about my work and I’m not singing before a game."

Neville added that a conversation with Football Association boss Geoff Thompson after a game against Japan in 1995 led to his protest. 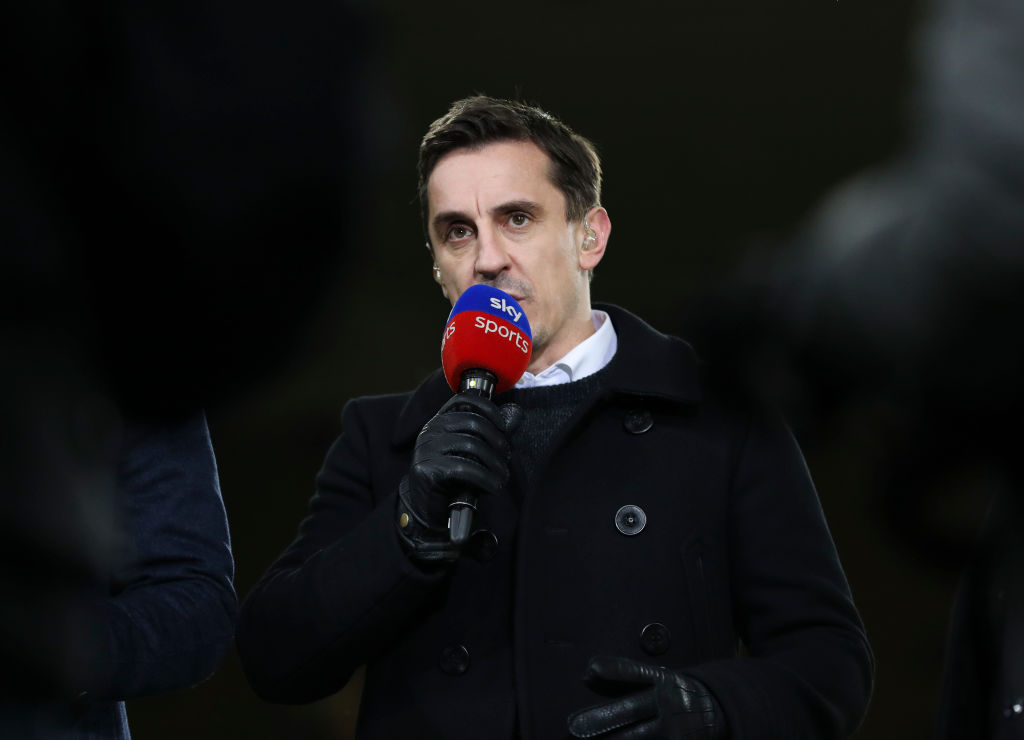 'I'm not being told by some suits what to do'

END_OF_DOCUMENT_TOKEN_TO_BE_REPLACED

"He [Thompson] only ever sought out one conversation with me," Neville recalled back in 2011.

"Did he want to pick my brains on World Cup preparation? Or ask how the FA could help behind the scenes? No, Mr Thompson wanted to know why I didn’t sing the National Anthem.

"'Gary, we’d rather appreciate it if you joined in,' he said. I had to politely explain that no disrespect was intended, I preferred to spend those few minutes, as I’d done all my career, focusing on the match. And that was the extent of my dealings with the chairman of the FA."

Neville responded by saying: "'I'm not being told by some suits what to do.'"

The Sky Sports' pundit's revelation follows after Liverpool and England defender full-back, Trent Alexander-Arnold, was criticised for not singing the national anthem before England's game against Hungary on June 4.


popular
Roy Keane accuses Man United of 'disrespecting' Cristiano Ronaldo
Broadcaster tries to reunite Roy Keane and Alfie Haaland before Manchester derby
Roy Keane comments on Manchester City will inevitably start a worthwhile debate
Padraig O'Hora gets his hair pulled as fly-goalie gets punished in Mayo championship
Player ratings as Man City hammer Man United 6-3 in Manchester derby
Erik ten Hag explains why he didn't bring on Cristiano Ronaldo in derby day defeat
Andy Moran gets guard of honour into the dressing room after 3-3 haul in his last ever game
You may also like
1 month ago
English Rugby Union respond to Eddie Jones comments on public schools
1 month ago
"Everything’s done for you" - Eddie Jones on how private schools influence English rugby
2 months ago
"Come down here and say that!" - Eddie Jones clashes with Wallabies fan that called him "traitor"
2 months ago
Danny Care returns to England team as three changes made for Australia decider
2 months ago
England go back to brutal basics to level Test Series with Australia
3 months ago
Jonny Hill gets head-butted by Australian star after hair pulling antics
Next Page