"I get his point to be honest."

Manchester United's  emphatic loss to Manchester City has highlighted many issues within the Old Trafford camp, but one thing in particular keeps creeping up.

The use of Cristiano Ronaldo, or rather, the lack of use, is a talking point that seems to rear its head every time something goes wrong at United.

END_OF_DOCUMENT_TOKEN_TO_BE_REPLACED

With his side 4-0 down at half time, Erik Ten Hag opted not to bring on one the greatest goal scorers of all time, and stated afterwards that his decision to not play Ronaldo was made "out of respect" for the Portuguese legend.

Speaking on Sky Sports afterwards Roy Keane went on a furious rant, claiming that the decision to leave the former Real Madrid and Juventus star on the bench was disrespectful. 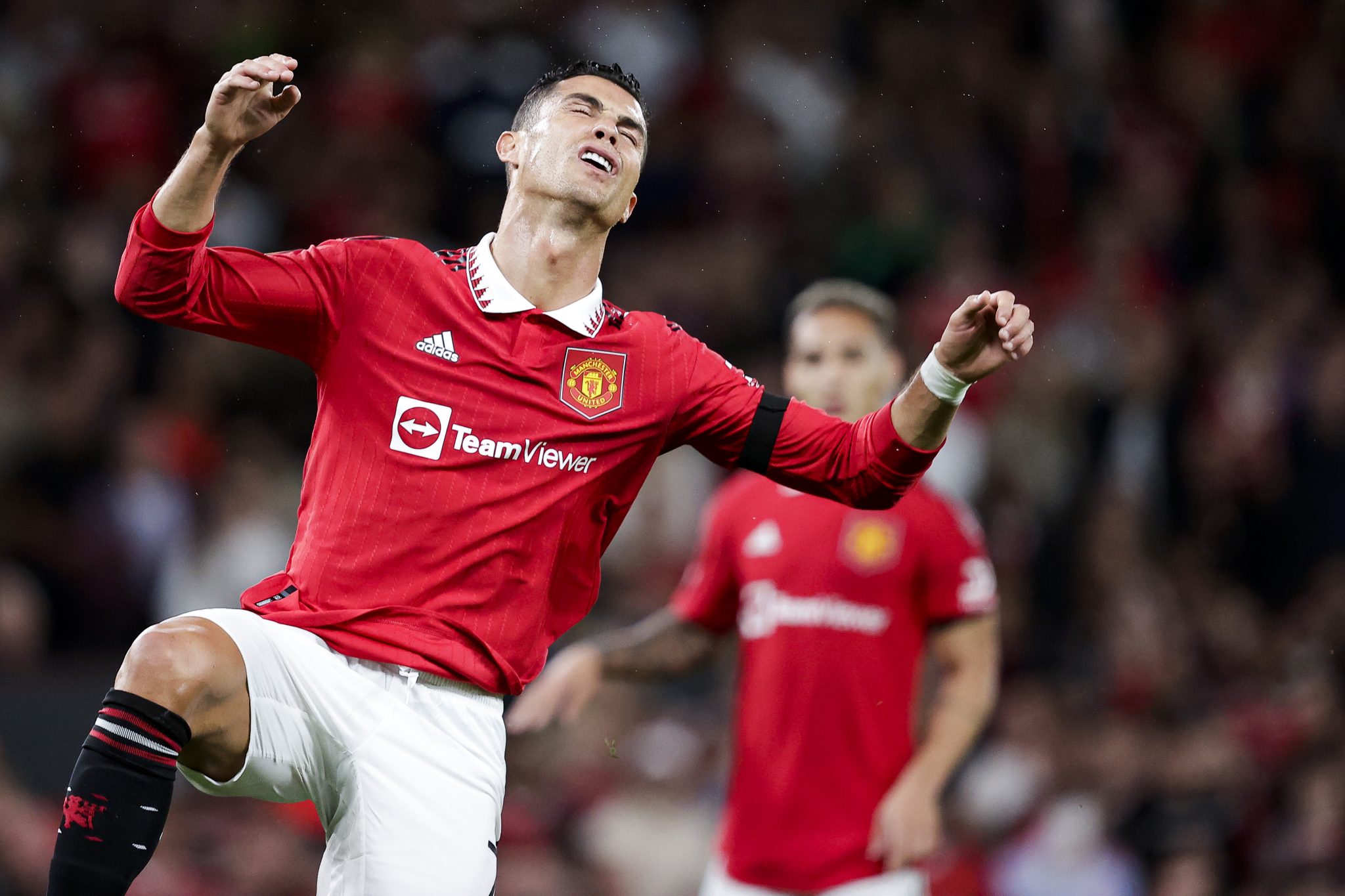 "If you look at his goalscoring record, he has as good a chance as anyone of putting the ball in the back of the net."People obsessed with the pressing side of the game... If you put the ball in the right areas, he'll score goals."

"Man United are showing disrespect to Ronaldo," he added. "I think he should've been let go before the transfer window [closed]."

Gary Neville believes that bringing Ronaldo on "would have been an insult."

END_OF_DOCUMENT_TOKEN_TO_BE_REPLACED

Like all hot topics in football, it made its way onto social media so just about everyone could share their opinion on the matter.

One person who never struggled to formulate an opinion is Piers Morgan, and it wasn't long before the former News of the World journalist published a damming tweet echoing Keane's comments.

"Imagine benching @Cristiano for Utd’s biggest game of the season, then using 5 other subs as they’re hammered into oblivion, & then claiming you did it ‘out of respect’ for him? Ten Hag is an arrogant deluded twerp & the way he’s treating Ronaldo is disgraceful."

I get his point to be honest . Bringing him on at 4-0 and 6-1 would have been an insult . ETH may not have delivered the line correctly and probably would have been best not saying it. ( although I like his honesty ) https://t.co/06sP310tWF

However, rather surprisingly, Keane's former teammate and current Sky Sports colleague Gary Neville had a different view on the situation.

Replying to Morgan's tweet, the former United right back was much more understanding and sympathetic to ten Hag's decision.

"I get his point to be honest . Bringing him on at 4-0 and 6-1 would have been an insult . ETH may not have delivered the line correctly and probably would have been best not saying it. (although I like his honesty)"

Another Sky Sports pundit who shared a similar view was Jamie Carragher. The former Liverpool defender tweeted his thoughts on the matter.

The idea that ETH got it wrong yesterday by not playing Ronaldo is laughable!
Ronaldo played at Brentford when it was 4-0 at ht!!
It’s not a dig at CR, but Rashford’s pace on the counter attack as we saw v Arsenal/Liverpool was 💯the best option.

"The idea that ETH got it wrong yesterday by not playing Ronaldo is laughable! Ronaldo played at Brentford when it was 4-0 at ht!! It’s not a dig at CR, but Rashford’s pace on the counter attack as we saw v Arsenal/Liverpool was 100% the best option."

Carragher has been consistently critical of United's decision to Ronaldo in the first place, and it seems that this could be further evidence to back up his theory.

Of course it would be the most 'Ronaldo' thing ever if the former best player in the world were to regain some form and silence everyone's opinions.

Well, maybe not Piers Morgan's... he's good, but no one is that good.


popular
Roy Keane flew home from Qatar World Cup as 'fellow pundits were getting on his nerves'
World Cup 2022 Day 20: All the major action and talking points
Talksport presenter puts Martin O'Neill to the pin of his collar over Declan Rice and Jack Grealish
Roy Keane reveals what he wrote about England during Senegal game
Rory McIlroy explains 'falling out' with Shane Lowry that lasted a few years
World Cup Power Rankings: The top 10 players at the tournament ahead of the quarter-finals
Roy Keane and Gary Neville reignite argument about Cristiano Ronaldo

You may also like
2 days ago
Cristiano Ronaldo's sister blasts Portugal boss' decision to start forward on the bench
2 days ago
Gary Neville reacts to Cristiano Ronaldo's omission from Portugal starting XI
3 days ago
Jack Grealish wears special t-shirt designed by young fan with cerebral palsy
4 days ago
The full player ratings as England beat Senegal to set up quarter final against France
4 days ago
Arsene Wenger claims teams who focused on politics at World Cup did worse
1 week ago
The SportsJOE Friday Pub quiz: Week 3
Next Page