It's happened again, it always does. Even after a summer of European Championships that had more underdog stories and human feel-good elements to it than you could shake a tube of EPO at, the daggers have turned on football.

Football, who was sitting there minding its own business.

The Premier League has lost its soul, footballers are out of touch with reality, and divers have scorned the world of sport. So football should learn from the Olympics. Every four years. Every time.

Copy and paste every 4 years. 🙄 https://t.co/4rMSkPNJUZ

Gary Lineker is not lying.

The Olympics come along - even these Olympics - and football somehow cops flak for it (as if it's not even part of the Games).

It's a dull narrative but one that gathers depressing momentum when the celebration shots of Team GB die down.

And it is cyclical too. You bet your arse it is. 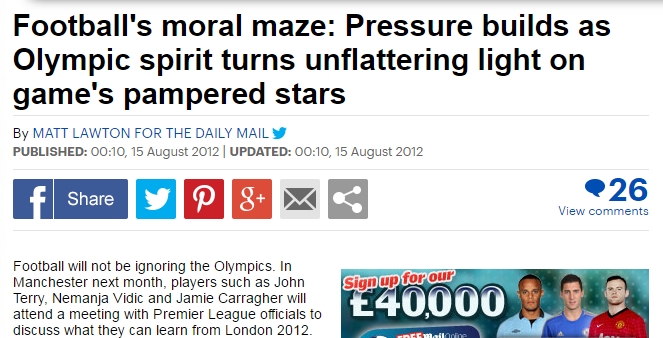 The Telegraph went for a more reasoned approach.

The Sun went for a more Sun approach.

Even Joey bloody Barton weighed in. 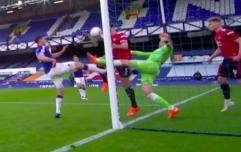 END_OF_DOCUMENT_TOKEN_TO_BE_REPLACED

So what the hell should footballers learn from the Olympics?

What are the best elements we can take and translate to football? The judges who ignore objectivity? The associations who ignore responsibility?

Not to dope, not to lie about a robbery, not to leave disabled sport in the lurch, not to have questionable judges?

It seems that, for some, footballers' biggest crime is that they earn a lot of money. And then they spend a lot of money. That's where words like 'cultural problems' come up because there's nothing else actually specific there to have a proper go at. Especially for no reason - especially when we're supposed to be reporting on a completely different sport altogether.

Neither could be further off the mark. 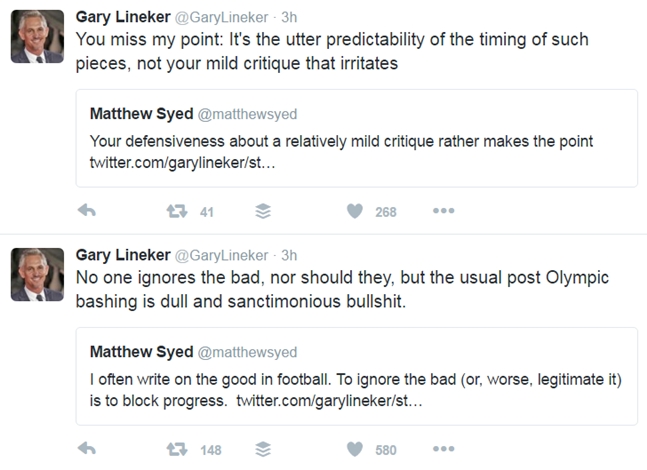 It doesn't matter though. It's a narrative and it's an agenda. Football is the bad guy, its fans are the worst and any time any other sporting event catches attention for a week or two, English newspapers go to town on their national sport.

They don't need a reason. They don't even need an Olympics to be proud of.

popular
The SportsJOE 12 o'clock quiz | Day 250
QUIZ: Identify the year from the football photo
Jose Mourinho leads tributes to 'Don Diego' as the world says thanks to Maradona
The Ultimate Diego Maradona Quiz
The SportsJOE 12 o'clock quiz | Day 249
Sky Sports pundit calls out Katie Taylor during live broadcast
"They don't care about mistakes once they're honest mistakes" - Buzz back for Bennett
You may also like
3 weeks ago
Premier League clubs want rid of pay-per-view during English lockdown
3 weeks ago
Roy Keane takes aim at Rashford and claims Solskaer's job is in danger
3 weeks ago
Roy Keane tears strips off Man United after insipid defeat to Arsenal
1 month ago
Liverpool fans raise £100k for food banks with boycott of Sheffield United PPV
1 month ago
English clubs in shock talks to join European Premier League
1 week ago
Kevin Doyle easily sums up the difference between England and Ireland
Next Page