Both men will be on the pitch in Cardiff as the Uefa Nations League EXPLODES into LIFE!

It really says a lot about Seamus Coleman and Gareth Bale that they were both big talking points in a game they didn't actually feature in. Even if they played no part in last October's World Cup Qualifier in Cardiff, their presence was palpable.

END_OF_DOCUMENT_TOKEN_TO_BE_REPLACED

The talismen missed out on the crunch game through injury, but both showed up for the encounter to provide support for their compatriots.

Bale helplessly watched on from the stands as his team fell 1-0 to a spirited Republic of Ireland team. He appeared nervous before kick-off, but quickly settled as Wales really took the game to the visitors. 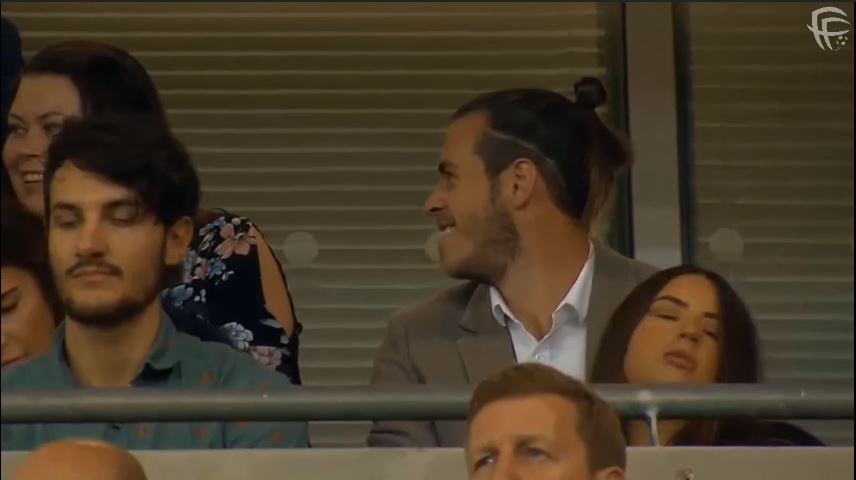 As much momentum as Wales had in the opening moments, they just couldn't find the net. This clearly frustrated the injured Welsh star.

He was gritting his teeth as Hal Robson-Kanu was brilliantly denied by Darren "You Shall Not Pass" Randolph. His forceful header early on was stopped by an almighty acrobatic leap from the Irish goalkeeper. 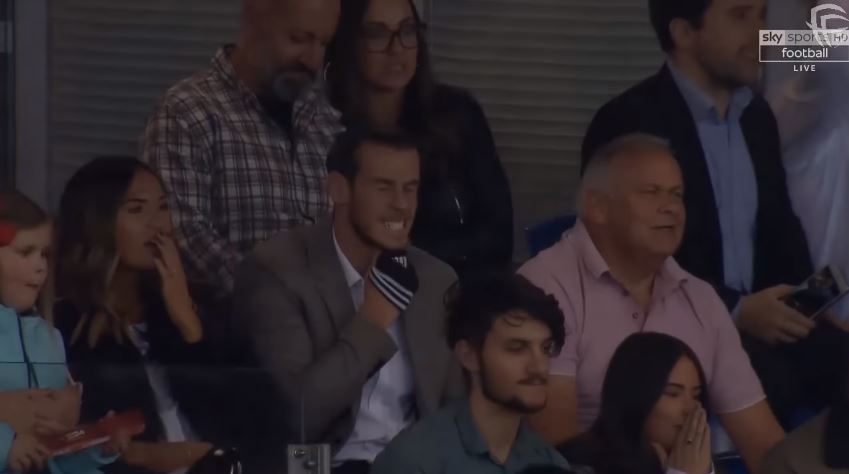 The good times didn't last too long for the Real Madrid star.

Once James McClean kept his composure to smash the ball home after that phenomenal assist Jeff Hendrick, his heart sank. 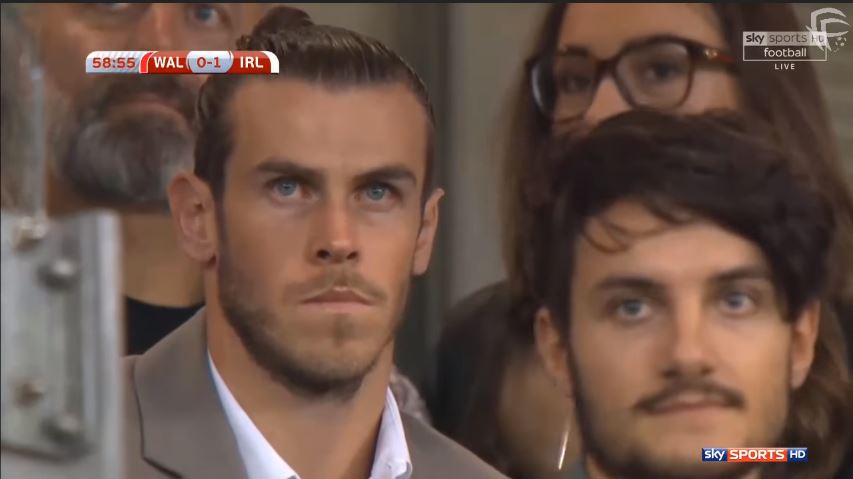 He was briefly jolted back to life when Jonathan Williams poorly-executed header in the closing moments went straight into McClean's back.

This proved to be the last time the Dragons really threatened the Irish net. 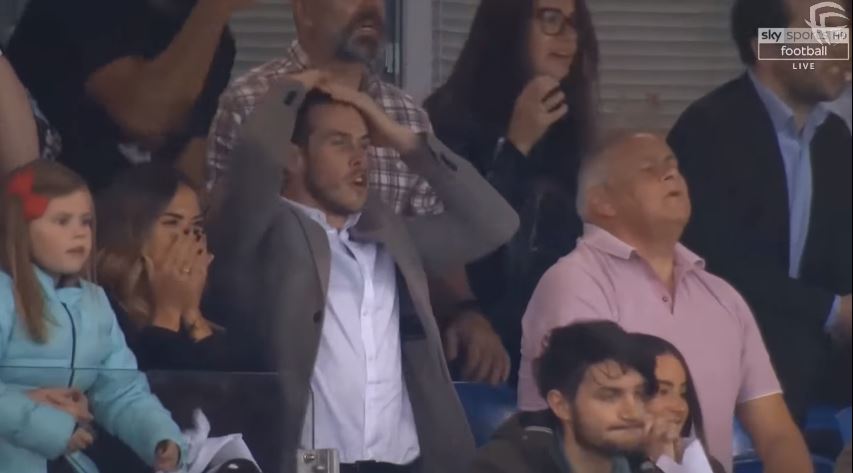 One couldn't fault Bale's passion. He lived every moment of that game, the good and the bad. He grunted his way through every wayward pass and missed opportunity and felt the crushing blow of conceding the decisive goal.

It was his attire and where his ass was planted that had a lot of people talking though. His blazer and seat in the stands directly contrasted with Coleman sitting in the dugout proudly donning his Ireland gear.

Bale in a blazer in a box with his missus. Coleman in a trackie in a dugout with the lads. Talent can never equal class 🇮🇪 #COYBIG

Bale in the stand in a suit yet Coleman, Long & Walters were in their tracksuits with the🇮🇪team #TogetherStronger ?pic.twitter.com/k9RmeXHZn6

Bale in the stand in his suit yet Coleman, Long and Walters were all in their tracksuits with the Irish team #TogetherStronger????#COYBIG

Bale in the stands - Coleman, Walters, long, all with the team
- #COYBIG 🇮🇪🤙🏻 can't buy that kind of class

After the final whistle sounded, Coleman immediately took to the pitch to congratulate his teammates. He embraced the goalscoring hero McClean for putting in a superb shift in the Irish shirt. 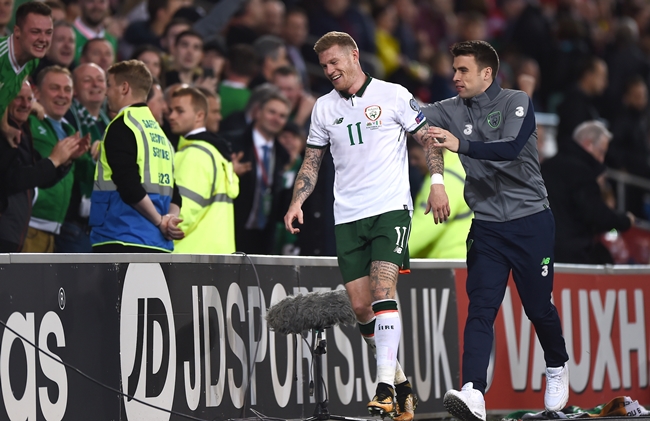 There was also a lovely moment between Coleman and stand-in captain David Meyler at the end of the game. The Cork native claimed the Man of the Match accolade for his performance against the Welsh. 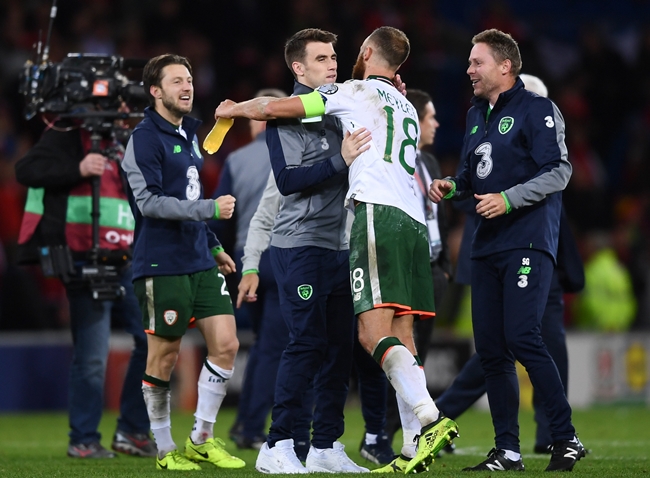 Ireland are delighted to have their captain back and leading them on the pitch but, back in Cardiff 11 months ago, he did all he could from the sidelines.

*Updated from an article first posted on October 10th 2017


popular
Man United could be blocked from playing in the Champions League next season
Clive Woodward happy to 'eat humble pie' after bold comments about Ireland
Man City expect Pep Guardiola to leave
The Ireland team Andy Farrell needs to start when France come to town
Josh van der Flier's post-match recovery routine could spark a bracing trend
"He rode him like a machine rather than a racehorse" - Mullins doesn't spare Townend as second string come good
Matt Williams wants two changes and Peter O'Mahony benched for Ireland vs. France
You may also like
1 month ago
Evan Ferguson praised after Brighton striker matches feat by Premier League legend
1 month ago
Evan Ferguson: All you need to know about Ireland's newest striker
1 month ago
Roy Keane cracks ice cold Ireland joke after France lose World Cup final to Argentina
1 month ago
Ireland reportedly line up Lee Carsley as next national team manager
1 month ago
Talksport presenter puts Martin O'Neill to the pin of his collar over Declan Rice and Jack Grealish
2 months ago
UEFA fine FAI €20,000 for Ireland dressing room song
Next Page