Manchester City could be without their top scorer for the Manchester Derby - and a few games after that - after Sergio Aguero was hit with an FA charge for an alleged elbow on Winston Reid.

But what about the real victims of the situation? That's right, those of us with Aguero as our fantasy football captain.

Sure, City might be forced to go head-to-head with their rivals with barely-an-adult Kelechi Iheanacho or barely-a-striker Wilfried Bony, but what about us folk who will need to hand the digital armband to some no-mark like *checks team for the first time since the opening day* Callum Wilson.

Think we're the only ones stressing about this? You've clearly underestimated the fantasy football community.

Aguero charged by the FA. That usually means a three game ban in on the way #FPL pic.twitter.com/QagD4m0evz

Damn Now I have to get rid of Aguero Yet I already Made my transfer.. I Guess its a -4 fore then!! #FPL

Aguero charged with violent conduct against Westham. This weekend should mark a National Day of mourning for Fantasy football peeps!

At least some of us only need to ditch Agüero. There's always someone who's got it worse. 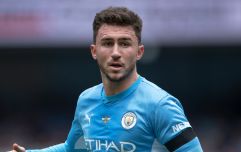 END_OF_DOCUMENT_TOKEN_TO_BE_REPLACED

How early is too early to use your wildcard? Should you wait until after the length of ban is confirmed? Is it really worth replacing Agüero with Zlatan Ibrahimović when Manchester United have City, Leicester, Liverpool and Chelsea in their next six games?

We don't have all the answers, but we do know one thing. You probably want to wait until after the international break before doing anything. After all, you don't want to replace a suspended striker only to end up with an injured one in his place.