If you've always been a bit curious about how much Monaco splashed out on Falcao, then look no further.

Football Leaks is a new football site inspired by WikiLeaks, the website created by Julien Assange which leaked top secret political information to the world's media.

Just like the Wiki version, Football Leaks are dedicated to revealing the darkest secrets in the beautiful game, most of which revolve around the almighty dollar.

One finding supposedly made by the site, involved super agent Jorge Mendes and his client Radamel Falcao.

Mendes infamously secured the Colombian a move to Monaco in 2013 very much against his will, a club he’s still technically owned by.

The fee Monaco paid for Falcao was undisclosed at the time but was estimated at around €60m.  According to Football Leaks, however, Monaco paid  just €43m. 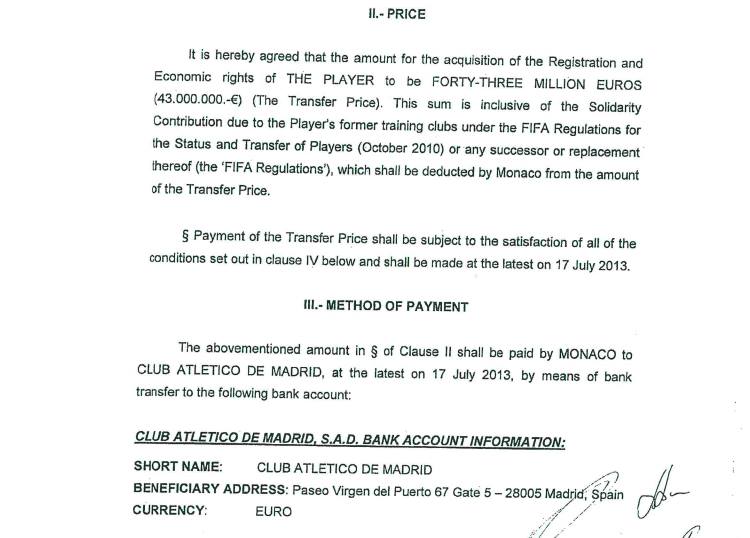 
popular
Referee Mathieu Raynal puts Sexton in his place after TMO mess
Sexton compares "brilliant" Irish debutant Craig Casey to Jonny Wilkinson
Tadhg Beirne now delivering what so many of us knew he was capable of
Owen Farrell rages at referee Pascal Gauzere as Wales catch England sleeping
Will Connors locks down No.7 jersey with two rapid succession plays
The SportsJOE 12 o'clock quiz | Day 308
QUIZ: How well do you know Manchester United players of the 2010s?
You may also like
1 month ago
Fernando Torres has got absolutely jacked since retiring from football
1 month ago
10-week ban for Kieran Trippier reportedly scuppered Man United move
1 month ago
WhatsApp messages that led to Kieran Trippier ban are revealed
4 months ago
What Arsenal fans should expect from Thomas Partey
5 months ago
Messi takes to Instagram with swipe at Barcelona board and farewell to Suarez
1 year ago
Move over Sergio Ramos, there's a new shithouse in town
Next Page