It comes after Sam Kerr became the first female player to feature on the global cover of the game.

Women's Super League (WSL) clubs are set to feature on the latest instalment of the EA Sports FIFA game for the first time in history.

As well as clubs in England, teams from France's top-flight league will be included in FIFA 23 - alongside international women's teams.

This year's edition of the game will be the last FIFA branded game by EA Sports, with its partnership with world football's governing body coming to an end.

Welcome to The World’s Game 🌍
Welcome to #FIFA23. 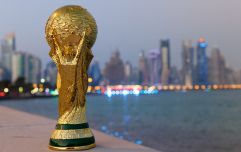 FIFA set to move the start date of 2022 World Cup

END_OF_DOCUMENT_TOKEN_TO_BE_REPLACED

The announcement that WSL sides will feature on FIFA 23 comes after it was revealed that Chelsea player Sam Kerr will become the first female player to feature on the global cover of the game.

Kerr will feature alongside Paris Saint-Germain forward Kylian Mbappe on the cover of the new game, which is set to be released on September 30. 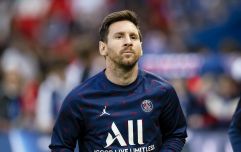 END_OF_DOCUMENT_TOKEN_TO_BE_REPLACED

David Jackson, who works for EA SPORTS FC, said that it was a "monumental moment not only for the franchise, but for EA SPORTS as a whole."

He added: "FIFA 23 is our most innovative and feature packed title ever and we’re energised to have two of football’s greatest players share their love of the game with fans around the world."

Upon being picked, Kerr described the opportunity to feature on the cover as "a dream come true."

She said: "It’s an honour and a dream come true to be on the cover of FIFA 23.

"It’s been incredible to work with Kylian and the whole EA SPORTS team, and I can’t wait for fans to get their hands on a copy of the game."

Until now, female stars have only featured on regional covers. Alex Morgan and Canada's Christine Sinclair were put alongside Lionel Messi on the North American editions of FIFA 16.

You may also like
2 months ago
Sepp Blatter and Michel Platini acquitted of corruption by Swiss court
3 months ago
Half of all players at Euros and AFCON were abused online, according to FIFA study
3 months ago
Ecuador set to be 'kicked out' of World Cup after player 'faked' birth certificate
4 months ago
FIFA and EA Sports to end video game partnership after almost three decades
5 months ago
Qatar World Cup organisers admit to exploitation of migrant workers
4 days ago
The five types of five-a-side players filling your team during the GAA off-season
Next Page