"We're not going to reproach you for anything."

Fernando Torres has left Atletico Madrid for the second time in his career, and Antoine Griezmann is expected to follow him this summer. Torres was given a great send-off by his boyhood club on Sunday, when he scored twice in the win over Eibar at the Wanda Metropolitano, a few days after lifting the Europa League trophy for the Spanish club.

Torres' next club is still unknown, but it is looking increasingly likely that Griezmann will join Barcelona before the new season starts. The French forward has been brilliant for Atletico since joining from Real Sociedad in 2014. Reports suggest that he will move to Barca for £100m this summer, and news seemingly reached the fans in attendance on Sunday. 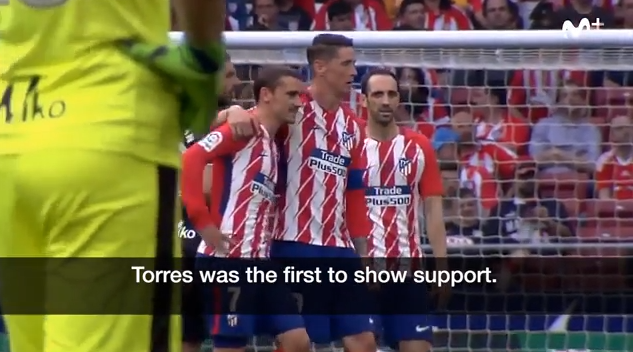 Griezmann came on the pitch for the final 30-minutes of the win, and his every touch was booed by the Atletico supporters. The 27-year-old had scored twice in the Europa League victory over Marseille a few days previous, but fans took aim at him over his potential move to Barcelona.

However, he still had the support of his Atletico teammates.

In the clip below, Torres can be seen putting his arm around Griezmann and then captain Gabi held up seven fingers to the crowd - in honour of Griezmann who wears number seven. 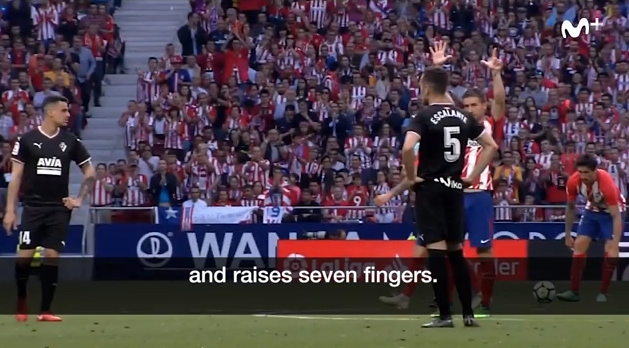 END_OF_DOCUMENT_TOKEN_TO_BE_REPLACED

On the bench, Diego Simeone sent Diego Godin over to some supporters to ask them to start cheering for Griezmann and it worked. The stadium began chanting his name. Torres returned to his teammate and said, "We're not going to reproach you for anything" and told him how important he was to the team.

This struck a chord with Griezmann, who could be seen wiping tears from his eyes.

You can watch the incident here:


popular
"When Sean Boylan was around, you didn’t need a psychologist or a counsellor - he did it all himself"
The SportsJOE 12 o'clock quiz | Day 136
The daily diet of Manchester United midfielder Jesse Lingard
James Ryan's misfortune opens Leinster and Ireland doors for Ryan Baird
COMPETITION: Answer this survey for a chance to win a fabulous stay at the Trident Hotel in Kinsale
The diet of a modern day rugby player compared with a top jockey
"It's not about winning at underage. It's about building players and building people"
You may also like
10 months ago
Six post-match thoughts on the Madrid Derby
1 year ago
Atletico Madrid to dispute Barcelona triggering Griezmann's release clause
1 year ago
Rodri terminates Atletico contract after City activate buyout clause
1 year ago
Chelsea knock back Barcelona and Atletico advances for Willian
1 year ago
Antoine Griezmann says goodbye to Atletico Madrid
1 year ago
Manchester City and Manchester United identify two different Atletico Madrid midfielders
Next Page