'One thing this manager likes is full-backs who can actually play and get on the ball.'

Rio Ferdinand has claimed that Luke Shaw and Aaron Wan-Bissaka have a "hell of a job" getting in Ralf Rangnick's team.

Ronaldo had his best performance of the season out of possession on Sunday.https://t.co/7Flgksr3Wq

Ferdinand: Wan-Bissaka and Shaw will find it tough to get into Rangnick's team.

The German opted for Diogo Dalot at right-back and Alex Telles on the other side, with Wan-Bissaka an unused substitute and Shaw currently out injured after suffering a head injury. 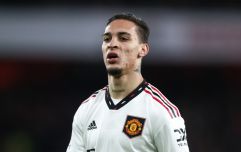 END_OF_DOCUMENT_TOKEN_TO_BE_REPLACED

United legend Ferdinand believes that Rangnick picked the duo because of their ability with the ball at their feet, adding that - for Wan-Bissaka particularly - there is going to be a 'big fight' to get back into the Red Devils side.

He also suggested that they are going to have to find a way to adjust to the former RB Leipzig boss' high possession style of play.

Ferdinand on Rangnick's style of play. 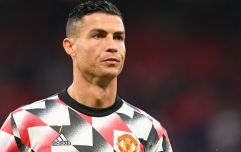 END_OF_DOCUMENT_TOKEN_TO_BE_REPLACED

Speaking on his FIVE YouTube channel, Ferdinand said: "I've got to be honest, Wan-Bissaka has got a hell of a job getting back in this team. The same for Luke Shaw.

"They've both got one hell of a job. One thing this manager likes is full-backs who can actually play and get on the ball.

"As well as doing the other stuff like pressing, he wants output with the ball.

"That's the weakest part of Wan-Bissaka's game, there's going to be a big fight for him to get back into this team."

Shaw has made 15 appearances for the Red Devils this season, with Wan-Bissaka featuring on 17 occasions.

United host Young Boys in the Champions League on Wednesday night having already secured qualification to the knockout stages of the competition, needing just a draw to top Group F.