Do not mess with Erik ten Hag.

It's early days into Erik ten Hag's spell as Manchester United boss, but one thing that is immediately noticeable is that Ten Hag does not care about who he upsets.

The Dutchman demands the highest of standards at all times - whether that be on the training pitch or during an actual game - and United's pre-season friendly with Crystal Palace on Tuesday showed just that. 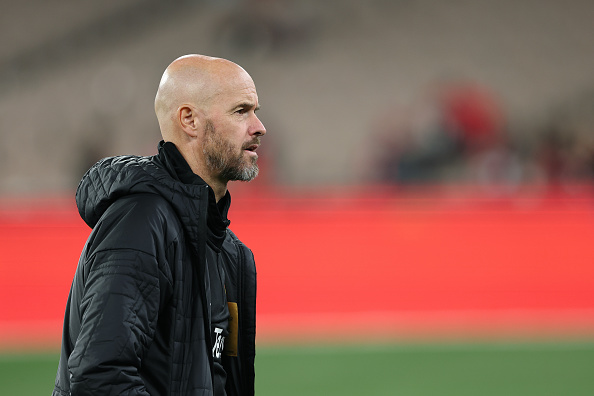 De Gea was clearing the ball away during pre-season... something he shouldn't have done

END_OF_DOCUMENT_TOKEN_TO_BE_REPLACED

Despite being 3-1 up against the Eagles with just minutes to go at the Melbourne Cricket Ground, Ten Hag still wanted ultimate professionalism until the final whistle.

Goalkeeper David De Gea was given the ball before opting to hit the ball long up the field... something that left his boss more than furious.

"David, what the f*** are you doing?!" the 52-year-old could be heard screaming from the touchline.

His behaviour in that split second is a far cry from what we've seen from other managers since the post-Alex Ferguson era.

“DAVID… What the f*ck are you doing?”pic.twitter.com/MiMX1n7nct

END_OF_DOCUMENT_TOKEN_TO_BE_REPLACED

Thankfully for De Gea's sake, the Red Devils did go on to win the game. Goals from Anthony Martial, Marcus Rashford and Jadon Sancho ensured United continued their winning start to pre-season whereas Joel Ward's goal for Palace was only a consolation.

Youngster Will Fish was also sent off for Ten Hag's side for a poorly timed tackle, just 20 minutes after he had come on as a substitute.

The United boss has insisted that 'certain demands' must be met by all members of the squad after he responded to video footage of him criticising England winger Sancho in training.

"I look to the player and I have a certain demand," he said.

"And I will tell them, if they have capabilities, but you have to invest. It is not just in terms of Jadon, it is for every player.

"I will tell every player what I expect of them. I have high standards because you are here, you are playing for Manchester United, then you must bring every day on the pitch. That is an expectation I have."

The rest of Man United's pre-season schedule includes games against Aston Villa, Atletico Madrid and Rayo Vallecano prior to the start of the Premier League season.