His side already 4-0 up at home to Sunderland in December 1996, Eric Cantona picked up the ball close to the half-way line with his back to goal, turned sharply and then pushed forward. Having exchanged a one-two with Brian McClair, he chipped the advancing goalkeeper from just inside the penalty area, the ball clipping the inside of the post as it entered the Black Cats' goal. 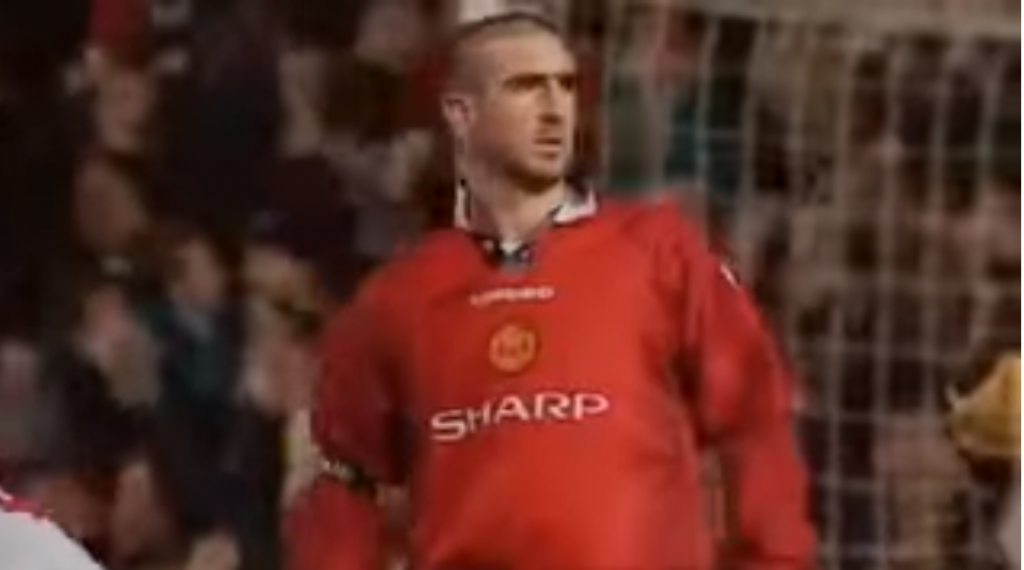 END_OF_DOCUMENT_TOKEN_TO_BE_REPLACED

Not moving from the spot, Cantona slowly turned 360 degrees, staring into every corner of the Old Trafford stands, a picture of calm as United supporters toasted a truly special goal. If ever a moment typified the Frenchman's swagger, this was it.

From the second Cantona's foot had dug underneath the ball, the goalkeeper - Lionel Perez - stood little chance.

Recalling the moment, the former United number seven explains that an exchange - or lack of one - with Perez prior to a game a few years previously had contributed to his choice of celebration.

"The goalkeeper, Perez, was French and I played with him when he was a young player," Cantona explained, speaking at an event at Salford's Lowry Theatre.

"I'd started playing when I was 17 and the older players gave me confidence, so I said to myself I would do the same thing when I will be older. So I helped him and he was good.

"So when I scored this goal - which is a humiliation for a goalkeeper - it was a real, great pleasure. It was the right answer [to Perez's snub before the game].

Reenacting his celebration, Cantona explained he did it so that Perez would be able to see him from every possible angle - to rub it in, in other words.

"[I did it] So he could see me from the front, the back, the side," he said. "Then I could take all the energy of the fans."

Cantona would retire at the end of that same season having guided United to another Premier League title.