The internet wasn't around when Eric Cantona produced that infamous kung fu-style kick but, by God, imagine.

He hardly escaped lightly without the attention of social media but that incident on January 25 back in 1995 would've sent the whole online world into complete and utter meltdown.

Here's how we imagine it would've went down that night. 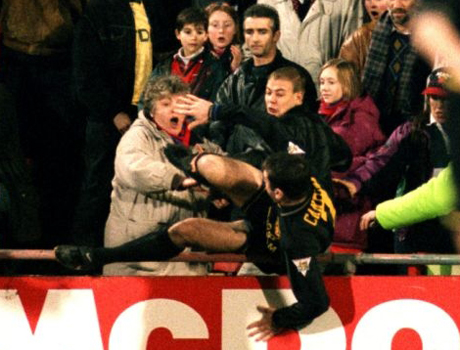 2. A journalist tweets quickly but he's missed something

3. Someone tweets what actually happened

6. Another journalist weighs in with his tuppence worth

7. Liverpool fans aren't going to let this one slide 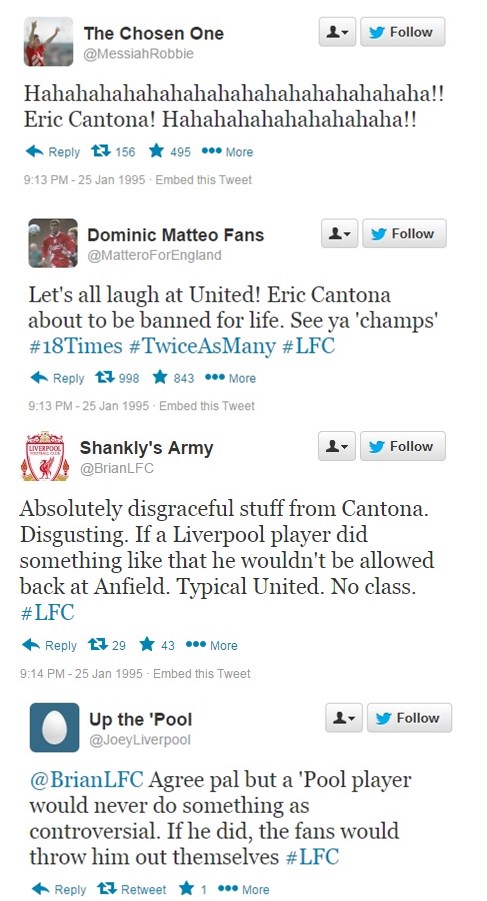 8. A few random footballers who no-one really cares about are watching the game 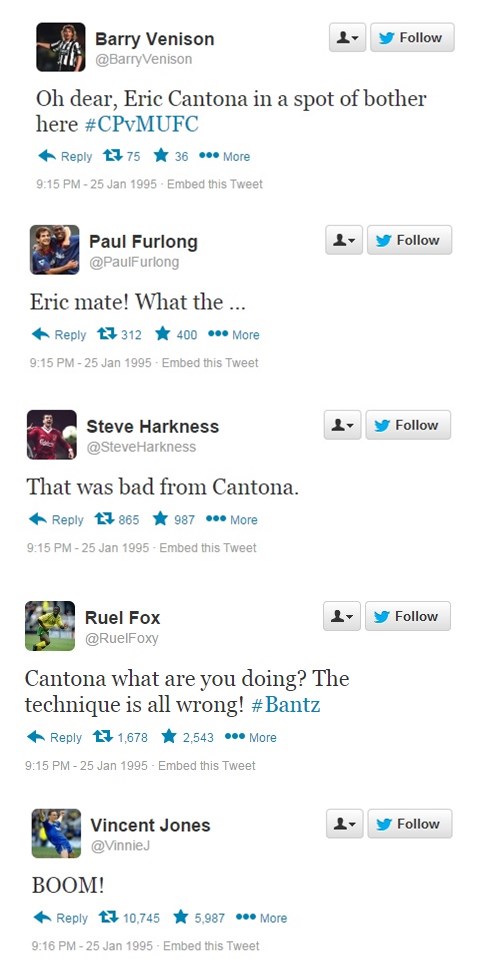 9. A teenage Michael Owen gets involved

10. The official United account finally gets around to updating us and offers a bland recount

11. Some current affairs columnists aren't too happy with the chaos a football game is causing 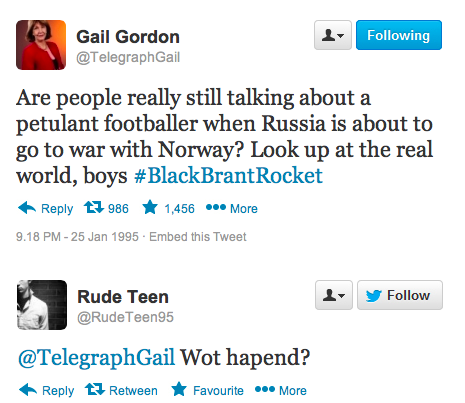 12. Someone more opportunistic uses the commotion to wreck up old graves

13. Things are getting heated now

14. A well-known celebrity nominates himself as the voice of reason

15. The internet shows its creative side 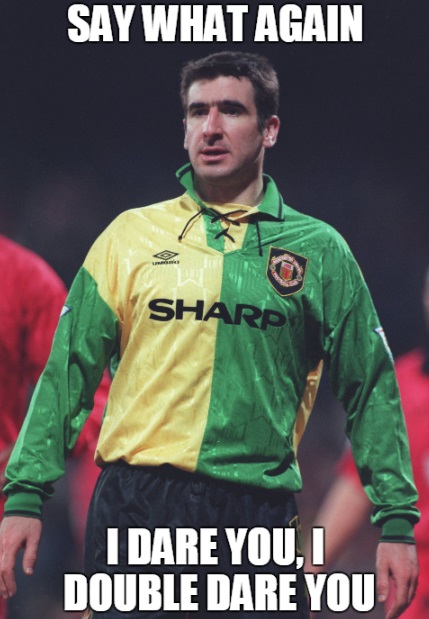 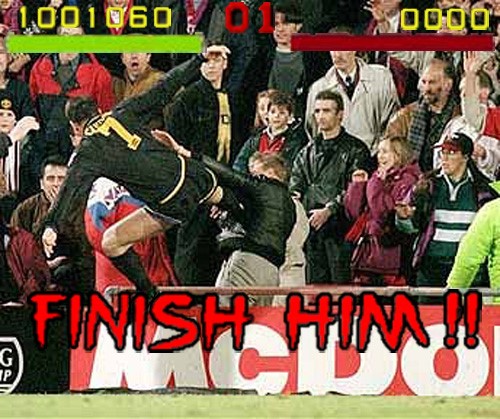 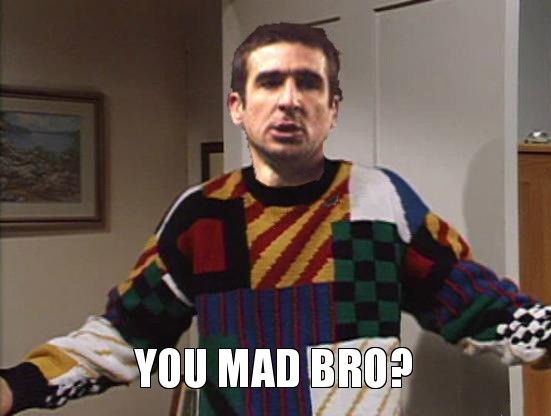 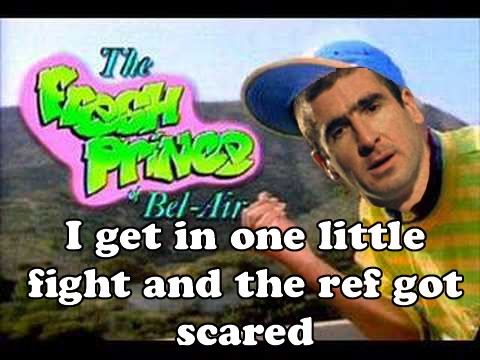 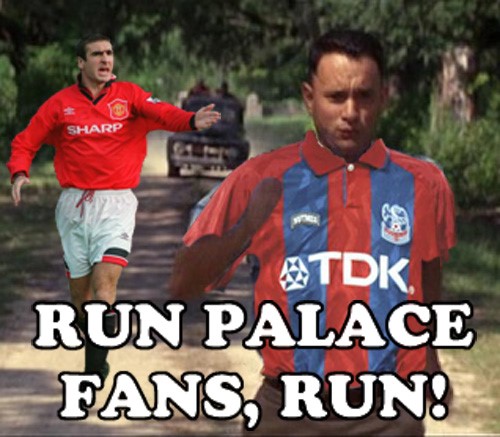 16. The Metropolitan Police let the public know they're on top of things 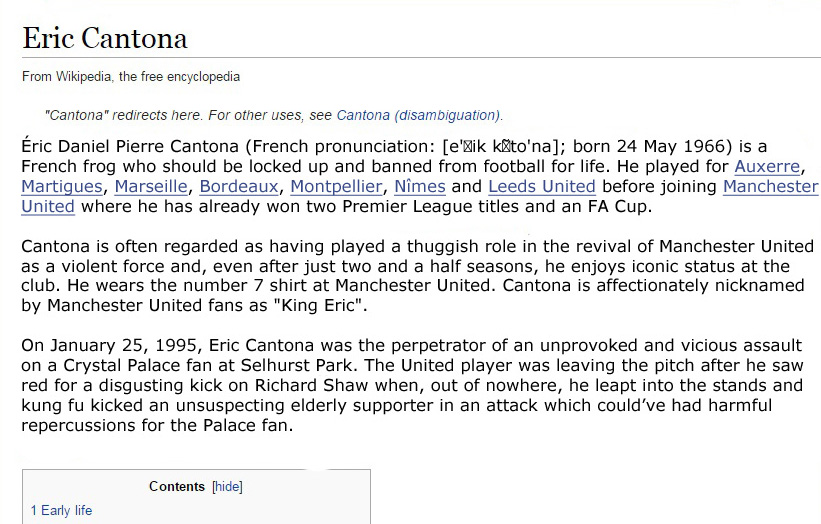 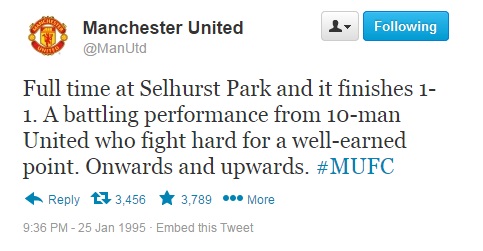 19. Take That superfans soon weigh in 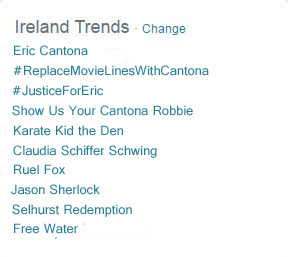 21. A 12-year-old Joey Barton is suitably impressed with the evening's antics 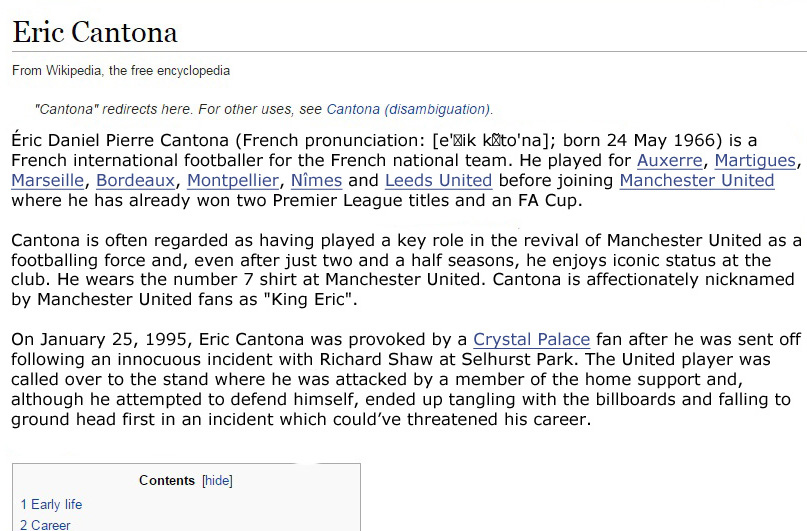 24. The victim speaks out

25. People turn to Yahoo looking for answers but don't really get anywhere 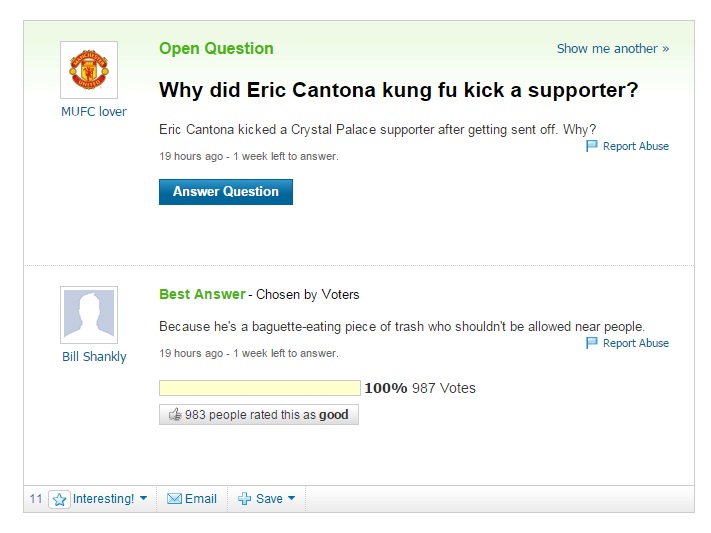 27. The man himself clears it up with a simple explanation when the dust just about settles 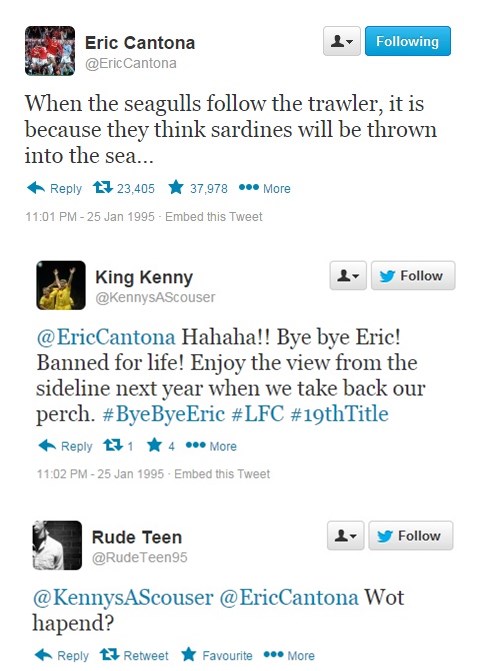