El-Hadji Diouf takes opportunity to slate retiring Steven Gerrard - "He was nothing at all!"

Steven Gerrard's announcement that he was hanging up his boots would have been the perfect time for former teammate and perennial foe El-Hadji Diouf to bury the hatchet.

But letting bygones be bygones is not Diouf's strong suit and he took the opportunity to dig the sharp blade deep into Gerrard's back as he offered the latest scathing criticism of the legendary Liverpool captain just hours after he'd revealed his retirement plans.

It's well documented that Diouf did not get along with Gerrard, or Jamie Carragher for that matter, during his time on Merseyside and in a sensational interview on French TV channel SFR Sport on Thursday evening, he claimed that Gerrard "was afraid of looking into my eyes." 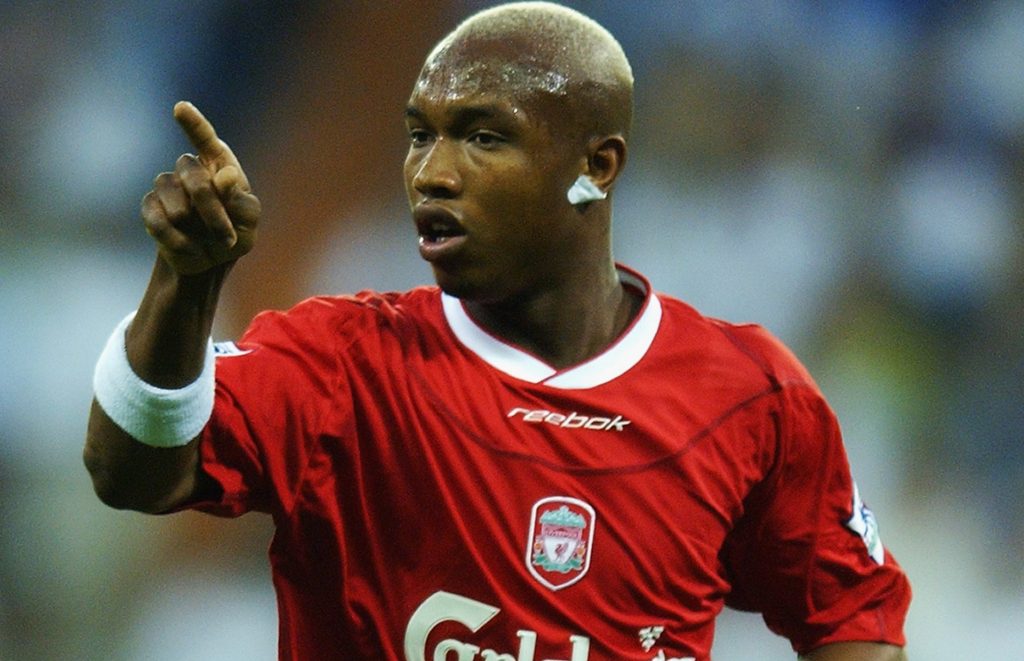 END_OF_DOCUMENT_TOKEN_TO_BE_REPLACED

"People told me at Liverpool, there was some guys you could not touch, but I touched them," Diouf continued. "That is why it was complicated for me."

Alongside Diouf on the show was former Arsenal and France player Emmanuel Petit, who sounded in genuine disbelief at Diouf's comments about an all-time Premier League great.

"Are you talking about Steven Gerrard?" Petit asked.

END_OF_DOCUMENT_TOKEN_TO_BE_REPLACED

"I do. Stevie G and Jamie Carragher, the two scousers," Diouf brashly answered.

A frosty relationship has always been shared by Gerrard and Diouf but things got even uglier after the former hit out at the latter in his autobiography, which prompted the former Senegal international to accuse Gerrard of racism.

El-Hadji Diouf has made a truly astonishing allegation against Steven Gerrard http://t.co/qxQSgwjTec pic.twitter.com/SdFuQNc7D4

END_OF_DOCUMENT_TOKEN_TO_BE_REPLACED

"I am not a scouser," Diouf continued. "I did not come to Liverpool to buy a house and live there in the future."

From the outset, the personalities of Diouf and Gerrard clashed and it sounds like that's certainly going to carry into retirement.

Gloriously deluded El Hadji Diouf has hit out at the mentality of Jamie Carragher and Steven Gerrard https://t.co/FjzlrAiAoV

“I asked him to tell me in which big competition, Euros or World Cup, people think about him.”

Diouf put it to Petit to name the trophies won by Gerrard to prove that he was a legend of the game and when the Frenchman hesitated, Diouf took that as the evidence necessary for his argument.

“Here is the proof, even you cannot remember,” Diouf said.

“You are talking about Euros and World Cup. Today I owe you respect, I owe respect to Mr Zidane because you did win the World Cup."

Petit refused to stand for the Gerrard bashing, especially on the day that was in it, and he interjected. 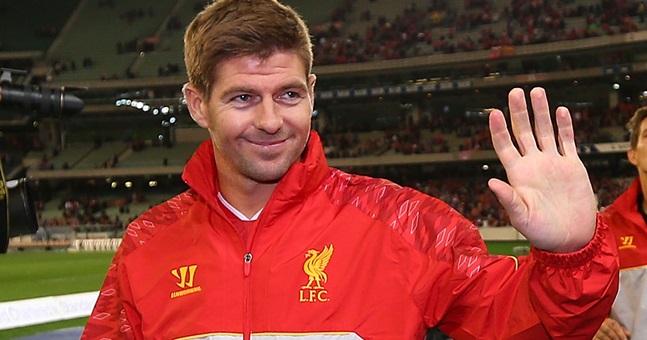 “I cannot let you say that about Steven Gerrard, he was an immense player," Petit said.

But Diouf would not be swayed and hammered home his point by repeating how he never respected the Reds legend as a man.

“I repeat. I respect the player, very big player, but the man, I do not respect. And I told him, I let him know that," Diouf continued.

“Then as you know, there were some brown-nosers, who went to the manager to repeat what I said. That was the real problem. When Gerrard did that, we had an argument, like real men.

“That is why he does not like me. He knows I say what I think, that when it is not right, no problem, I am up for it.

“He could not, he was afraid of looking into my eyes. He was afraid of talking to me. Let's not forget when I arrived I did not ask for his shirt. He asked for my Senegal shirt for one of his mates.”
Dick Clerkin makes his GAA Hour debut to talk about a wonderful career and argue passionately with Colm Parkinson over Sky Sports GAA. Subscribe here on iTunes.


popular
World Cup 2022 Day 13: All the major action and talking points
QUIZ: Can you identify the World Cup 2018 team from the crest?
Skills, scowls and scores - Luis Suarez rolls back the years against Ghana
Shay Given on how far Ireland could've gone at the 2002 World Cup with Roy Keane in the team
Patrice Evra 'likes' photo of Luis Suarez in tears after World Cup exit
Ronaldo finally reveals why he got that hideous haircut
From Ireland to Argentina: Alexis Mac Allister's Irish roots explained
You may also like
4 weeks ago
Looking back at the best Tottenham vs Liverpool clashes of the past
1 month ago
Man City club doctor takes aim at Jurgen Klopp in deleted social media post
1 month ago
Player ratings as Man United beat West Ham thanks to Marcus Rashford goal
1 month ago
Liverpool Leeds player ratings: Crysencio Summerville stuns Reds at Anfield
1 month ago
Five talking points as Liverpool face Leeds at Anfield in a crucial Premier League game
1 month ago
Referee Bobby Madley to make Premier League return four years after being sacked
Next Page