He was due to leave at the end of the year.

Ed Woodward could delay his Manchester United exit as the club look to appoint an interim manager until the end of the season before committing to a long-term appointment for the 2022/23 season.

The executive vice-chairman was due to leave at the end of the calendar year after the collapse of the European Super League plans left egg on his face. This news from April came as a relief to United fans, who had grown tired of his scattergun approach to transfer windows and generally poor running of the club's footballing operations.

But Sky Sports are now reporting that the former banker could be sticking around for a while longer as he oversees the next two managerial appointments. 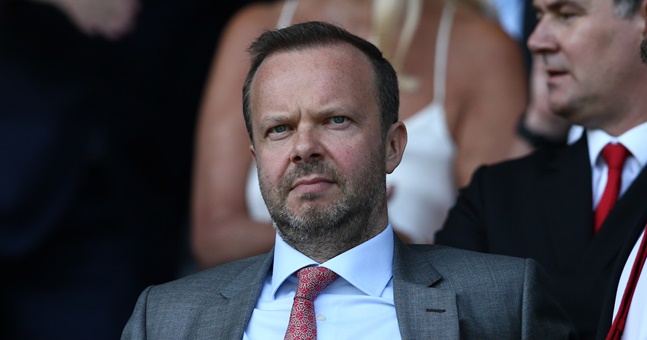 Ed Woodward could extend his stay at Man United.

It was reported at the weekend that Richard Arnold, a director at the club, would be tasked with finding the next manager(s). But it now looks as though Woodward, who was instrumental in Solskjaer's dismissal, will stick around for a while longer to assist in the process of replacing the Norwegian.

END_OF_DOCUMENT_TOKEN_TO_BE_REPLACED

Michael Carrick, who was an assistant manager under Solskjaer and Jose Mourinho before him, has been named caretaker manager while the club look for someone to steer the ship until the end of the season.

Another former United player from their 1990s glory days, Steve Bruce, has thrown his hat into the ring for the vacancy, with the Athletic reporting that he believes he can 'stabilise the dressing room.'

Longer term candidates include current PSG boss Mauricio Pochettino, as well as Ajax's Erik Ten Hag and former Real Madrid manager Zinedine Zidane. However, reports suggest Zidane is not keen on taking the role, due to his limited English and the fact his wife does not want to live in Manchester.

🔴Manchester United's executive vice chairman Ed Woodward could delay his departure from the club as he oversees the appointment of the new interim and then their new long term manager pic.twitter.com/VeLOyXPShe