The Super League has fallen apart, and Woodward has gone

Ed Woodward is resigning as executive vice-chairman of Manchester United after a number of clubs withdrew from plans to form a Super League.

It was announced late on Sunday night that 12 of Europe's 'leading clubs', including AC Milan, Spurs, Real Madrid and Arsenal, would form a Super League, but the backlash from fans all over the world has seen the proposal fall apart on Tuesday night.

END_OF_DOCUMENT_TOKEN_TO_BE_REPLACED

Chelsea were the first to withdraw from the competition, with Barcelona, Manchester City and Atletico Madrid soon following suit.

Manchester United faced heavy criticism for their part in the plans to form a closed shop of elite clubs, and as a result Ed Woodward has stepped down from his position at the top of Man United's board. In a statement released by the club, United co-chairman Joel Glazer stated:

"Ed Woodward has served the club with great distinction. On behalf of everyone at United I would like to place on record our sincere thanks for his tireless work and dedication.

“His contribution to the club has been massive, and he will always be welcome at Old Trafford as a part of the Manchester United family."

Sources at the club have told ESPN that 'Woodward's decision is not related to the controversial attempts to lead the club into a breakaway European Super League'. That being said [or briefed], it is thought that the collapse of the breakaway league has accelerated the former JP Morgan investment banker's decision to leave.

He will remain on until the end of 2021, giving him eight months left in his role. 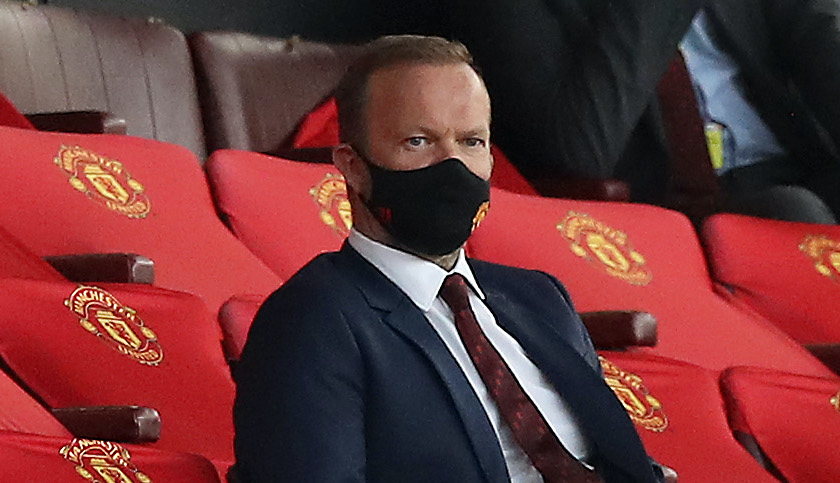 Ed Woodward looks on from the stands at Old Trafford in September, 2020. (Photo by Martin Rickett - Pool/Getty Images)
Advertisement

With Woodward seen as one of the prime movers, from an English stand-point, in the rebel league, officials from the Premier League's 14 other clubs let it be known, at a meeting earlier today, that the United man would not be welcome at future gatherings.

END_OF_DOCUMENT_TOKEN_TO_BE_REPLACED

Woodward has faced heavy criticism ever since he stepped up to the role in 2012. While the club has secured a number of partnership deals with tyre and noodle brands, the club has suffered on the pitch as poor recruitment and managerial appointments have go the Woodward green light.

Finally, with The Super League imploding and executives ducking their heads, it looks as if the fat lady has sung.


popular
Liverpool set £60m Mo Salah price as contract talks continue
Two All-Ireland quarter-finals to be streamed exclusively live on NOW
Patrick Vieira claims he was 'much better' than Roy Keane in new interview
QUIZ: How many of the 10 most successful football counties can you name without making a mistake?
Matt Le Tissier says he asked Sky Sports why they never sacked Jamie Carragher
Ex-Real Madrid defender reveals he used to turn up to training drunk
Éamonn Fitzmaurice explains Aidan O'Shea's best position and how it can be used against Kerry
You may also like
1 day ago
Man United transfer troubles continue as Erik ten Hag's budget is 'capped'
2 days ago
Zinedine Zidane explains why he would never manage Man United
2 days ago
Steve McClaren issues warning to Man United players
2 days ago
Richard Arnold: A behind the scenes look at how Man United fans' unlikely meeting with the CEO happened
4 days ago
Christian Eriksen reportedly becomes latest player to turn down Man United
4 days ago
Rio Ferdinand on the four Man United players who could be sold this transfer window
Next Page