Eamon Dunphy on Roy Keane: I think Saipan changed him

Former RTE soccer pundit and journalist Eamon Dunphy has said that he thinks that Roy Keane's exit from Saipan at the 2002 FIFA World Cup changed him.

Keane famously left the Republic of Ireland national squad at the tournament after a training ground row with then manager Mick McCarthy.

The issue was highly divisive at the time and Dunphy feels that there was a change in Keane from the time he helped him with his first biography to how he's portrayed now after a string of incidents, most recently his fallout with Ireland internationals Jon Walters and Harry Arter as Ireland assistant manager.

"I think Saipan changed him," Dunphy said on the latest episode of Second Captains.

"I think the fact that he became a national hero to half the country I think affected him to be honest, because I found him very good in my dealings with him and they were over a number of months.

"A most delightful man, not a sign of temperament or anything like that, but I think there have been too many incidents with the taxi driver in Manchester, with someone in a hotel that wanted a book signed, all of that anger isn’t good around the camp.

"International weeks are particularly important and people that I've talked to that have bee in the camp say the work isn't being done.

"You can't just turn up at the Aviva [Stadium] one hour before a game and tell players that they're playing. You've got to work with your team during the week. It simply can't be done."

Dunphy also added that he does not believe that Keane is comfortable around people and that he lacks tolerance. 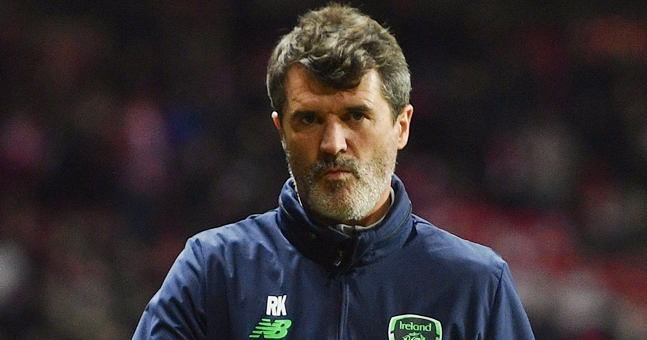 "I don’t think he is comfortable around people and tolerant. It’s hard to imagine how you could fall out with John Walters, twice. At Ipswich and then have another go at Jon a couple of weeks ago."

Keane and Dunphy have had various back and forths over the last few years with Keane firing a subtle shot at Dunphy for his work on his book.

"I think the first book was certainly a mistake," Keane told Notts TV.

"I think you get drawn into situations, you get book offers and ‘you know well it might be a good experience’. That was a mistake because I was still playing.

"My advice to anybody now is that if you're in the game and you want to write a book, just make sure your career is over, and make sure you get a good writer."


popular
"I remember someone saying, 'This guy's the best of the lot of them. Just wait for him'" - Brian O'Driscoll
Emotional Robbie Savage introduces son Charlie's Man Utd debut while on commentary duty
"I trained with a guy that was born in 2004 the other day. We reckoned Earlsie could be his father!" - Peter O'Mahony
Nigel Owens on most annoying players to referee (three of them are Irish)
The story of the GAA's greatest ever minor
Six All Blacks but no Ireland players in world's top 20 list headed by Antoine Dupont
Longford GAA movie explores the tale so many young footballers can relate to
You may also like
1 week ago
Rod Stewart takes a cut off Roy Keane after Ronaldo row
1 week ago
Roy Keane's three leadership tips he gave to Owen Farrell can't be argued with
1 week ago
Rio Ferdinand and Jamie Carragher trade insults after Roy Keane argument
1 week ago
Roy Keane reiterates old comments about Man United players
1 week ago
Gary Neville had the best reaction to Jamie Carragher and Roy Keane argument
1 week ago
Roy Keane 'disagrees' with everything Michael Carrick said after Man United-Chelsea match
Next Page