That's all Anthony Martial played for France at Euro 2016.

Having completed his first season at Manchester United - scoring 11 goals in 31 outings - Martial was expected to form part of an exciting, attacking trident with Antoine Griezmann and target-man Olivier Giroud.

END_OF_DOCUMENT_TOKEN_TO_BE_REPLACED

As it played out, Martial hardly played at all.

The 20-year-old was reduced to a support role and, as the tournament progressed and his appearances stayed fleeting, Martial looked increasingly forlorn.

Deschamps copped some flak for benching the £35m youngster but held firm as France reached the final before losing to Portugal. 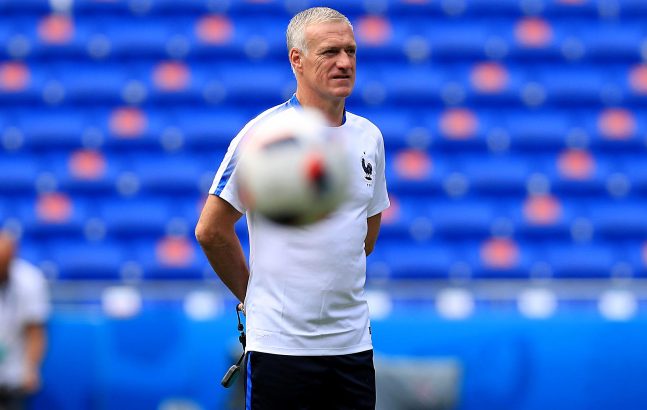 Martial has hardly set 2016/17 alight for United but he bagged his first ever international goal in a midweek France win over Italy. After the game, France coach Didier Deschamps was asked why he went with the likes of Giroud and André-Pierre Gignac rather than Martial. He responded:

"He was the first one who was not satisfied. I spoke with Anthony about this Euros. He arrived there exhausted because he had a very long season. He’s a young player, he has to go through moments like that.

"He was expecting more from the Euros and me too. But, the things were more difficult. He has to learn from this to progress."

Many French football fans will argue that Deschamps should have backed the young striker to replicate his club form at the Euros. He is doing it now but he is doing it as coach of a side that lost a European Championship final.


popular
"I remember someone saying, 'This guy's the best of the lot of them. Just wait for him'" - Brian O'Driscoll
"I trained with a guy that was born in 2004 the other day. We reckoned Earlsie could be his father!" - Peter O'Mahony
Nigel Owens on most annoying players to referee (three of them are Irish)
The story of the GAA's greatest ever minor
Six All Blacks but no Ireland players in world's top 20 list headed by Antoine Dupont
Longford GAA movie explores the tale so many young footballers can relate to
What is the story with Tyrone clubs' woeful record in the Ulster championship?
You may also like
2 years ago
Jon Walters on Ireland's 'French Foreign Legion' security at Euro 2016
3 years ago
Every step the English hype train is about to take ahead of the World Cup
3 years ago
Cristiano Ronaldo story shows how far Robbie Brady has come
3 years ago
An insane amount of people watched Wes Hoolahan's goal against Sweden
4 years ago
Ranking Ireland's home jerseys of the last three decades
4 years ago
QUIZ: You have ONE minute to name the Ireland team that played Sweden at Euro 2016
Next Page