Andy Carroll’s ego has been perfectly summed up by one of the best Gaelic footballers in the country.

The West Ham striker grabbed a hat-trick last Saturday against Arsenal, and there is even talk that he could be a late bolter for the England Euro 2016 squad.

The former Liverpool striker has just played 50 times for the Hammers since moving on loan initially in 2013, and then permanently to the Hammers in 2014.

However, ahead of the FA Cup replay with Manchester United tonight, Carroll feels he is a one-man football juggernaut who cannot be halted by anyone.

"I like to say that if the ball comes in the box I feel I am favourite. I don’t think that anyone else is going to get it – so if that is unplayable, I am unplayable.”

Big words for a man who started his first game since January last weekend, and in stark contrast to comments made by Kilkenny hurler TJ Reid in Croke Park this week. 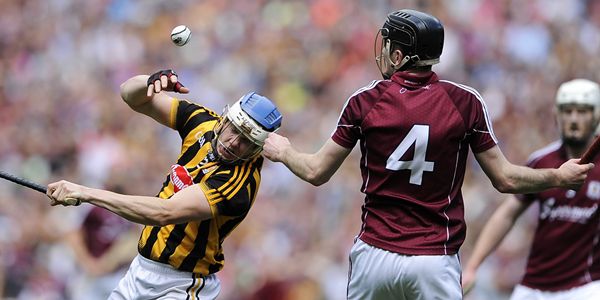 The 2015 Hurler of the Year is an absolute class act, and has taken over the mantle as Kilkenny's on-field leader perfectly since the departure of clubmate, and hurling god Henry Shefflin last year.

But when asked if he feels he is in the same bracket of skill as Shefflin, Reid played down his enormous talents in an act of humility Carroll could learn from.

“I’ll never be Henry Shefflin. He’s the king of hurling. I’m looking to do my best out on the hurling field and looking to be the best out there.

Nice words, and the difference between both men's approach to their sport was summed up perfectly by Dublin's own demi-god Diarmuid Connolly on Twitter with a with a perfect hashtag.

The difference between humility and ...... #knobHead pic.twitter.com/HRW6kgVwJB


popular
Solskjaer gamble on Harry Maguire backfires in most horrendous way
José Mourinho swaps Conor McGregor a Roma jersey for some whiskey
"I'll go back running the roads now and make sure my body doesn't get lazy"
Alex Ferguson wrote Mickey Harte a letter - ex Tyrone boss reveals in new memoir
GAA at its best as Bellaghy players run into team-mate who buried his father that morning
Jeff Stelling loses it during Soccer Saturday after Brighton was denied a blatant penalty
"It doesn't look great" - Ulster victory marred by freak Will Addison injury
You may also like
3 weeks ago
“It’s a hard one to even put words on now. I haven’t even fully digested it."
1 month ago
"I do think Dublin were complacent, you could even see it in their play" - Briege Corkery
1 month ago
The scenes in Croke Park will have young girls saying 'why not me?'
1 month ago
"Someone needs to grab a lot of the Dublin guys by the scruff to say 'we don't want you soloing across the 45'"
1 month ago
"The pictures making out it was an elbow are a disgrace on John Small and his reputation as a footballer."
1 month ago
The show of respect between Lee Keegan and John Small is what Dublin-Mayo is all about
Next Page