It was a case of close, but not close enough.

Dejan Lovren has ended 2017/18 with an enhanced reputation after showing many football fans that he could mix it with the world's best.

As for being one of the best in the world, that matter is still up for debate. 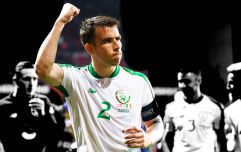 Ireland set to be part of potential 2030 World Cup bid

END_OF_DOCUMENT_TOKEN_TO_BE_REPLACED

The Liverpool defender was left as heartbroken as his Croatian teammates after they lost the World Cup final 4-2, in Moscow, to France. Shipping four goals in a final will not help his claims to be one of the best defenders on the planet right now.

After the semi-final win over England, Lovren told beIN Sports:

"I took Liverpool to the final of the Champions League and now with my national team we are in the final. People should recognise that I am also one of the best defenders in the world and not just talk nonsense."

Liverpool boss Jurgen Klopp backed up that bold claim ahead of the final. However, with Lovren there is always the suspicion that a mistake is never too far away as, for example, there was with his missed header that allowed Edin Dzeko in to score for Roma in the Champions League semi-final first leg.

Many supporters were quick to return to Lovren's claims as the final whistle sounded in Moscow. So, too,  did Peter Schmeichel. The Manchester United legend told Russia Today:

"One of the big things through the past week has been the statement from Dejan Lovren, who’s come out and done this ‘Hey look at me I am a really good defender. You all criticised me, but in fact I am one of the best defenders in the world.

"That is a very bad idea to say that. Today he didn’t show that he was one of the best. His partner Domagoj Vida did not show that either. They were not very good today." 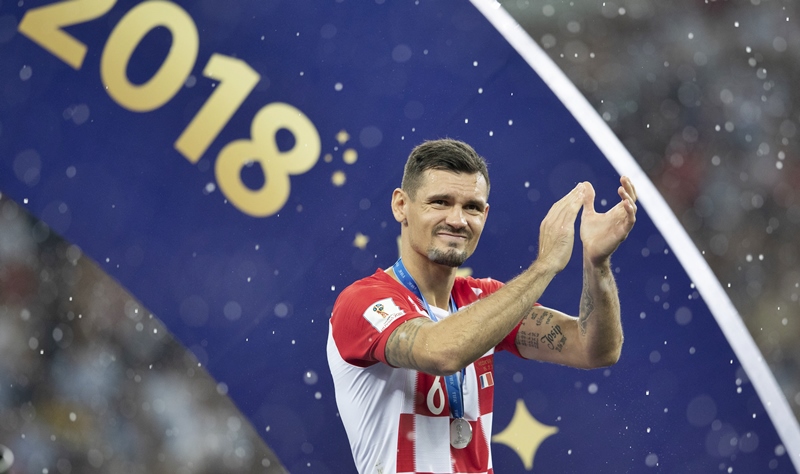 Schmeichel was not finished there.

"Maybe Lovren got a little bit ahead of himself," he continued.

"In the last two months two of the biggest finals you can play he has played in and he has lost. So he's not had a great time. And one of the reasons France scored four goals today was the unrest in that Croatian defence."

Somehow, though, we don't suspect Lovren's confidence will be too bruised heading into next season.


popular
Paul O'Donovan busts the cliches and leaves the mystery behind him in one more emphatic interview
Ireland's rowing heroes on what everyone was shouting as they beat Team GB to bronze
Aidan O'Shea on gym work, training over lockdown and the importance of younger players bulking up
Next time someone doesn't cut you slack for commuting to training, show them Joe Canning's words
Warren Gatland with great response after being asked if he'll set up Twitter account
BREAKING: Grainne Murphy issues heartfelt statement as she retires from international swimming
People are shocked after finding out how much an Olympic gold medal is actually worth
You may also like
1 year ago
Roy Keane on the experience of being managed by Jack Charlton at USA 94
1 year ago
"Paulie was like Casper the Ghost... he had lost about two stone in the two days"
1 year ago
QUIZ: Can you name the three men to have pulled off this rare World Cup feat?
1 year ago
Kearney only having one position is his greatest strength - Flannery
1 year ago
At their best, Scotland are an absolute joy to watch and a horror to play
2 weeks ago
England fans out-do themselves as petition for Italy rematch reaches 125,000 signatures
Next Page