David Moyes has given his opinion on Marouane Fellaini's best position.

Moyes reunited with Fellaini at Manchester United in a £27.5 million deal in 2013, following on from a five-year spell at Everton.

The Belgian midfielder outlasted Moyes at Old Trafford and has scored some crucial goals in recent years, when he has been regularly used as a direct outlet for United when their original strategy didn't go to plan.

Many supporters still don't know what to make of Fellaini but his former manager, Moyes, believes the Red Devils will get the best out of the 31-year-old if he is utilised in a midfield three. 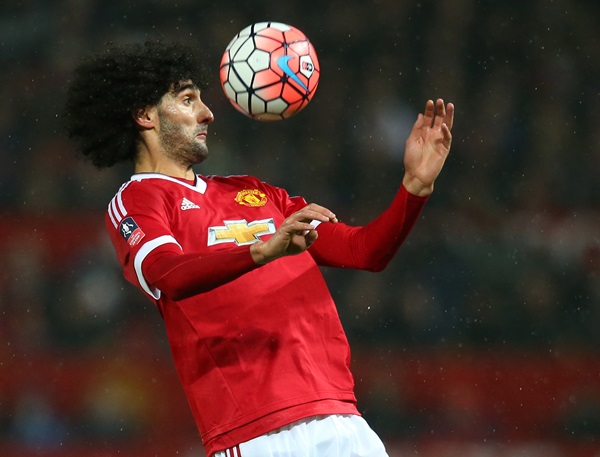 The successor to Alex Ferguson at United insisted that there was much more to Fellaini than being a target man in the dying moments of a game, proclaiming the midfielder the best in the world when it comes to one specific technique.

END_OF_DOCUMENT_TOKEN_TO_BE_REPLACED

"I think he’s better when he’s running, he actually covers a lot of distance. He’s got fantastic chest control, like you can't believe, he’s the best in the world with chest control," Moyes said on talkSPORT.

"Any balls going up, he can take it off the ground. It sticks, it's soft.

"We've seen him play a bit higher up but I think his best position is as one of three midfield players, where he can be a problem arriving in the box. He’s not going to be everybody’s favourite but myself, Jose and Louis van Gaal have all used him in the big games."