"I fought right until the last minute."

The Sunderland manager only signed two players during his brief, disastrous reign - Marouane Fellaini and Juan Mata - but neither could prevent United from finishing in seventh place.

Moyes had managerial stints at Real Sociedad, Sunderland, West Ham and West Ham (again) and his second stint with the Hammers looks likely to end just above the relegation zone.

Back in 2016, as he prepared to take his Sunderland side to play United, Motes reflected on the players he missed out on during his one summer transfer window at Old Trafford.

If Moyes thought he had a realistic chance of signing some of these players, then it explains why he ended up signing Fellaini on deadline day and ultimately failed in the job.

"When I first went in my real target was Gareth Bale. I felt all along that Gareth Bale was a Manchester United player," Moyes said.

Bale was signed by Real Madrid for a world record fee that summer, and it was obvious to anyone that he had his heart set on signing for the Spanish club.

"I fought right until the last minute," Moyes continued.

"We actually offered a bigger deal than Real Madrid. But Gareth had his mind made up on going to Real Madrid. That was, in my mind, the player I really wanted to bring to Manchester United." 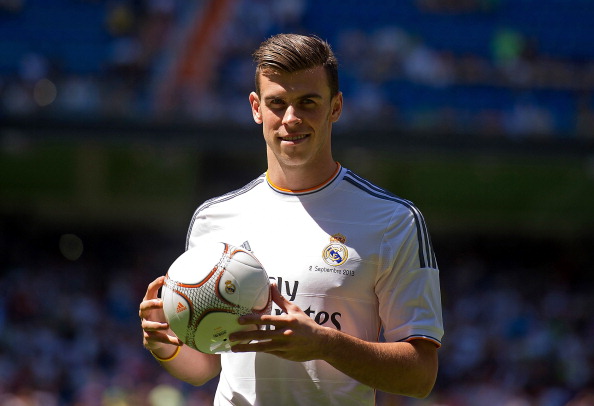 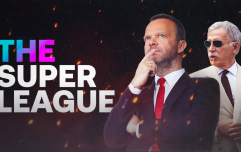 END_OF_DOCUMENT_TOKEN_TO_BE_REPLACED

"The other one was Cesc Fabregas, who we thought we would get right up until the last minute," Moyes said.

Fabregas was with Barcelona at the time, and would join Chelsea a year later. He appeared to use United's interest as leverage to strengthen his position at the Nou Camp, but Moyes continued to pursue him.

The former Everton manager also detailed how he close the club were to signing Toni Kroos from Bayern Munich and referenced Cristiano Ronaldo as "the level (of player)" the club were targeting when he was manager.

So the target was Ronaldo, but they ended up with Fellaini.

"I remember when I first met Sir Alex (Ferguson) and he always said there was a chance Ronaldo might come back.

"So that was the level we were targeting. I was not going out to bring in seven, eight players, because we had a squad which had just won the league." 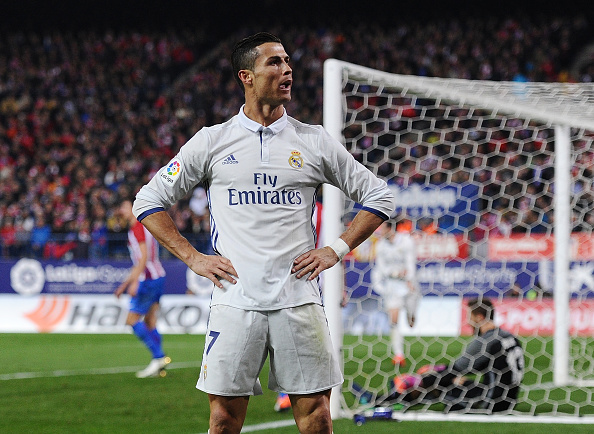 "Toni Kroos was agreed to come in the summer (2014). I had agreed it with Toni himself and his agent."

The Scot said he had met with Kroos and his wife, too, and all looked set to proceed until Real Madrid entered the picture. Moyes went on to suggest that, had he signed these players, he would still be Manchester United manager.

"Sometimes you don't get deals done. Gareth Bale we were probably behind all along, Real Madrid were well in for it.

"The Cesc one was disappointing. It was very close. And Toni Kroos came up in January - it was done.

"A lot of players come into Manchester United and have not necessarily made the difference. But I think that, given time and having got to this period, I would have hoped I would be working with a successful team now." 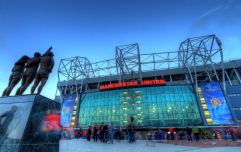 Football's greatest heist has been happening in broad daylight for years

END_OF_DOCUMENT_TOKEN_TO_BE_REPLACED

According to Mark Ogden, ESPN's chief football writer, the club were prepared to back Moyes in the transfer market, but he dithered over completing deals.

There was a chance to sign Thiago Alcantara from Barcelona, but Moyes said he didn't know enough about him to sanction the deal, and the player ended up at Bayern Munich.

Sorry Moyes, but if you had have remained in charge, there was more chance of Steven Pienaar and Victor Anichebe ending up at Old Trafford than Ronaldo or Bale.

*Updated from piece published in December 2016


popular
In 86 seconds, Patrick Bamford becomes English football's voice of reason
'Make him hurt, make him yours' - How the Springboks ruled the world
Springboks legend Tendai Mtawawira tells us what he really thinks of Ellis Genge
Jose Mourinho is about to step up and become the hero football needs
"We did find him hours later and we made up." - How Flynn and his best friend came to blows in Croke Park
'Beast' Mtawawira is a big fan of Mike Ross' Lions front row
Football's greatest heist has been happening in broad daylight for years
You may also like
17 hours ago
Ander Herrera rips European Super League apart, just like we all knew he would
2 days ago
Jose Mourinho responds to Paul Pogba criticism after Spurs draw
5 days ago
Man United make Old Trafford change in bid to improve home form
1 week ago
Mourinho launches astonishing attack on Solskjaer in response to "conning" remark
1 week ago
Harry Kane expected to push fo Tottenham exit if they miss out on Champions League
1 week ago
Man United to explore using Jesse Lingard as makeweight in Declan Rice deal
Next Page