Dani Alves has made quite a habit of winning stuff over the course of his professional football career.

The Brazilian, who turned down Manchester City in the summer, helped Paris Saint-Germain to the Ligue 1 title on Sunday night, battering reigning champions AS Monaco 7-1 to confirm their status as French champions.

For Alves, who won many of his titles while at Barcelona, this was the 36th major honour of his club career. Yep, 36. Not bad going at all, really. 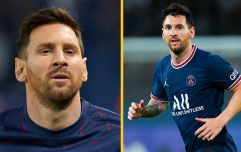 END_OF_DOCUMENT_TOKEN_TO_BE_REPLACED

To put it into context, this now moves the right back ahead of Manchester United legend Ryan Giggs, who ended his club career with 35 honours to his name. Zlatan Ibrahimovic, who also represented United and PSG along with Ajax, Juventus, Barcelona and both Milan clubs, only has 33 (ha, 'only').

Despite his latest triumph - his third since joining PSG from Juventus last summer - Alves still isn't out on his own as the most decorated of club footballers. Instead, he'll have to share that title with countryman Maxwell. At least for now.

Maxwell, who retired last year after a career which saw him win honours at Cruzeiro, Ajax, Inter, Barcelona and PSG, also finished up with 36 winner's medals.

Assuming Alves stays on for another year at PSG, you'd fancy him to be undisputed number one in 12 months' time. 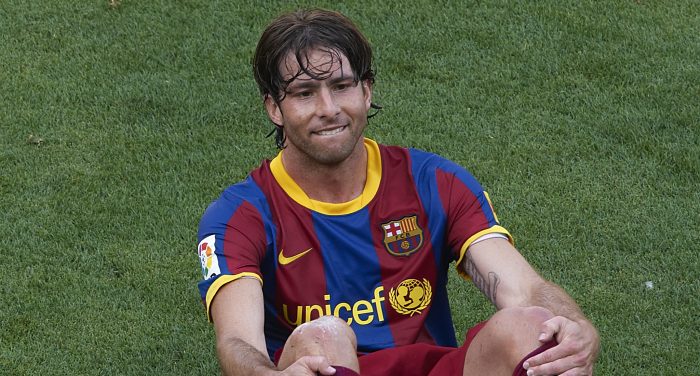 
popular
"If I break my wrist, it's on f***ing both of you." - Koepka and Berger act the spoiled child
Shane Lowry delivers big time for Europe as he takes down US stars
"I told him the absolute truth" - Sergio Garcia on his Ryder Cup talk with Rory McIlroy
Simon Zebo gives Andy Farrell better answer than any interview could provide
Galway fans' frosty reception for Davy Fitz doesn't make any sense
Padraig Harrington's 12th hole reaction as McIlroy and Poulter roasted needs no words
Team USA stars so confident of victory, they start chugging beers at Ryder Cup
You may also like
3 weeks ago
PSG ignored €220m offer for Kylian Mbappé from Real Madrid
3 weeks ago
Kylian Mbappé expected to stay at PSG after unproductive talks with Real Madrid
4 weeks ago
Real Madrid make second, improved bid for Kylian Mbappé
1 month ago
UEFA confirm Lionel Messi no longer plays in a top five league
1 month ago
PSG seismically confirm they won't stop Kylian Mbappé joining Real Madrid
1 month ago
PSG lining up Richarlison as possible Kylian Mbappé replacement
Next Page