Ronaldo was an unused substitute in the match.

Cristiano Ronaldo walked down the Old Trafford tunnel before the end of Manchester United's 2-0 win over Tottenham Hotspur on Wednesday night.

The Portugal captain was an unused substitute in the Premier League match, and didn't hang around for the full-time whistle.

As the clock ticked towards 90 minutes, and with his team on the attack, Ronaldo opted to make an early escape.

END_OF_DOCUMENT_TOKEN_TO_BE_REPLACED

Ronaldo started Man United's previous match, a goalless draw with Newcastle United last Sunday, but returned to the bench for the visit of Tottenham.

Marcus Rashford replaced Ronaldo in the starting XI for the game, which was won by goals by Fred and Bruno Fernandes.

The 37-year-old has only started two Premier League matches for Man United this season and appears frustrated by his lack of playing time.

Ronaldo reportedly wanted to leave the club during the summer, but couldn't find an exit route out of Old Trafford. 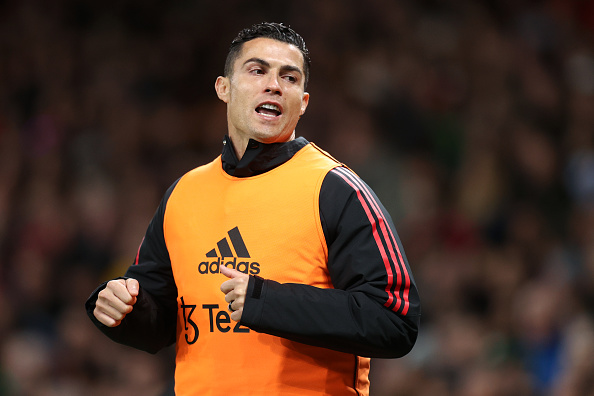 Erik ten Hag, Man United's manager, said he would 'deal with' Ronaldo tomorrow and the forward was criticised by pundits covering the game.

"I will deal with that tomorrow"

Erik ten Hag gives his reaction to Cristiano Ronaldo walking down the tunnel before the end of #MUNTOT...#PLonPrime pic.twitter.com/A0QQwxcBLj

On Premier Sports in Ireland, former Crystal Palace defender Damien Delaney said that Ronaldo's act was a display of 'petulance.'

"It's not pretty, whatever way you cut it," Delaney said.

"That is a player that wanted to get on the pitch, but didn't. It's a show of petulance. It's not ideal, as it is going to be the first thing Erik ten Hag is asked about in his press conference, not the result."

Meanwhile, on Sky Sports, Danny Mills said Ronaldo was 'disrespectful' to his teammates and manager.

"If he has done that, it's an absolute disgrace," the former Leeds United defender said.

"I think that's disrespectful to the team, the manager, the fans. They're winning 2-0! What complaint could he have?

"If they were losing 2-0, it still wouldn't be right but I could understand it. He clearly thinks he's bigger than the club... that is absolutely disgraceful...

"They're winning. How would you feel, as a manager, if one of your players did that?"