Since being dropped to the bench, Cristiano Ronaldo appears to have formed a pre-match habit of shaking hands with all pundits who were also his former Manchester United teammates.

Last week he famously shunned Jamie Carragher before warmly embracing Gary Neville and Roy Keane, and this week, it was the BT Sport staff who were greeted by the Portuguese star.

Despite being named on the bench for the second game in a row, Ronaldo seemed to be in playful form, even taking the opportunity to stitch up his old friend, Rio Ferdinand. 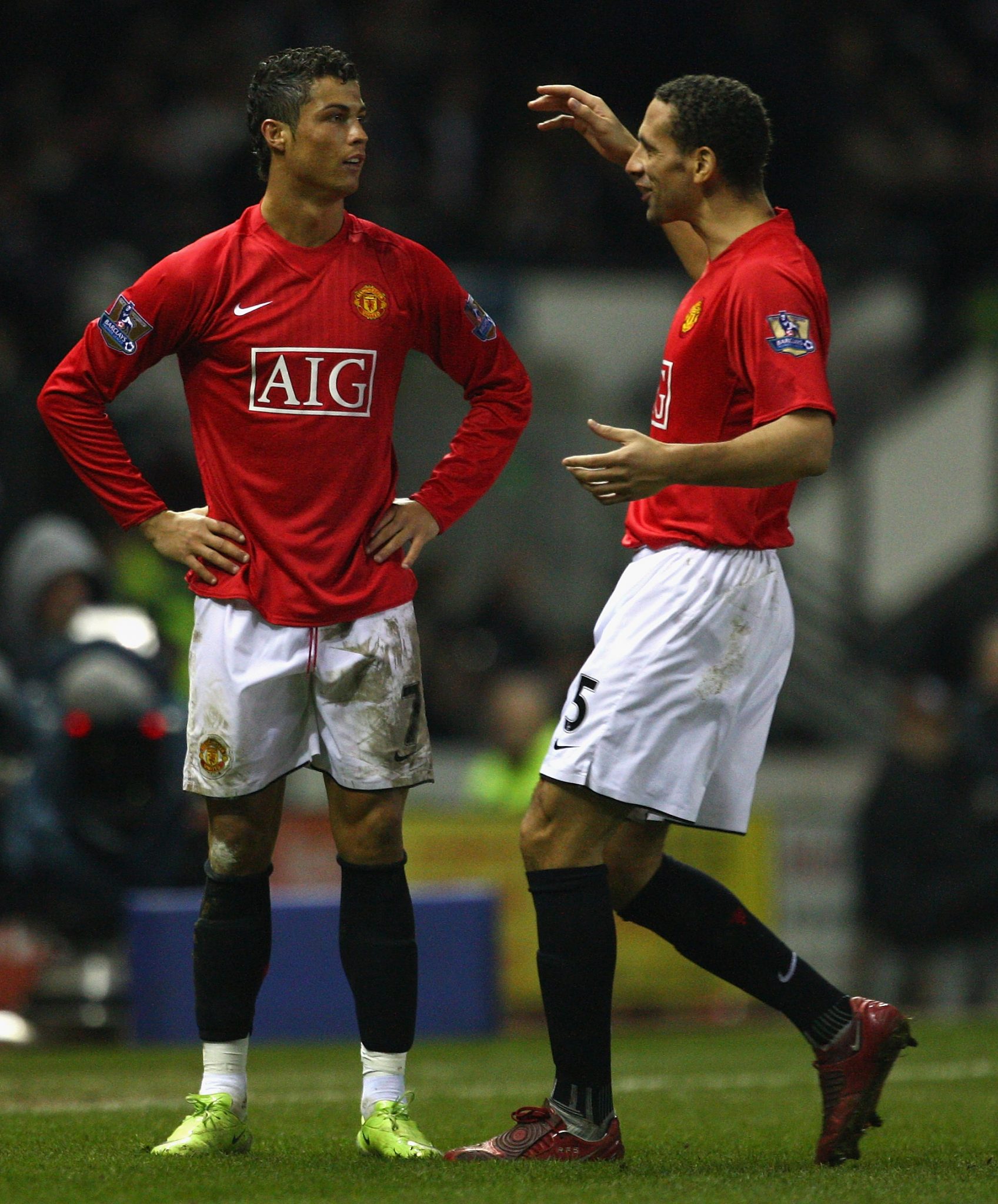 END_OF_DOCUMENT_TOKEN_TO_BE_REPLACED

The ex-towering centre back was working as a pundit, when the five-time Ballon d'Or winner thought he would give his accuracy a workout during the warm-up.

With a water bottle perched in his hand, and his target in sight, the sneaky winger took aim and squirted the well dressed pundit from the back when he wasn't looking.

END_OF_DOCUMENT_TOKEN_TO_BE_REPLACED

Of course, he was then greeted with a hug and a high five, as was Paul Scholes, another ex-teammate of the number seven.

Interestingly, he even made time for Peter Crouch, a former Liverpool player, which only highlights that his snub of Carragher may be a consequence of something more personal than just playing for the Red Devils' rivals.

END_OF_DOCUMENT_TOKEN_TO_BE_REPLACED

The Sky Sports pundit has been openly critical of the player since his move from Juventus, and continuously claims that he just isn't right for the high pressing, high intensity style of football that Erik ten Hag wants.

However, after seeing what he did to Ferdinand, you might prefer being disliked and ignored, than liked and soaked.