Cristiano Ronaldo not allowed to take certain free-kicks for Juventus

This would have been an interesting conversation.

For the past decade, Cristiano Ronaldo has basically been given free rein on the pitch so we would have loved to be a fly on the wall when it was decided that the Juventus forward would not take every free-kick for his new club.

Ronaldo essentially had a monopoly over free-kicks during his spells at Real Madrid and Manchester United, regardless of the distance from goal, but he has been forced to share that responsibility with current teammates Miralem Pjanic and Paulo Dybala.

The Portuguese superstar is apparently behind both Pjanic and Dybala in the pecking order when it comes to free-kicks from close range because of his less-than-stellar conversion rate. 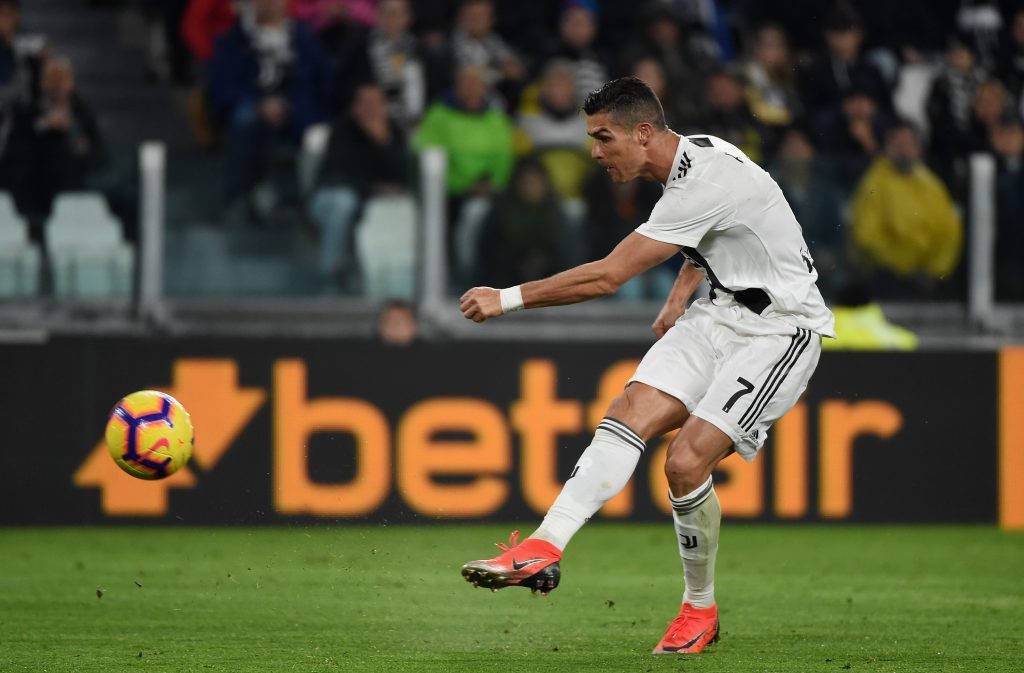 "He knows Pjanic and Dybala are excellent free-kick takers, and they are going to take those close to the area.

"When there are free-kicks from far away, Ronaldo can kick them, but we've decided that Dybala and Pjanic will take the set pieces close to the area." 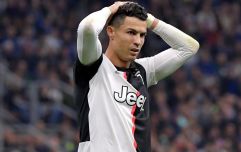 END_OF_DOCUMENT_TOKEN_TO_BE_REPLACED

Ronaldo's knuckleball technique tends to be more successful from further out as he has a remarkable ability to make the ball move significantly in the air, which has caught plenty of goalkeepers out over the years.

The 33-year-old is expected to start against former club United in the Champions League on Wednesday night and will hope to get on the scoresheet after coming close on his return to Old Trafford two weeks ago, only to be denied by David de Gea.

Ronaldo's shot 🔥
De Gea's save 👏
From every angle! 😍#UCL pic.twitter.com/BLIbhDLtFf


popular
Jacob Stockdale and Johnny Sexton not spared by English press
Baz & Andrew's House Of Rugby - Twickenham carnage
'Were they up for it more than us? That's my responsibility' - Andy Farrell
ROG hits the nail on the head assessing Ireland's performance
QUIZ: How well can you remember this season's Premier League results so far?
Triple Crown wrenched away as England scrape Ireland off their boots
Tyson Fury reveals what happened when he sparred Anthony Joshua
You may also like
4 months ago
Real Madrid are La Liga leaders but remain deeply flawed
8 months ago
Messi and Ronaldo top Forbes Highest Paid Athlete List
9 months ago
Feast your eyes upon the new Cristiano Ronaldo cartoon
10 months ago
Cristiano Ronaldo an injury doubt for Juventus' Champions League tie with Ajax
11 months ago
Cristiano Ronaldo fined for mimicking Diego Simeone's crotch grab celebration
11 months ago
Conor McGregor hails Cristiano Ronaldo's attitude after clutch goals against Atlético Madrid
Next Page