The Champions League knockout stages are the pinnacle of sport. Nothing comes close to the level of technical excellence, excitement or talking points produced by the games played each spring in the world's top club competition. And Wednesday night might have seen the best match played in the tournament over the last few years.

The second-leg of Manchester City's quarter-final against Tottenham Hotspur had everything except top-class defending. City won 4-3 on the night but went out because of away goals, with the tie finishing 4-4 on aggregate. Spurs are through to play Ajax.

However, that doesn't even begin to tell the story of this pulsating match. It was a jolting, ridiculously brilliant game of football played by two elite teams.

Full time: Man City 4 Spurs 3. Tottenham are through to the Champions League semi-finals

Sum that game up in three words 👇 pic.twitter.com/rdvXX9a2Wq

The game burst into life after just three minutes. Kevin De Bruyne dribbled through the middle of the pitch, unchallenged by the Tottenham midfield and slid a pass out wide to Raheem Sterling who was in space on the edge of the penalty area. The England forward took a touch, dropped his shoulder and curled a powerful strike beyond Hugo Lloris and into the bottom right-hand corner. It is startling to think that Sterling was once regarded as a poor finisher.

Two minutes later Spurs got their away goal. An intercepted pass landed at Heung-Min Son's feet just outside the City penalty area. The South Korean shot and deceived Ederson in the City goal. Then two minutes after that, he had his second goal. Aymeric Laporte overran the ball and lost possession to Lucas Moura near the half-way line. The Brazilian shifted the ball out to the left to Son, who cut inside onto his right and smashed a thunderbastard beyond the City goalkeeper and into the top corner.

One minute later, Bernardo Silva did this, elevating the game from bonkers to a bonafide Champions League classic. The most breathless 11 minutes of football you are ever likely to witness.

"This is one of the most sensational opening 10 minutes of football we've ever seen!" 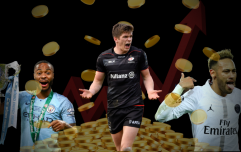 END_OF_DOCUMENT_TOKEN_TO_BE_REPLACED

Fans had to wait 10 minutes before the next goal, something that felt like an age in the context of this game, but it was worth the wait.

De Bruyne was operating on another level to anyone else on the pitch.

The Belgian midfielder picked out Sterling at the back post with a whipped, curling pass that skidded across the box and landed perfectly into the path of his teammate.

De Bruyne was sensational. He registered three assists, no players had more key passes in the game (4) and he even helped defensively, winning two tackles. The Belgian was at his unstoppable best and it is difficult to imagine a more complete midfielder.

He cut through Spurs' midfield again for City's fourth goal, powering his way past the opposition before slipping Aguero in on goal with a deft pass. The Argentine then hammered the ball beyond Lloris. 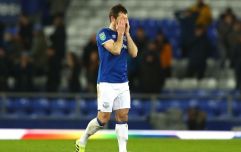 END_OF_DOCUMENT_TOKEN_TO_BE_REPLACED

A combination of Fernando Llorente and the video assistant referee (both decisions appeared to be the correct calls) saw Tottenham into the semi-finals.

It could have been so different though as Raheem Sterling had been celebrating scoring his hat-trick in stoppage time, only for VAR to rule it out.

With so many incidents, so many brilliant attacking performances and so many standout moments, it will be difficult for a singular narrative to emerge from this game. Some will focus on VAR, others will question why Pep Guardiola has failed again at this stage of the Champions League, a competition he last won in 2011.

However, this match should be remembered as a stunning result for Mauricio Pochettino and Tottenham. The gap in resources between the two teams is striking and was evident on the pitch. 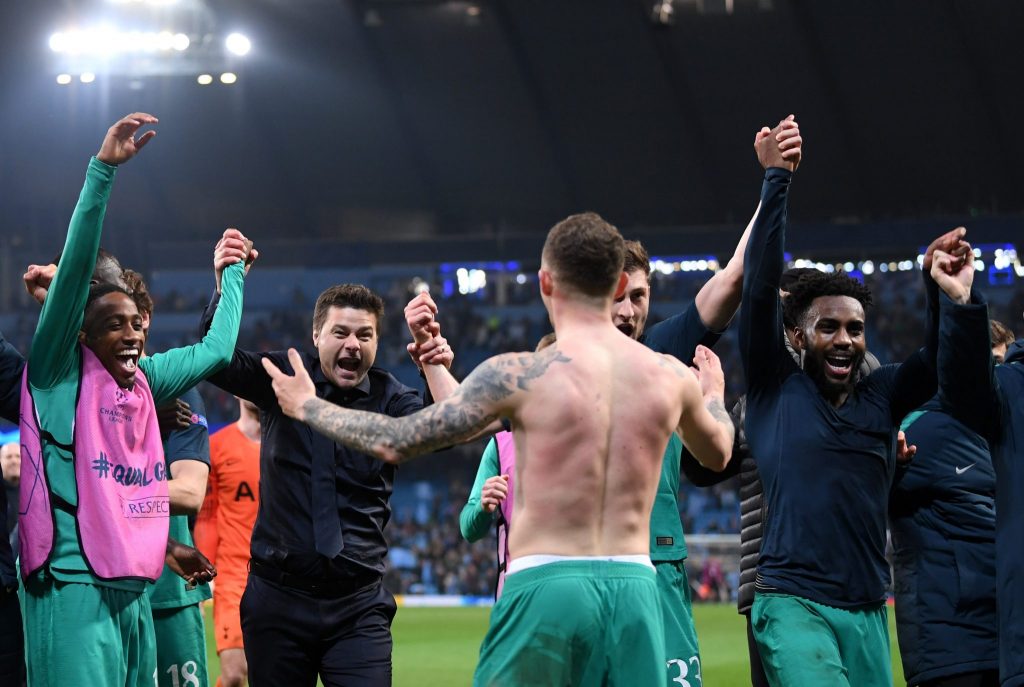 Spurs looked anxious when Moussa Sissoko was forced off injured and won the game thanks to Llorente's goal. Guardiola could afford to leave Leroy Sane on the bench until 10 minutes from the end and Riyad Mahrez, a former player of the year and £60m winger, didn't see a minute of action.

Harry Kane, Tottenham's best player, is injured and won't play again this season. Yet, Spurs, who haven't signed a player since January 2018, found a way to beat the most expensively assembled squad in world football. That's the story here. Not VAR.

Pochettino, and brilliant Spurs players such as Son, who is world class and showed that again on Wednesday night, deserve the credit and should be the focus of attention after this stunning game, one of the best ever played in the tournament.