Celebrating four occasions when outfielders absolutely bossed it as goalkeepers

Joe Sheridan will be wearing number 16 on Wednesday night as Meath take on DIT but before the end of the O'Byrne Cup we will see the former attacker between the sticks.

Even if it is not that common at the highest level, it is not such a big leap for a Gaelic footballer to become a goalkeeper. However, for a professional footballer it is a big deal.

Therefore these glorious instances do not happen often and are never made permanent (even if Niall Quinn was listed as a goalkeeper at Italia '90).

So, let us take this opportunity to celebrate those moments when the baggy jersey was donned and the over-sized gloves put into use. 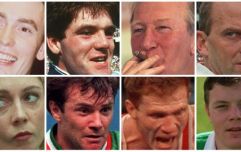 The 10 greatest sporting memories from growing up in the 1990s

END_OF_DOCUMENT_TOKEN_TO_BE_REPLACED

Some of you might not remember this goal, but you'll remember the moment it led to.

In April 1996, Manchester United and Newcastle United were involved in possibly the most famous Premier League title race ever. 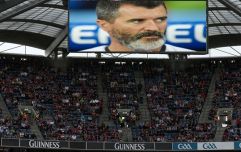 Heading to Croke Park on Sunday but afraid of missing the second half of Ireland v France? FEAR NOT

END_OF_DOCUMENT_TOKEN_TO_BE_REPLACED

United had hauled back the Magpie's 12-point lead and hosted a struggling Leeds at Old Trafford in April. Early in the game, Leeds 'keeper Mark Beeney was sent off for a red card outside the penalty area.

With no 'keeper on the substitute bench, Leeds central defender Lucas Radebe got between the sticks and frustrated the hell out of Alex Ferguson's side. 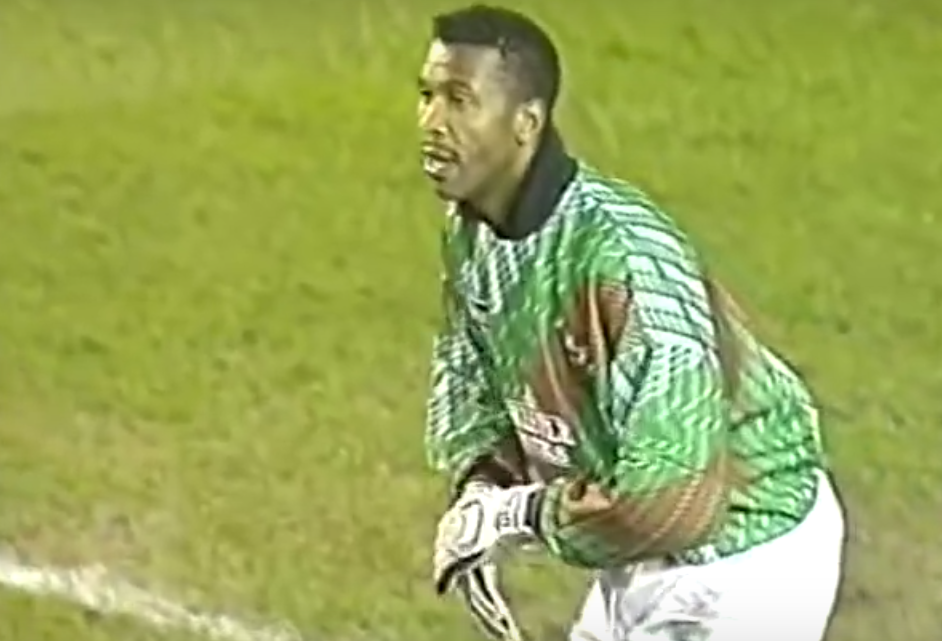 The South African made a string of saves and looked like potentially derailing United's title bid.

The palpable tension around Old Trafford gave way to pure elation when Roy Keane scored the only goal of the game with less than 20 minutes to go.

" If they had played every week like they did tonight it would be a different story," the United manager said.

"I think we can accept any club coming here and trying their hardest. So long as they do it every week."

Leeds' next opponents were Newcastle. Following that game, Newcastle manager Kevin Keegan gave Sky Sports an interview. You may have seen footage of it before.

John O'Shea has had an incredible career.

He played almost 400 times for one of the world's biggest clubs. He won five Premier League titles, the FA Cup and the Champions League. O'Shea scored on his 100th international cap against the world champions. He's even nutmegged Luis Figo. 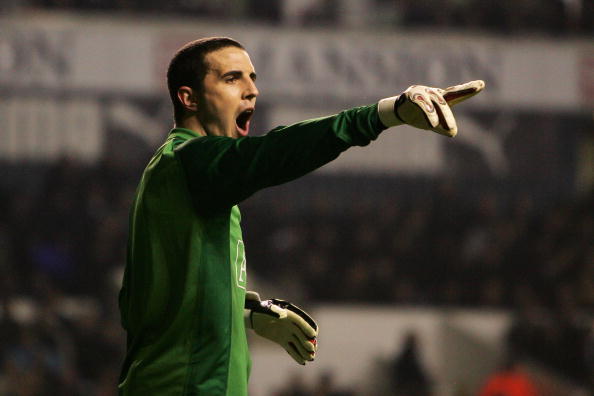 The Irish defender is still playing in the Premier League a few months shy of his 36th birthday. For some reason, Sunderland manager David Moyes has used O'Shea in central midfield on a number of occasions.

Back in the day, O'Shea could do a shift in the midfield engine room, but Moyes is taking the piss at this stage.

In fact, O'Shea could do a job in any position on the pitch when he was in his prime, and showed off his goalkeeping skills during a 4-0 win over Spurs 10 years ago. 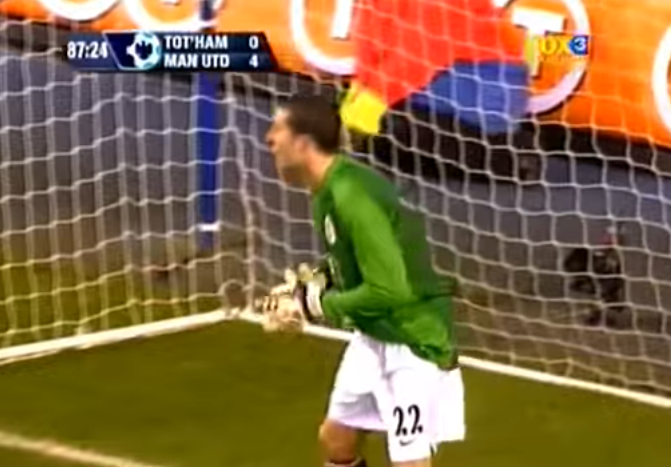 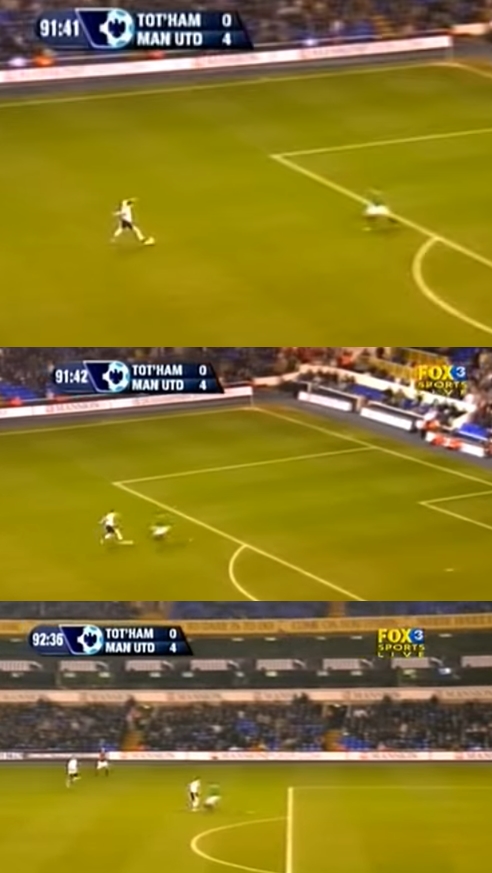 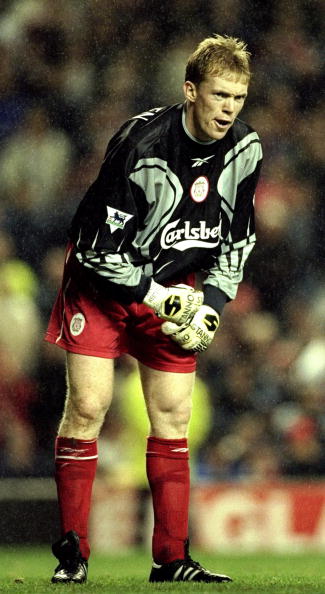 Before he was a derided international manager, Steve Staunton was a fine footballer with a wand for a left foot. Stan played predominately for Liverpool and Aston Villa and was one of the best players to ever come out of Ireland.

He was also a decent goalkeeper.

Staunton kept a clean sheet in a Merseyside derby in 1999. Well, kind of.

He didn't concede in his 14-minutes between the sticks, after jumping in goals following Sander Westerweld's red card. 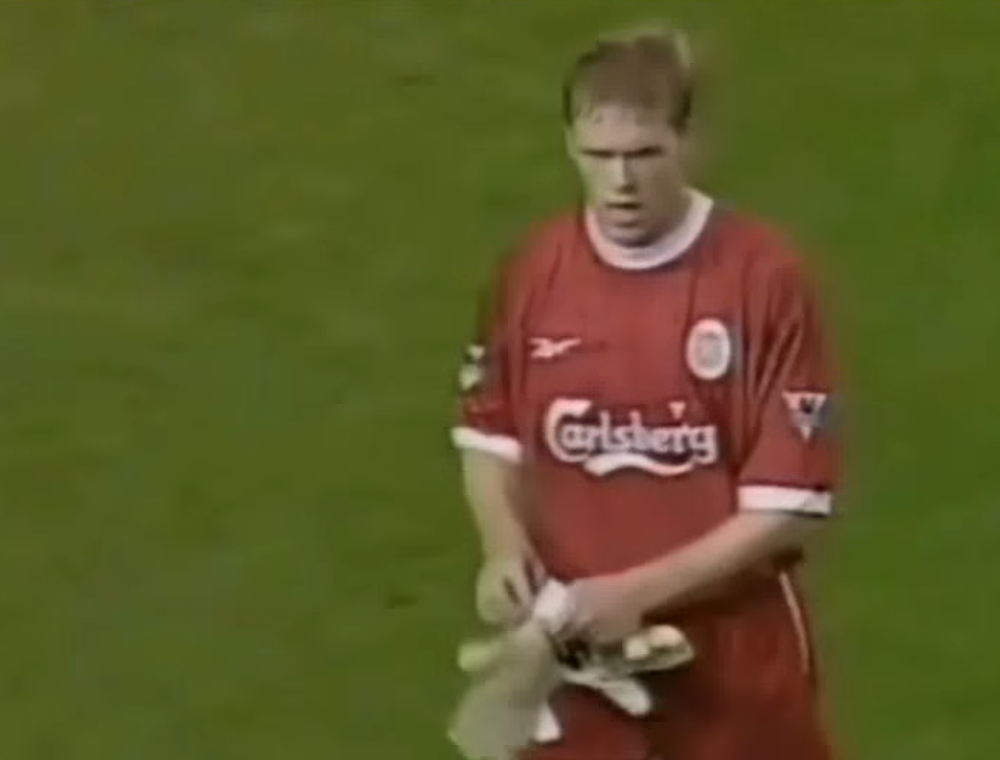 Niall Quinn was such a good goalkeeper, he has named as Ireland's third-choice 'keeper for the 1990 World Cup.

Back before football was invented by Sky Sports, Quinn showed-off his goalkeeping skills and made a brilliant penalty save against Derby County for Manchester City.

Quinn's son Mikey is a goalkeeper of some renown in his own right, lining out for the Dublin Under-21s.

It hasn't been quite as successful when goalkeepers play outfield.

Stuart Pearce infamously took David James out of goal and put him up-front on the final day of the 2004/05 season.

Manchester City needed to win the game to qualify for Europe at the expense of their opponents Middlesbrough. With the game heading towards a 1-1 draw, the City manager decided to put James up-front. Meanwhile, an actual striker, Jon Macken, sat on the bench.

James ran around like a headless chicken and Pearce, somehow, wasn't immediately sacked. 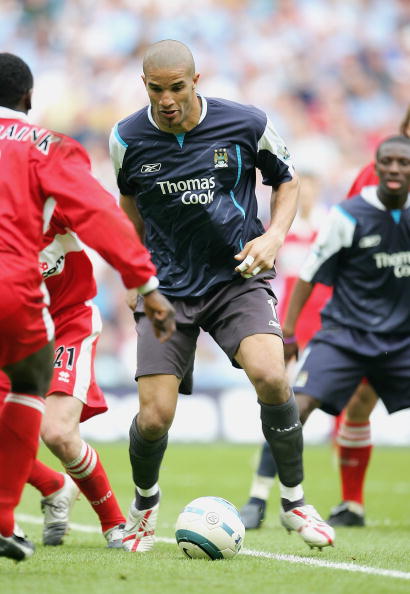 
popular
"This game is going to get abandoned" - Mass brawl between Kilcoo and Burren results in six red cards
"He'll have the best seat in the house" - emotional Mageean pays tribute to late great Kiernan after the race of her life
Quiz: Which player has scored more goals for Ireland?
Teddy Sheringham says Roy Keane didn't speak to him for three years at Man United
Court hears cringeworthy poems Ryan Giggs wrote to his ex
Your guide to a huge weekend of sport and how to watch it all
Kylian Mbappé wants to 'dismantle Argentine Republic' at PSG
You may also like
2 weeks ago
"When Sean Boylan was around, you didn’t need a psychologist or a counsellor - he did it all himself"
2 months ago
"Even somebody as stupid as I am would get the hint" - Colm O'Rourke rules himself out of Meath job in classic O'Rourke fashion
5 months ago
Colm O'Rourke tells Parsons "GPA are throwing their toys out of the pram"
5 months ago
Scenes in Navan as Hannah Tyrrell beats Meath on the buzzer
9 months ago
The five best photos from this weekend's GAA county finals
10 months ago
"In what they can lift, I'd say everyone has gone up 30 or 40kg strength-wise" - ladies game only getting better
Next Page