"It didn't work and we need to move away from it."

Liverpool suffered their first defeat in the Premier League this season on Thursday night. Jurgen Klopp's team fell to a 2-1 defeat away to Manchester City in an absorbing match that could play a massive part in the destination of the league title.

Had Liverpool won, they would have been 10 points clear of the champions. Instead, Pep Guardiola's side reduced the gap at the top of the table to just four points.

Sergio Aguero and Leroy Sane got the goals for City. Roberto Firmino scored for Liverpool.

The Premier League title race is back on... https://t.co/iflK0mnNp0

The game was planned with a furious intensity from the first whistle to the last.

While City were the better team on the night, they also had fortune on their side. John Stones made a miraculous goal-line clearance after Sadio Mane had hit the post, booting the ball clear before Mohamed Salah could score.

Vincent Kompany was also extremely lucky to remain on the pitch. The City captain landed a reckless challenge on Salah but was only booked for the tackle. 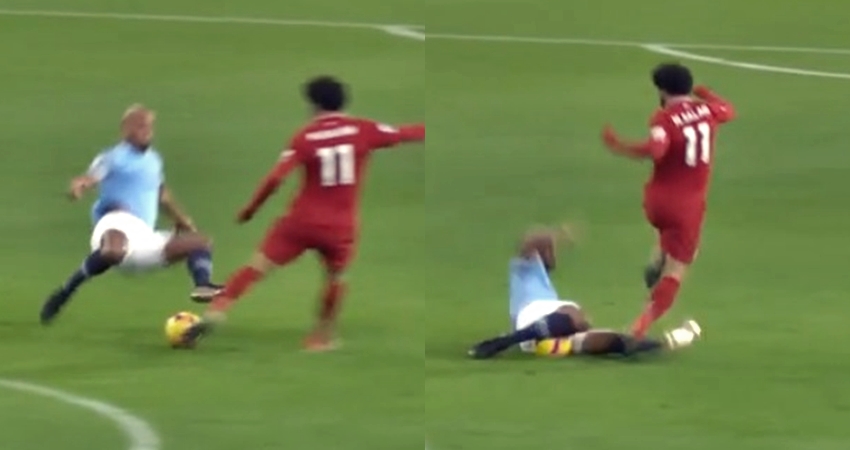 END_OF_DOCUMENT_TOKEN_TO_BE_REPLACED

Liverpool still have plenty to be optimistic about. They remain on the top of the table after playing City twice and suffering your first loss of the league season after 21 games of the campaign is quite a feat.

However, according to Jamie Carragher, they need to tweak things slightly.

The former Liverpool defender said following Thursday's match that Klopp needs to alter his formation, to ditch 4-3-3 and return to 4-2-3-1.

Liverpool started with Jordan Henderson, Georginio Wijnaldum and James Milner in central midfield. It was the first time the trio started together in the Premier League since the reverse fixture with City, a goalless draw at Anfield in October.

Liverpool's midfield was swamped by City for large spells of the match, with Fernandinho and Bernardo Silva particularly impressive.

The introduction of Fabinho in the second-half helped Klopp's team get a grip on the game and enabled Liverpool's full-backs to push higher up the pitch.

The most distance ran by a player in the @premierleague this season:

Carragher won't have been the only Liverpool supporter to feel the team's midfield didn't fire against City.

The team have looked more threatening with Xherdan Shaqiri starting wide-left and Salah playing as a centre-forward. Fabinho has also impressed in recent weeks.

It will be interesting to see if Klopp opts for a formation change for Liverpool's next match against top-six opposition.

You can watch Carragher and Gary Neville here:


popular
Shane Walsh provides one of the all-time great captain speeches as Tullaroan take a thriller
UFC 246 main card loses big fight after weigh-in fiasco
UFC star Donald Cerrone is missing half his intestines due to an accident
"I probably should, but I don't think I will" - Cerrone vows to stand and scrap
Conor McGregor prepared to risk it all on next fight
"You don't want to change a winning formula" - Maher and McCormack the key for Borris-Ileigh
This was the incredible weight difference between Conor McGregor and Nate Diaz at UFC 196
You may also like
1 week ago
Manchester United make smart move for Donny van de Beek
1 week ago
Jurgen Klopp's contagious mentality is creating a generation of Liverpool winners
2 weeks ago
Manchester United have finally broken David De Gea
3 weeks ago
SportsJOE's Premier League team of the decade
3 weeks ago
Premier League team of flops - 2010-2019
3 weeks ago
Can you name the 50 Irish players to score 5 or more Premier League goals?
Next Page