Jamie Carragher gave Roy Keane a brutal reminder of the comments he made about the reason why Manchester United signed Cristiano Ronaldo.

Keane had said earlier this season during an on-air debate with Carragher that Ronaldo was partly signed to help the Red Devils win trophies - including the FA Cup.

Yet, Man United were dumped out of the FA Cup in the fourth round on Friday night after losing on penalties to Championship side Middlesbrough. 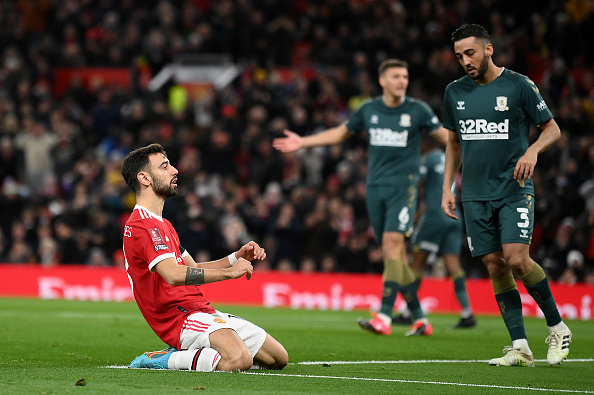 Ralf Rangnick's side had chances to win the game in the 90 minutes but squandered plenty of chances including Ronaldo himself, who missed a penalty in the first half.

END_OF_DOCUMENT_TOKEN_TO_BE_REPLACED

The defeat has sparked yet another inquest into the problems at Old Trafford as a chance to win silverware went begging yet again   - with Ronaldo's frustrations evident at full-time.

After the 36-year-old made his return to United, Keane and Carragher were locked in debate over the club's decision to re-sign the forward with the former Ireland international claiming United had signed him to win trophies such as the FA Cup.

Following their embarrassing defeat on Friday, Carragher instantly used the opportunity to remind Keane of his comments on Twitter - just in case the pundit had forgotten.

He tweeted: "Roy Keane told me Man Utd had signed Ronaldo to win the FA Cup."

END_OF_DOCUMENT_TOKEN_TO_BE_REPLACED

The debate occurred back in November after Keane expressed his shock at the decision to substitute Ronaldo whilst Carragher questioned the reasons behind United's decision to sign the Portuguese international.

Keane fired back by saying: "He was always going to play, he wasn't coming back to Man United to stop him going to Man City but sit on the bench."

"They were never going to win the league with Ronaldo."

League Cup and FA Cup out the window now too https://t.co/aPrgrRKpPq

The former Liverpool man then responded by saying: "Are United closer to the league title than they were last season? No. You speak about goalscorers, you bring your own input to the team, but it's a team game.' Keane hit back that Ronaldo was never brought back to United to win titles."