Manchester City returned to the top of the Premier League table on Sunday afternoon with a resounding 6-0 victory over Chelsea at the Etihad Stadium.

Pep Guardiola's side were 4-0 up after just 25 minutes of the tie with Sergio Aguero (3), Raheem Sterling (2) and Ilkay Gundogan getting the goals as City ripped through Chelsea.

Chelsea attempted to press Man City high up the pitch and take the game to the hosts, but their approach backfired as Guardiola's team played through them and some of their defending was desperately poor.

The pressure on Sarri will now inevitably increase. The Chelsea coach questioned the motivation of his team following a defeat to Arsenal last month and they were beaten 4-0 by Bournemouth 4-0 at the end of January.

The team's abject performance against Man City could be the final straw for the club's decision makers given how frequently they have dismissed managers over the last 15 years.

It appears that the team aren't buying what Sarri is selling. 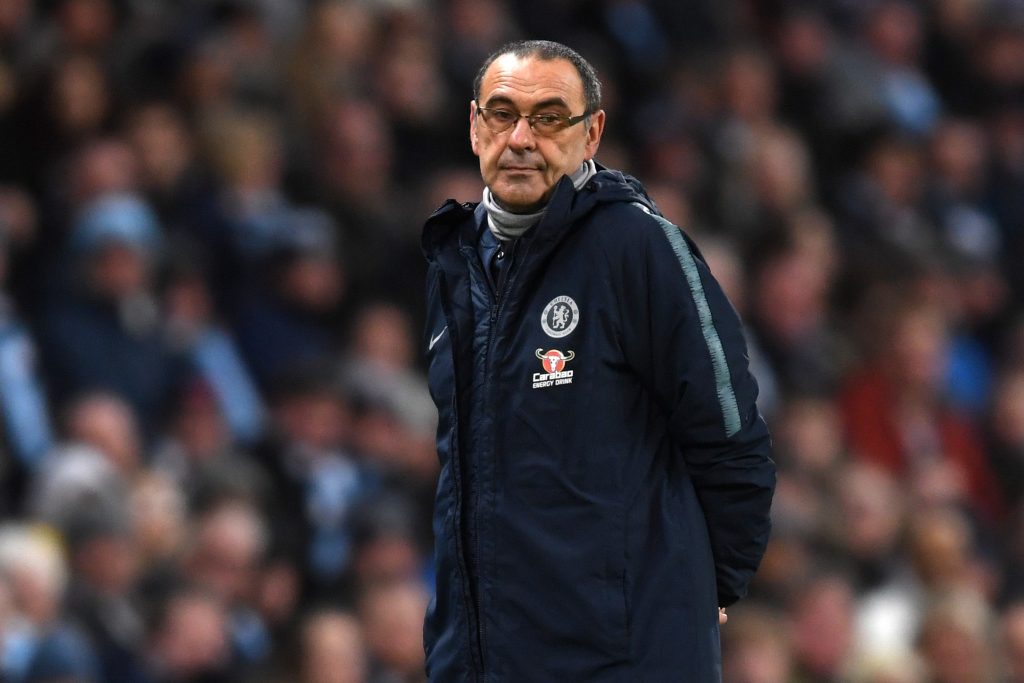 END_OF_DOCUMENT_TOKEN_TO_BE_REPLACED

At half-time of the match on Sunday, Sky Sports pundit Jamie Carragher was heavily critical of Sarri and Chelsea.

The former Liverpool defender said that Chelsea now resembles Arsenal under Sarri - a team that are a soft touch for opponents.

"City have been outstanding, but this has been as bad as anything from Chelsea this season," Carragher said.

"It looks like Sarri has turned Chelsea into Arsenal - the Arsenal team that has got battered away from home in the last few years because they have been too weak.

"You couldn’t say that about Chelsea in the past but this looks like a weak team."

You can watch Carragher speak about Chelsea here:

"The worst thing I can say is it looks like he's turned Chelsea into Arsenal."@Carra23 dissects Chelsea's first half performance.


popular
QUIZ: Can you name the Football Italia cult heroes? | Part 2
Justin Gaethje tells Conor McGregor to wait his turn
The SportsJOE 12 o'clock quiz | Day 72
SportsJOE 2000s Football Quiz | Round 3
Only a true nerd will get full marks in our 2016 football quiz
The SportsJOE 12 o'clock quiz | Day 71
QUIZ: Correctly identify these World Cup 2014 players from their stickers
You may also like
1 week ago
QUIZ: Goalscorers for multiple Premier League teams
1 month ago
QUIZ: How well do you remember the last round of Premier League fixtures?
1 month ago
You'll need to be on top form to get 20/20 in this 1980s footballers quiz
1 month ago
Can you name Ireland's top Premier League scorers without making a mistake?
1 month ago
Gary Neville raises valid concerns about Premier League return
1 month ago
You'll have to be red-hot to get 20/20 in this 2010s footballers quiz
Next Page