£1.2 million for a League One winger shows how much Bristol City valued Callum O'Dowda. They're not finished paying yet, however.

O'Dowda was with Oxford United since he was nine years old until last Thursday. A 12-year association with the club ended when United felt "compelled" to sell the want-away winger.

The Republic of Ireland international cited illness as a reason not to travel with the U's to Spain as part of their preseason. Their boss, Michael Appleton felt the 21-year-old's stance was akin to a transfer request. He told The Oxford Mail:

"To be honest, with the way this week has panned out, it felt to me like he had done that (requested a transfer) anyway, whether he had physically done it or not.

"When we've a player who does not want to play for the club and makes it clear what his ambitions are for the season, it's one where you are backed into a corner.

"In my opinion, I thought the club had no other option. If you have a player who has an ambition to play in the Championship and we are in League One, and a club comes in with a viable offer, then so be it." 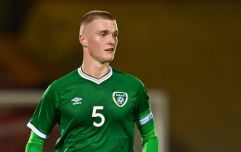 Ireland Under-17 defender Cathal Heffernan 'in talks' with AC Milan

END_OF_DOCUMENT_TOKEN_TO_BE_REPLACED

So be it but Oxford were determined to get properly compensated for their academy graduate and first team regular. City have paid £1.2m up front but that fee will rise to £1.6m depending on appearances.

The most significant part of the deal may come if O'Dowda ever moves from City. Oxford insisted on a sell-on clause being included in the transfer contracts. The Mail reports it as"significant" and it is believed to be 30%.

Considering that Wycombe Wanderers are due a multi-million sell-on clause payment from Liverpool, after the sale of Jordon Ibe to Bournemouth, O'Dowda could yet earn Oxford even more money for their 12-year investment.


popular
Paul Galvin is not one bit impressed with the new Kerry jersey
QUIZ: Which is the correct GAA crest?
Andy Moran reveals which former Mayo teammate was the ultimate team player
"It’s hard not to respect Johnny, even if you don’t like him!" - Dan Biggar
Kieran Trippier pinpoints Daniel Levy's biggest transfer mistake
Craig Dias on club All-Ireland run, winning Leinster, and making his second debut for Dublin a decade after his first
Ireland Under-17 defender Cathal Heffernan 'in talks' with AC Milan
You may also like
14 hours ago
Republic of Ireland international Ciara Grant signs for Rangers
2 days ago
Serie A side set to sign St Pat's youngster as Jeff Hendrick reportedly heads for Newcastle exit
3 days ago
Ireland set to play matches against Belgium and Lithuania in March
4 days ago
Derby County reject transfer bid for Festy Ebosele amid interest from Bundesliga clubs
1 week ago
Three Premier League clubs want to sign Jason Knight in January
2 weeks ago
Matt Doherty reportedly set for Wolves return as part of Tottenham deal for Adama Traore
Next Page