It's only inevitable what is happening and that is the most unfortunate thing.

Jordan McEneff's decision to switch allegiance from Northern Ireland to the Republic of Ireland was probably always coming.

He's a Derry man, born and raised in a nationalist area and the chances are - if he's like the majority - he grew up supporting the Republic, almost ambivalent to what was happening in Windsor Park.

END_OF_DOCUMENT_TOKEN_TO_BE_REPLACED

The thing with a player like Arsenal's exciting young product is that, if he follows on the same trajectory that he's currently on, he's going to become a bloody handy footballer and then what happens is his background with the north gets brought up and the injustice of the IFA losing another player hits them square across the face once more - because this time, with a good player it's a real loss.

And it's not like it works the other way. The Good Friday Agreement means anyone in the six counties can declare nationality in the Republic. They're eligible to hold a passport and, so, they're eligible to play for that team too. The north don't get the same pick from the 26 counties unfortunately.

END_OF_DOCUMENT_TOKEN_TO_BE_REPLACED

So when young players like Darron Gibson, who they've invested time and money into, end up declaring for the Republic, it hits them even harder. Northern Ireland can only lose players in this climate. The Republic can only benefit.

Shane McCullough coached Gibson at under-16 level with Northern Ireland. He's since had an academic study published on player eligibility and is in the process of finalising another paper on sporting pragmatism - both of them looking at why and how sportspeople choose the international teams they declare for.

He remembers the Gibson case well and how it was probably sped up when Kenny Shiels - then the under-17 manager - wanted the Derry man to play for the older age group where a UEFA competition game would've tied him to the north for the future.

"It was common knowledge at the time that he would probably lean towards going to the Republic and it wasn't easy at that time to do it - he sort of forced it through," McCullough, who is still part of the IFA club licensing committee, told SportsJOE.

"Kenny [Shiels] felt he was ready to play for 17s, which was fair enough, but I did say to Kenny that I reckoned when he was selected that he wouldn't play and that's exactly what happened. He played friendlies but he wouldn't play the qualifying games.

"If you get that inkling [that a player is thinking of a move to the Republic], it's very, very difficult. My view at the time was to try and leave him in with the 16s which would've had the like of Johnny Evans and there were a few others in there who have gone on to do quite well. I thought: leave him in with that group, try and bring him through with his own group and then maybe try to bring him through the whole way so he would stay.

"It still might've been a bit of a long shot but I thought that would've been the best approach.

"He was happy to play for me at under-16 level and, when he was a year young, he was brought into the under-17s. When he was selected to play a representative game for the 17s in UEFA competition that would've tied him to Northern Ireland at the time, he cried off.

"It's understandable for the players themselves. They don't want to tie themselves down when they may have another opportunity. Even pragmatically, recent history would show that they will have more chance of qualifying for a major tournament with the Republic. They'll play on a bigger stage, they'll play in a bigger and better stadium and even those things - setting aside all sorts of political ideals - they'd be a factor in players' minds as well." 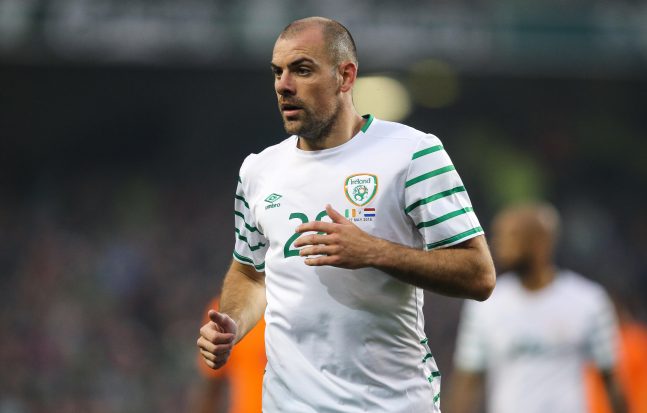 END_OF_DOCUMENT_TOKEN_TO_BE_REPLACED

Of course, the politics and the ideals and the culture does come into it and it's fair to say that some of the values that the north's football team might be seen to stand for are not representative of almost half the community.

It's not to say that it hasn't changed. Northern Ireland has seen a seismic shift in its attitude and welcome approach to players since the days of Neil Lennon. Paddy McCourt and Niall McGinn were heroes of Windsor Park whilst they were playing for Celtic. Massive strides have been made and there's still a massive opportunity there.

"You have the like of Niall McGinn, for example, who has professed that he's a Republic of Ireland fan but he's ended up with 50+ caps for Northern Ireland," McCullough explained.

"He's been to the Euros, he's performed absolutely brilliantly and I'm sure he would probably say himself that it's been a highlight of his career. He's very, very well liked by the Northern Ireland fans.

"For his own personal career, it's been an absolute benefit to represent Northern Ireland. He did have the choice [between Northern Ireland and the Republic] but I think, pragmatically, he probably realised that he wasn't going to get into the Republic of Ireland team."

There are, however, still some problems.

"There are other guys, the likes of Michael O'Connor who played for me at youth international level and went to the Republic but came back again, because he didn't get the opportunity," the independent member of the IFA youth development committee said.

"I know Michael and others had an issue standing for the national anthem, for the queen, and whatever, and there are practices that certainly legislate against young players from nationalist communities.

"I think the big elephant in the room is the national anthem. I know the IFA are aware of that - everyone's aware of it - but it's a really difficult one. I think rather than tackle it, they choose to just leave it alone and it hasn't been dealt with.

"Maybe for some as well, there was an opportunity to move away from Windsor Park and that wasn't done for a number of reasons. Basically now, the IFA have moved lock, stock and barrel into Windsor Park and all the 'where it is' and the attachment to Linfield maybe doesn't send out the right message to people from a nationalist community.

"There are lots of issues in and around that, albeit it should be said that the IFA have done fantastic work in the cross-community work that they have done. It's been absolutely first class. They do have a team that represents both sides of the community. The support has changed in terms of the singing and the atmosphere and all of that - it's much, much more positive." 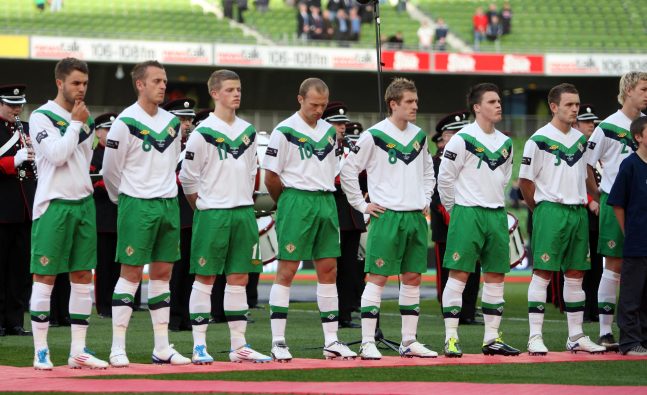 But as it is, with the choice, with the FIFA ruling, with everything that comes with the profile and bigger stage of the Republic, you're still going to continue to get this problem.

And the only ones losing out are the north. The north and the players at the centre of it.

"I completely sympathise with the IFA and that particular plight and the investment that they make, but the rules are such and I think sport and football is so ruthless that any of these countries anywhere will exploit loopholes, and that's what's happening," McCullough said.

"If there's a special player who can add to your team and you can get him, why not?

"I think the political sensitivities have died down on it a little but that's just the nature of sport at the minute, it's very cutthroat.

"One thing you can do is you can reach a gentleman's agreement which would be the FAI, for example, agreeing that they won't do this but that's not in their interests so I don't think that's going to happen. Politically and ethically, it probably would be a very good gesture on their part but, pragmatically, they want the best team and they want the best players.

"The other thing is that the IFA could address issues that have put players from a nationalist background off. That would be things like God Save The Queen and other elements that obviously legislate against them coming forward and the perception that the IFA favours people from unionist backgrounds which is not true when you look at the make-up of the team.

"I still think you'll have instances where players will move regardless because, if we look at it, the majority of nationalists living in the north probably support the Republic so kids coming through will have a real hankering to play for the Republic rather than play for the north. However, if they're going to be lower league players and they may get into the Northern Ireland squad but not the Republic, they will take the option of playing for Northern Ireland.

"The likes of the playing of God Save The Queen - those types of things, I think, can really get the backs up of players and, in some cases, can maybe drive them away.

"It might even be worth going and chatting to Darron Gibson and chatting to these other guys and say, 'well, we're sorry you went but what could we have done to maybe tried to convince you otherwise'."


popular
Sean Dyche set to be named Everton manager after Marcelo Bielsa talks break down
Roy Keane flatly rejects longstanding perception of ex-Man United midfielder Paul Ince
Allianz National Football League Round 1: All the action and talking points
Roy Keane leaves ITV pundits in stitches after Pep Guardiola's pre-match interview
Conor McGregor hit by car ‘at full speed’ while cycling
"I don't like to fill my time that way" - O'Hora going his own way in an era of obsessives and covering all bases
Ryan Reynolds makes Premier League promise to Wrexham supporters
You may also like
1 month ago
Roy Keane cracks ice cold Ireland joke after France lose World Cup final to Argentina
1 month ago
Ireland reportedly line up Lee Carsley as next national team manager
1 month ago
Talksport presenter puts Martin O'Neill to the pin of his collar over Declan Rice and Jack Grealish
1 month ago
UEFA fine FAI €20,000 for Ireland dressing room song
1 month ago
The 10 England World Cup footballers who could have played for Ireland
1 month ago
Shay Given on how far Ireland could've gone at the 2002 World Cup with Roy Keane in the team
Next Page