There are lots of hills in Susan Whelan's hometown of Howth.

But we doubt any climb has been as thrilling, or as tough, as her route to the top of the Premier League with Leicester City this season.

Claudio Ranieri will rightly get the praise off the pitch, but the foundation of a solid club structure was put in place by club CEO Whelan over the last five years.

Congratulations @LCFC - what a fantastic triumph, and to Susan Whelan, a dub at the helm! #LeicesterCity #PremierLeague 🍾🏆🏅 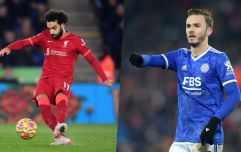 END_OF_DOCUMENT_TOKEN_TO_BE_REPLACED

The Dublin woman joined the club in 2010 after several years of working successfully in trade and retail.

She began her business career in her family jewellery store, and then moved to work with Aer Rianta across the globe, which brought her to Russia and Bangkok among other places.

But it is her work with Leicester City that has made her a household name in a certain corner of England. 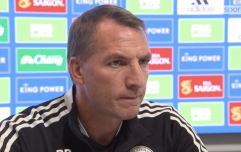 END_OF_DOCUMENT_TOKEN_TO_BE_REPLACED

Whelan was initially appointed to the Leicester City board by Vichai Srivaddhanaprabha in 2010.

However, her impact was so great that within 12 months, and thanks to a massive expansion of the club's commercial and merchandising interests, she took over as CEO.

Her impact has been seismic, as she has restructured the commercial arm of the club, and has helped the Foxes enjoy their best financial results in years.

Accounts published in March showed the club turned a profit of £26.4m last season, their first campaign in the Premier League for a decade.

The club generated over £100million in revenue last season, but thanks to their Premier League success, and qualification for the Group stages of the  Champions league next term, the club is expected to be worth at least 10 times what owner Vichai Srivaddhanaprabha paid for them in 2010.

Whelan oversaw Nigel Pearson's rebuilding of the club's squad, while she was also key to Claudio Ranieri's appointment, remarking last August that she was fully confident in his abilities to bring the club to unprecedented heights.

"I am very confident that in Claudio we have recruited a manager who has the knowledge, the passion and the determination to ensure the continued growth, development and success for this club, and to fulfil the vision of the owners, and everything that is in the hearts and dreams of the fans."

Whelan may not have kicked a ball for the club, and indeed before her appointment, knew almost nothing about football, however, her drive, determination, combined with no little skill, have guided the club, and its fans, to the ultimate dream.

Leicester fans would do well to remember her efforts in their celebrations over the coming weeks.


popular
Six GAA games shown on TV this weekend that you do not want to miss
Andy Moran reveals which former Mayo teammate was the ultimate team player
Paul Galvin is not one bit impressed with the new Kerry jersey
"It’s hard not to respect Johnny, even if you don’t like him!" - Dan Biggar
QUIZ: Which is the correct GAA crest?
Craig Dias on club All-Ireland run, winning Leinster, and making his second debut for Dublin a decade after his first
Ireland Under-17 defender Cathal Heffernan 'in talks' with AC Milan
You may also like
2 months ago
Brendan Rodgers' stubbornness costs Leicester - again
2 months ago
Man Utd poised to trigger Brendan Rodgers clause if Solskjaer is sacked
2 months ago
Arsenal fans left fuming by refereeing inconsistency after Evans and Laporte tackles
3 months ago
Solskjaer gamble on Harry Maguire backfires in most horrendous way
3 months ago
Brendan Rodgers to turn down Newcastle approach as he holds out to succeed Guardiola
5 months ago
Jamie Vardy celebrates Wolves goal with his best shithouse celebration yet
Next Page