If there's only one Floyd Mayweather interview to watch between now and his retirement, this is it.

Just four days on from Mayweather's unanimous decision victory over perennial rival Manny Pacquiao, Money has detailed the stress that he has exorcised with the most important win of his life.

In a tremendously in-depth interview with FightHype, the undefeated welterweight revealed the toughness of his upbringing.

"My mother's brother shot my dad while my dad was holding me, when I was a little kid... My mother was on drugs and my dad went to prison for dealing drugs, and he wasn't small time."

The pound-for-pound greatest in the world right now also reveals how he would admirably bring any winnings he'd make when he first started boxing internationally back to his mother, who he calls his "sweetheart." 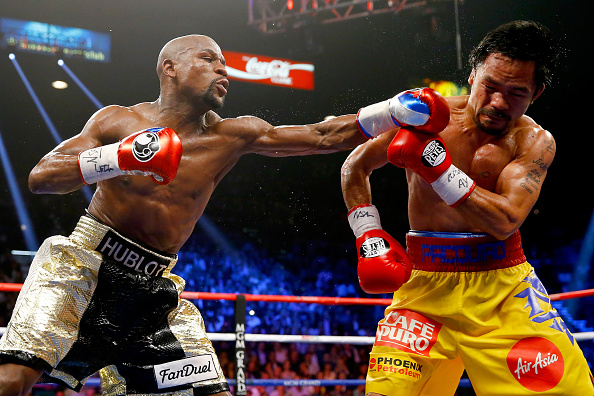 And in relation to the biggest fight of his life, it's hard to argue with Mayweather's opinion on the naysayers who believe that his victory over Pacquiao on Saturday was a boring display.

Mayweather doesn't underestimate the importance of his victory over Pacquiao, who many were considering his biggest test to date, as he revealed the significance of the win.

He was also quick to hit back at critics who are irritated by the amount of time that it took for Mayweather v Pacquiao to finally happen, with many believing that the fight happened when both were past their prime.

"The thing is that if he took the blood and urine tests, a long time ago we could have did it."


popular
Shane Lowry on his Tuesday duels with Rory McIlroy at The Bear's Club
Gary Neville confirms he will work for Qatar's beIN Sports during World Cup
Ex-Anthony Joshua opponent hopes Chris Eubank Jr gets brain damage
Predicting the 31 biggest knock-out championship games around Ireland this weekend
Two Man United players led a furious half-time inquest into Manchester derby performance
QUIZ: Name the 2018 World Cup Goalscorers
Richard Dunne slams Man United for pandering to Ronaldo during games
You may also like
9 months ago
Jake Paul taunts Floyd Mayweather with New Year's resolutions list
1 year ago
Professional boxing is on its knees and it might be too late to save it
1 year ago
Floyd Mayweather offers to train Tyron Woodley ahead of his Jake Paul fight
1 year ago
Jake Paul set upon by Floyd Mayweather and security staff after confrontation
1 year ago
Pricing plan to watch Mayweather vs Paul is suitably ridiculous
3 years ago
Manny Pacquiao agrees mystery deal with MMA promotion that paid Mayweather $9 million
Next Page