Tyson Fury took another giant stride towards cementing his legacy as one of the biggest names in heavyweight boxing.

Ahead of his bout with Tom Schwarz in Paradise, Nevada, Tyson Fury had not boxed in exactly a year. Last June 15, he drew an all-time classic with Deontay Wilder and retained his four heavyweight titles (Wilder kept his WBC belt).

Boxing fans are eager to see Fury vs. Wilder II but they may have to wait another year for that. 'The Gypsy King' has no qualms with facing the American again but wants to get in another opponent first before the two men run it back.

END_OF_DOCUMENT_TOKEN_TO_BE_REPLACED

The 30-year-old confessed to concerns over 'ring rust' as he headed into his 29th professional fight, against Schwarz, but he won at a canter.

Fury arrived to the ring dressed in homage to (the fictional) Apollo Creed from Rocky IV and immediately had the home fans on his side. Before, during and after the fight, Fury put on a show. 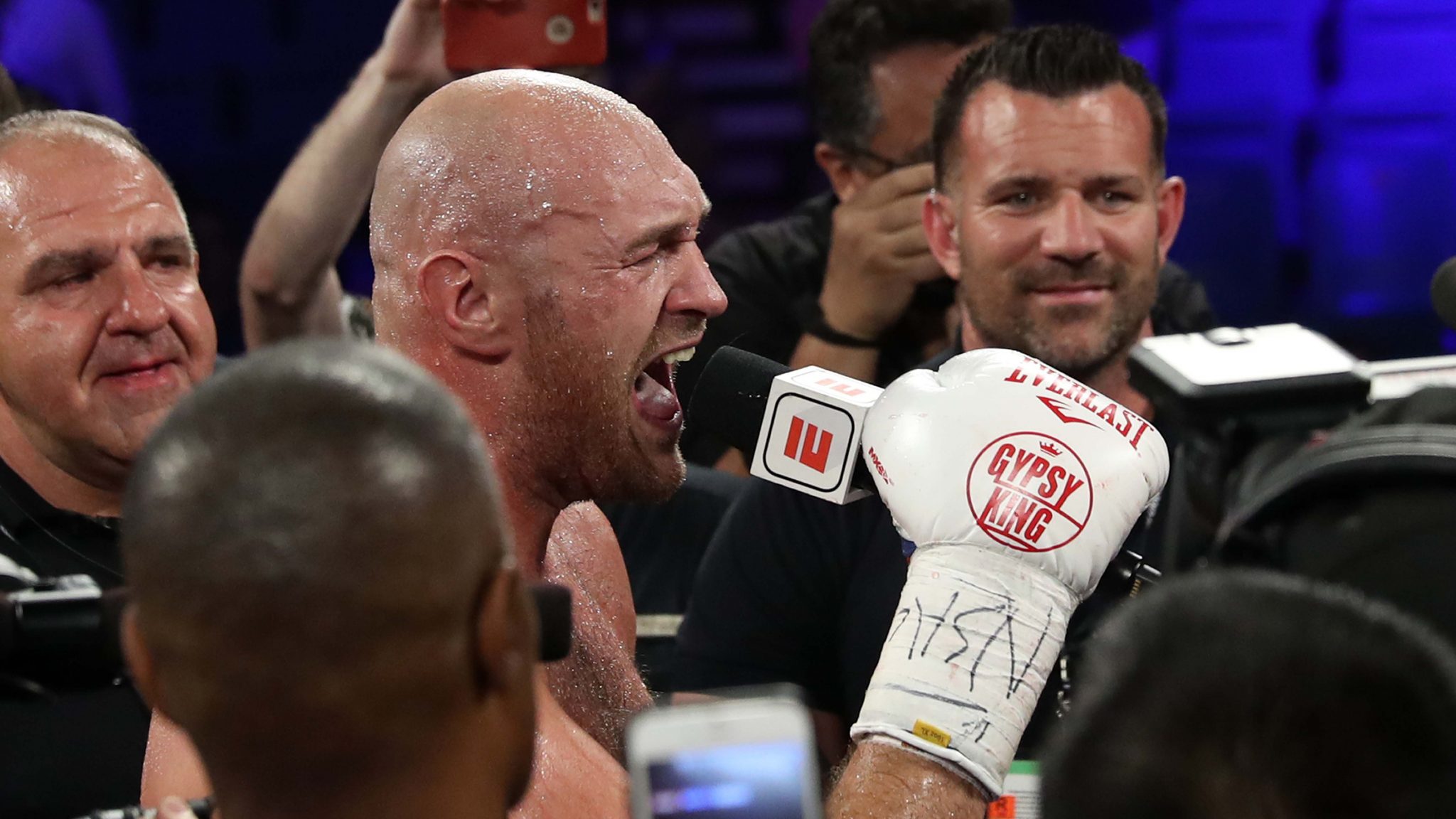 Not for the first time, Fury showed impressive agility and evasiveness in the ring, with Schwarz struggling to land a glove for long stretches and despite furious flurries and combinations.

Fury was the far superior of the fighters and picked off his opponent with ease and the referee was forced to step in as he put the pedal down in round two. Following his 28th career win, Fury declared:

END_OF_DOCUMENT_TOKEN_TO_BE_REPLACED

The mooted rematch with Wilder would be the most anticipated bout in the heavyweight division in years and Fury's crew are already calling it the biggest fight in boxing. Few would argue with that boast.

Boxing, and fighting talk, out of the way, it was time for Fury to serenade his wife, Paris with that Steve Tyler/Aerosmith tearjerker, I Don't Wanna Miss A Thing.

There is absolutely nobody like him. The most entertaining man in sports @tyson_fury #FurySchwarz 😂🎶 pic.twitter.com/2gkKuVE3uL

END_OF_DOCUMENT_TOKEN_TO_BE_REPLACED

What a tremendous voice.

Fury was not finished there. Kitted out in a gleaming white and blue floral suit, the lineal heavyweight world champion then got a couple of verses and a rousing chorus of American Pie going in the post-fight press conference.

In between all that, Fury went to visit Schwarz in his dressing room and told the previously undefeated German that he would get him on his next fight card, then extend an offer for him to come train at his gym.


popular
"I remember just hugging this Irish guy" - How one Kiwi rugby star reacted to Ireland's historic series win
Mario Balotelli, Luis Suarez, Fernando Torres and why Rio Ferdinand "hated them"
"I don’t trust you" - Joey Barton delivers brutal dismissal of Irish defender
Down county football is in tatters, but Conor Laverty is the man to piece it back together
"I'll ask for everyone that comes to the game to wear purple and roots for us" - Pat Fitzgerald
Man United target two new forwards as desperate search for a striker goes on
Former manager Paudie Murray doesn't spare Cork after camogie final loss
You may also like
4 weeks ago
Conor McGregor dismisses talk of Jake Paul fight with brutal dig at YouTuber
1 month ago
Anthony Joshua says he will be a "boxing legend" if he wins Usyk rematch
1 month ago
Tyson Fury says he's planning on fighting Mike Tyson or The Rock
1 month ago
Tyson Fury rubbishes reports he's set to come out of retirement
2 months ago
Anthony Joshua tells students he would 'crack their jaw' after Tyson Fury taunt
2 months ago
Katie Taylor calls Lisa O'Rourke to congratulate her on World Championships win
Next Page