Eddie Hearn has promised to confirm Anthony Joshua's next opponent this week but it's looking unlikely that it will be Tyson Fury.

Hearn said last week that Fury would be welcome to share the ring with 'AJ' on April 13 at Wembley but Fury's promoter, Frank Warren, responded to those claims by slamming Hearn's offer as "derisory."

'The Gypsy King' has repeatedly expressed doubts about Joshua ever agreeing to the all-British showdown but Hearn got in touch recently via text message to test the waters.

END_OF_DOCUMENT_TOKEN_TO_BE_REPLACED

In an interview with the Sunday Times, Fury revealed a text exchange with the Matchroom boss in relation to the Joshua bout.

Hearn first asked: "Before we make our move, is it worth having a conversation about the fight?" to which Fury responded: "I'm ready. How much?" 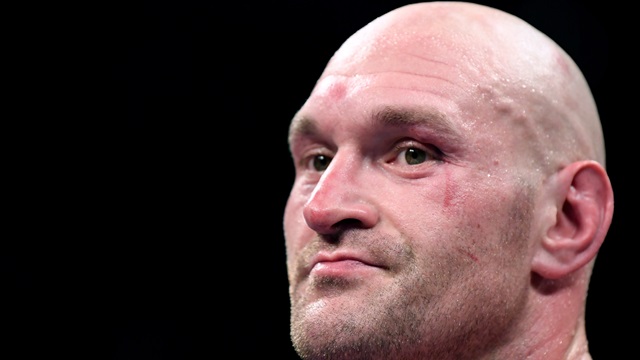 Having received no response from Hearn, Fury asked: "Have you gone cold on me?"

Hearn replied: "No. I want to do things properly."

Fury made his stance on matters very clear with his final message: "Send me your offer in writing. How much?"

Fury is currently in negotiations with Deontay Wilder to organise a rematch of their WBC heavyweight title fight and that bout looks more realistic than Fury vs. Joshua at this point in time.

The WBC ordered Wilder vs. Fury II last week and the fight will go to purse bids on February 5 if a deal cannot be struck before then.


popular
The FootballJOE Pub Quiz: Week 11
O'Hora and Keegan hammer into each other, both of them only revelling in it
McBrearty has dramatic equaliser ruled out as Naomh Conaill win Donegal grudge game
Man United's tactical issues summed up in six shocking screenshots
Jesse Lingard seeks to clear up what United fan shouted when he was warming up
Liverpool's half-time words in Old Trafford dressing room will please fans greatly
Man United experiencing their Bishop Brennan getting kicked up the arse moment
You may also like
1 week ago
New footage shows exactly what Deontay Wilder said to Tyson Fury after trilogy fight
2 weeks ago
Deontay Wilder's trainer reveals why Wilder refused to show respect to Fury after defeat
2 weeks ago
Tyson Fury's message to Deontay Wilder in 2017 has aged like a fine wine
2 weeks ago
Tyson Fury raves into the night in Las Vegas club after knocking Wilder out
2 weeks ago
Deontay Wilder refused to shake Tyson Fury's hand after titanic tussle in Sin City
2 weeks ago
Eddie Hearn claims Anthony Joshua is 'obsessed' with winning rematch against Usyk
Next Page