Tyrone McKenna just won an absolute war against Jose Felix Jnr in what has to be the fight of the night at Belfast's Falls Park.

It was on the undercard to Michael Conlan's world title eliminator against TJ Doheny, but it will take something special to top it.

END_OF_DOCUMENT_TOKEN_TO_BE_REPLACED

McKenna is known for his all-action style, like something from a Rocky movie, the Belfast native knows nothing but coming forward and throwing punches in bunches.

Despite being over six foot and taller than most of the fighters at super lightweight, the southpaw refuses to box at range, and just invites the war - and a war is what he got. 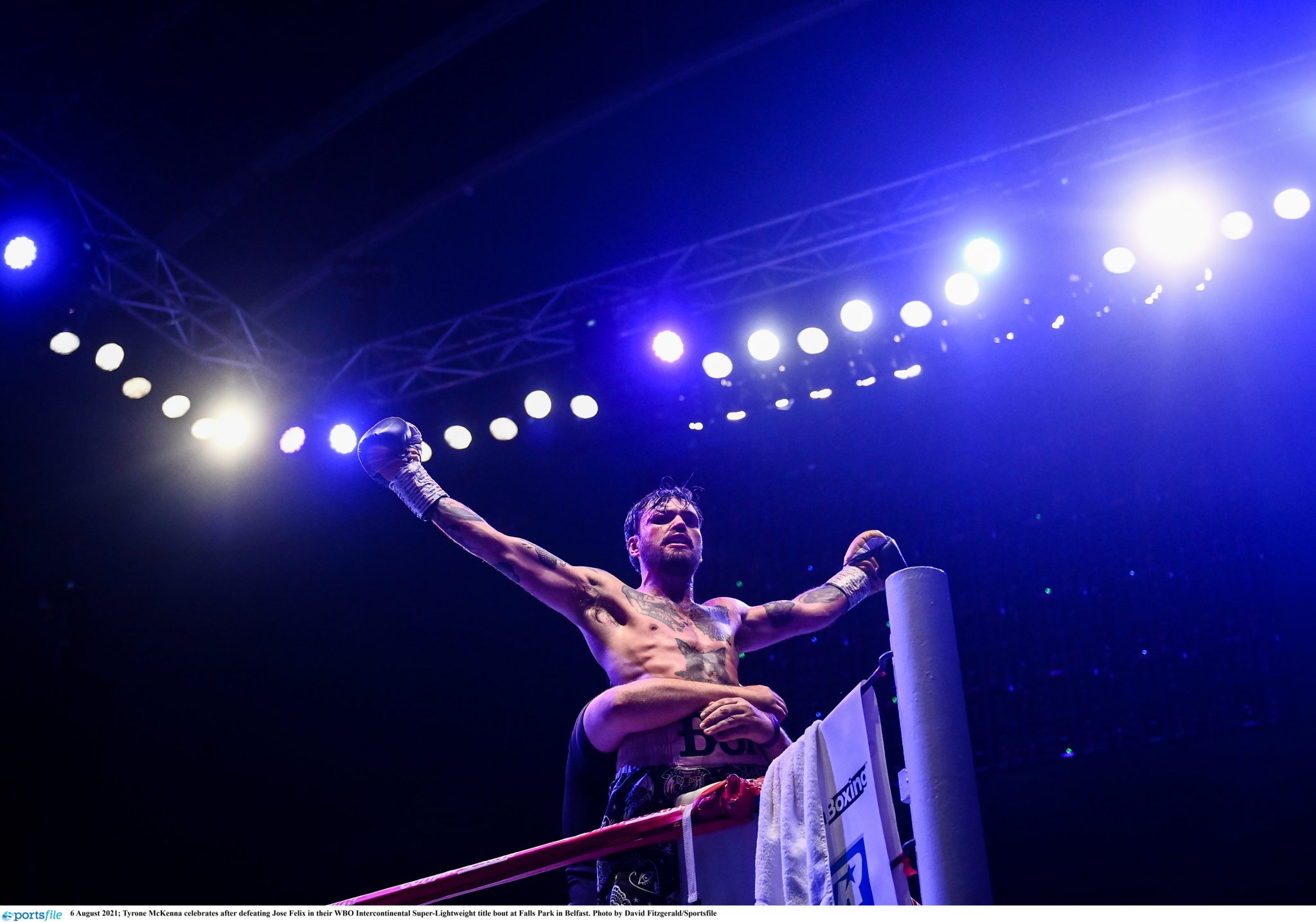 After 10 rounds of action at what seemed a million miles an hour, the two finished the last round as they started the first - swinging relentlessly, coming forward and not giving an inch.

Despite the bout being very competitive, McKenna was the clear winner, and took the vacant WBO Inter-Continental title for his troubles.

Afterwards in his post-fight interview, the 31-year-old was as equally entertaining as he was in the ring.

"They come out and support their own, I mean it was torrential rain today, and still 8,000 people came and showed their face."

Kudos to @Tyronemck for respecting the undisputed super-lightweight champ @JoshTaylorBoxer and staying humble! 👑

What a show of boxing it's been so far at #FeileFightNight 🥊 @FiteTV pic.twitter.com/yos2d6WCkX

"And the fighting is over."


popular
Spicy Donegal semi-final the highlight of a rip-roaring weekend of GAA on the tv
Shane Walsh: 'That's not how I was coached to play football. No one was coached to play football that way'
"Ah, come on!" - Richie Sadlier and Didi Hamann couldn't even agree to disagree on Griezmann's red
Seven exciting Ireland prospects pushing for November squad inclusion
Derry club win county final factfile games with extravagant set of jobs
"Where Johnny Sexton is so important to us now is being able to pass the baton"
Galway fans' frosty reception for Davy Fitz doesn't make any sense
You may also like
1 week ago
Tyson Fury's message to Deontay Wilder in 2017 has aged like a fine wine
1 week ago
Tyson Fury raves into the night in Las Vegas club after knocking Wilder out
1 week ago
Eddie Hearn claims Anthony Joshua is 'obsessed' with winning rematch against Usyk
1 week ago
Tyson Fury insists that his weight "doesn't matter" ahead of weigh-in for Deontay Wilder fight
2 weeks ago
Katie Taylor's 2016 Rio defeat deserves further investigation according to corruption report
2 weeks ago
Rocky IV returning to cinema with extra 40 minutes in director's cut version
Next Page